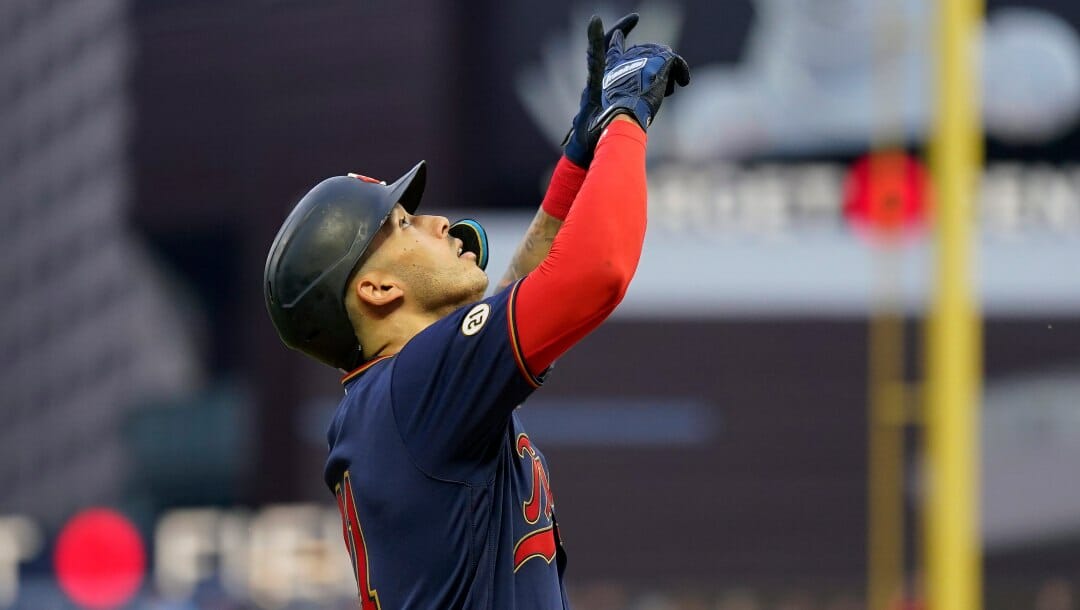 After just one season with the Minnesota Twins, Carlos Correa has opted out of his contract and is now a free agent. The decision wasn’t shocking — the Twins failed to make the playoffs in 2022, despite leading the AL Central for a good chunk of the regular season, and the 28-year-old shortstop has made it clear that he wants to contend.

So where does he go now?

Correa played seven seasons with the Houston Astros before declining their qualifying offer at the end of 2021 and signing a three-year, $105.3 million contract with the Twins. His new deal included opt-out provisions after each season, which he exercised after the 2022 season to become a free agent.

Correa sent it to the 'pen pic.twitter.com/tUiSafzWKQ

Considering Correa’s contract with the Twins had a $35.1 million average annual salary — the highest for an infielder at the time of signing — the 28-year-old is unlikely to come cheap. Despite opting out of another season with Minnesota, Correa isn’t going to accept much of a pay cut, and rightly so.

The only black spot on Correa’s record is his involvement in the 2017 Astros cheating scandal. Correa admitted he used the trash can system to steal signs during his at-bats in Houston, so there’s no denying his active participation. Fans across the league are still furious about the entire scandal, particularly because no players were ever disciplined. Clubs could consider this when deciding whether or not to sign the shortstop.

Controversy aside, Correa is clearly a high-caliber and reliable player, and there’s unlikely to be a shortage of teams vying for him in free agency.

With Trea Turner now a free agent, the Dodgers are in the market for a shortstop, and we all know they aren’t afraid to spend money to get a top player.

In 2022, Los Angeles had a fantastic regular season followed by a disappointingly-short postseason. If the Dodgers want to back up their 111 wins and make waves again in 2023 — hopefully with a more satisfying ending this time— bolstering their roster with a top infielder like Correa would be a great place to start.

The only reason I can see the Dodgers hesitating to sign Correa is if there are still some hard feelings about his involvement in the Astros cheating scandal. Playing the Astros in the World Series that year, the Dodgers were directly cheated out of a title, and that’s a wound that will take a long time to heal, if it ever does.

It’s now just a question of whether the Dodgers consider Correa talented enough to forgive.

I know what you’re thinking — the Cubs have a shortstop. Nico Hoerner is widely considered to be the future of the team and isn’t going anywhere. So why would the Cubs consider signing Correa?

If Correa were to sign with the Cubs, Hoerner could move to second base, which is unlikely to be a major issue. Hoerner primarily played second base in 2020 and 2021 before the team traded star shortstop Javier Báez to the New York Mets. Moving him back to make way for Correa would be an easy fix.

The only reason I can see Correa being reluctant to sign with the Cubs is they are still quite deep in a rebuild. Even though the team showed some promise in the second half of the 2022 regular season, and signing a star player like Correa would likely move the rebuilding efforts along a lot quicker than expected, it’ll probably still be at least another year before the Cubs are a top contender again.

Will Correa want to hitch his wagon to a rebuilding team? Money is an incredible motivator, so if the price is right, maybe that’ll be enough.

The Orioles had a decent season in 2022, finishing fourth in the AL East with a record of 83-79 and were just three games back from a Wild Card spot. As the team’s rebuild comes to an encouraging end, GM Mike Elias is expected to make major moves this offseason to bolster the roster for 2023.

The Orioles are looking to make waves, and signing Correa would do exactly that.

Baltimore’s current shortstop, Gunnar Henderson, is largely viewed as the future of the team, but I doubt transitioning him to second base would be a major issue. The Orioles also have Jorge Mateo, but he’s proven to be a far better utility player than he’s likely to ever be as a full-time shortstop.

Correa is looking to compete for another championship, and now, so are the Orioles. The team has plenty of room on their payroll to add a top player, and even if a contract as good as his one in Minnesota is a big ask, Baltimore’s offer to Correa is likely to be impressive.

Signing Correa would be a big move for the Orioles, but it’s one that makes a lot of sense. Even with an uncertain ownership situation, the time has come for Baltimore to move into their next phase. Perhaps Correa will be a part of it.