Freddie Freeman News: His Fight for the Atlanta Braves 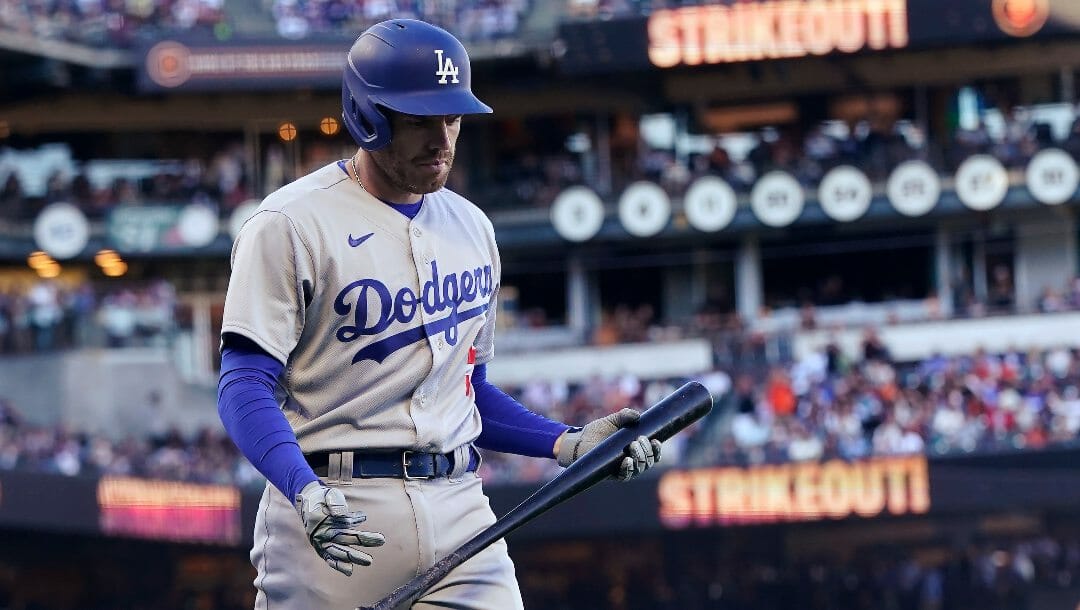 You can take the player out of Atlanta, but you can’t take Atlanta out of the player.

Freddie Freeman has hit eight home runs and 46 RBI for the Dodgers this season, helping the team climb to the top of the baseball standings for the NL West. Everything seems to be going swimmingly for the first baseman, so what’s the recent drama?

Freeman was part of the Atlanta Braves organization for nearly 15 years — from his second-round selection in the 2007 MLB Draft until his contract was up at the end of the 2021 season. He made five All-Star teams, was named NL MVP in 2020, and won five Silver Sluggers and one Gold Glove during his time on the team. After helping the Braves win the 2021 World Series, nobody thought Freeman would hit free agency, least of all the first baseman himself.

“I didn’t think I’d ever get to free agency if we’re being honest about it,” Freeman told reporters in March 2022. “I think I’ve been pretty honest throughout the whole 2021 season when I was a Brave and prior to that I thought I was going to spend my whole career there.”

According to Freeman, the Braves did not readily engage in contract negotiations until the 2021 season started, with the team offering a five-year, $125 million contract before the trade deadline. Excel Sports Management declined, acting on Freeman’s behalf, and the Braves increased their offer to five years and $140 million following the season — but Excel insisted on adding a sixth year.

That’s when things took a turn. Excel gave the Braves an ultimatum — they offered two proposals and gave Atlanta an hour to accept one of them. The Braves did not take well to the aggressive approach, declining both proposals, pulling their existing offer, and acquiring first baseman Matt Olson from the Oakland Athletics the following day on an eight-year deal. It was a hell of a way for the Braves to call Freeman’s bluff, and it was pretty clear that Freeman’s agents had officially screwed the pooch.

Despite the shock of no longer being a Brave, Freeman signed a six-year, $162 million contract with the Los Angeles Dodgers just days later, and he debuted with his new team on April 8, 2022. His batting average for the season is at .306 with a .892 OPS, and he generally seemed to be fitting in just fine — which brings us to last week.

On Friday, June 24, the Dodgers traveled to Atlanta for their series against the Braves, and Freeman gave an extremely emotional press conference about returning as a visitor.

“I am just happy to be back,” Freeman said through tears. “I love the Braves organization with all my heart, and that will never change.” He was presented with his 2021 World Series ring later the same day to a standing ovation from the Atlanta crowd.

But not everybody was stoked by the tearful reception. Implying that there may be some animosity brewing, Dodgers pitcher Clayton Kershaw commented, “He’s obviously been a big contributor for our team. And I hope we’re not second fiddle. It’s a pretty special team over here, too. I think whenever he gets comfortable over here, he’ll really enjoy it.” Kershaw declined to elaborate further, but the nostalgic trip clearly affected Freeman on a deeper level.

Following the series, Freeman returned to LA and reportedly fired his agents at Excel, now listing himself as self-represented. Although he didn’t officially confirm that he had cut ties, Freeman made a statement to MLB.com, explaining, “Last weekend in Atlanta was a very emotional time for me and my family. I am working through some issues with my longtime agents at Excel. My representation remains a fluid situation and I will update if needed.”

Freeman’s position is entirely understandable. He wanted to spend his entire career with Atlanta, but his agents overplayed their hand, and now he’s in Los Angeles, presumably paying far too much for coffee. He is perfectly justified in firing his agents at Excel, and hopefully, he will secure new representation that better manages his interests.

However, it’s also understandable why Dodgers fans, and perhaps Freeman’s teammates, aren’t happy with the public statements implying that he wishes he was still with Atlanta. Freeman has been with LA for nearly three months, the team has World Series odds of +450, and he is starting to sound like a newly married man who won’t stop talking about his ex-wife.

If Freeman’s heart is still with the Braves, how can fans and bettors trust he is giving his all to LA? I think his performance this last weekend in Atlanta, where he nailed four hits and an RBI for the Dodgers, proves his nostalgic love isn’t exactly hurting the team, and MLB betting fans shouldn’t be worried, but I understand the frustration.

So, could a trade be on the horizon? Freeman may be reminiscing about the good times, but I doubt he will be heading back to the Braves. He will likely spend the rest of his career in Los Angeles, continuing to wreak havoc on any team he crosses, and Atlanta fans will eventually rue the day he hung up their jersey. But with new representation comes new opportunities, so maybe we will see trade attempts in the offseason — only time will tell.