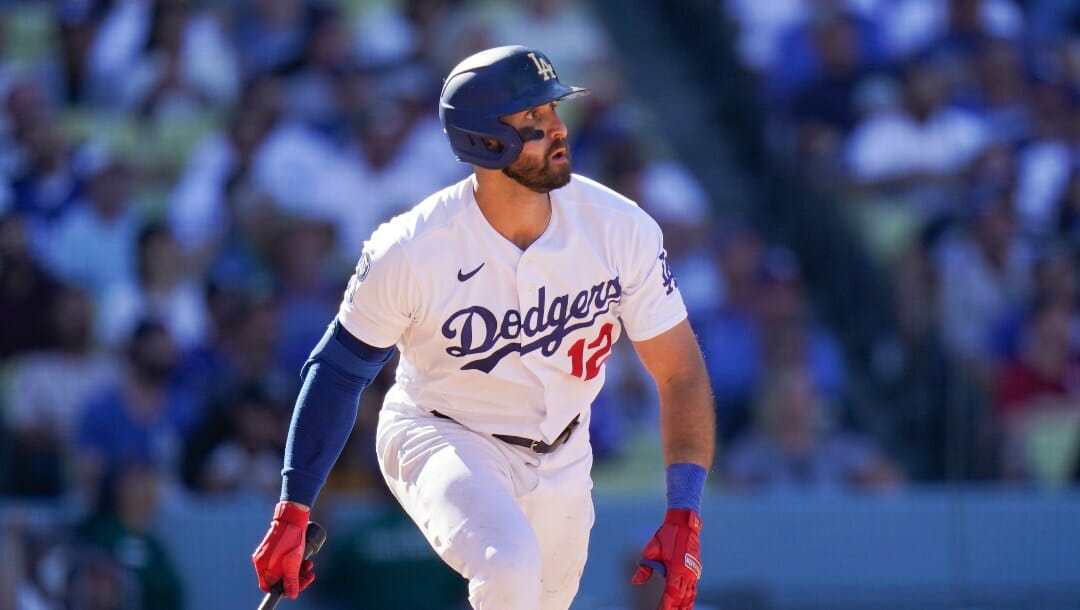 After an extremely disappointing season split between the East and West Coasts, Joey Gallo is now officially a free agent. The 28-year-old outfielder was traded from the Texas Rangers to the New York Yankees on July 29, 2021, where he struggled to find his feet before being traded again, this time to the Los Angeles Dodgers on Aug. 2, 2022.

Before his trade, Gallo commented on his struggles with the Yankees and the fans’ reactions to his disappointing season.

“I don’t go out in the streets,” he said. “… I really don’t want to show my face too much around here… I went through a lot of adversity and I really had to question myself a lot. My confidence suffered. I would say I hit rock bottom for the big leagues.”

Apparently, not everyone in New York has realized mercilessly booing and harassing a player isn’t the best way to get him to perform well. Thankfully, things seemed to get at least slightly better for Gallo once he was in L.A., but it didn’t last particularly long.

Now that Gallo is on the market, his future in baseball is unclear. His value has never been lower, but I personally think it’s too early to write him off as finished.

Joey Gallo got there just in time.

Since Gallo wasn’t continuously with the organization from Opening Day until the end of the regular season, he is not eligible to receive a qualifying offer from the Dodgers, though they can still re-sign him in free agency.

After his highly underwhelming season — which was only marginally better in Los Angeles than New York — I don’t see him being offered a deal longer than a single season. Still, another year on the West Coast isn’t out of the question.

As he admitted himself, there was a certain mental element to his struggles in 2022, including not being able to cope with the aggressive fan base in New York. He had less than three months to turn it around in Los Angeles, so perhaps the Dodgers are prepared to bet an offseason of rest will be enough for the outfielder to get his head back in the game.

Gallo made his name with the Rangers. He was selected as an All-Star in 2019 and 2021, and won the Gold Glove Award in 2020 and 2021. Gallo was a much different player after he left Texas, so will the Rangers take him back?

The Rangers just hired Bruce Bochy as their new manager, and he’s expected to help get the team back on track after a disappointing season in 2022. The Rangers ended the regular season fourth in the AL West with a record of 68-94. Perhaps reminiscing of better times will lead the Rangers back to Gallo.

Gallo has never been a .300 hitter — he’s always been known to strike out a lot, but when he makes contact, he hits big. The trick is getting his hit rate high enough to justify the strikeouts. Something in Texas worked for him a few years ago, and maybe a return to the Lone Star state is what he needs.

In 2022, the Cardinals had some issues in the outfield.

Harrison Bader and Tyler O’Neal both spent time on the IL, and even when the team was healthy, Dylan Carlson tended to be an unreliable performer. Adding another outfielder to the roster, especially one with Gallo’s defensive skills, could be extremely beneficial.

St. Louis put up some incredible offense in 2022, with Paul Goldschmidt and Nolan Arenado both named as finalists for the NL Most Valuable Player Award. The Cardinals won the NL Central to advance to the playoffs but were eliminated in the Wild Card Series by the Philadelphia Phillies.

The team is expected to make some moves in the offseason to help secure the Cardinals’ chances of contending next season — could Gallo be of them?

Gallo will likely come very cheap after last season, so signing him is relatively low-risk and potentially very high reward. If he can get back into the form he had in Texas, he could be a huge asset to the Cardinals, both in the field and alongside Goldschmidt and Arenado at the plate.