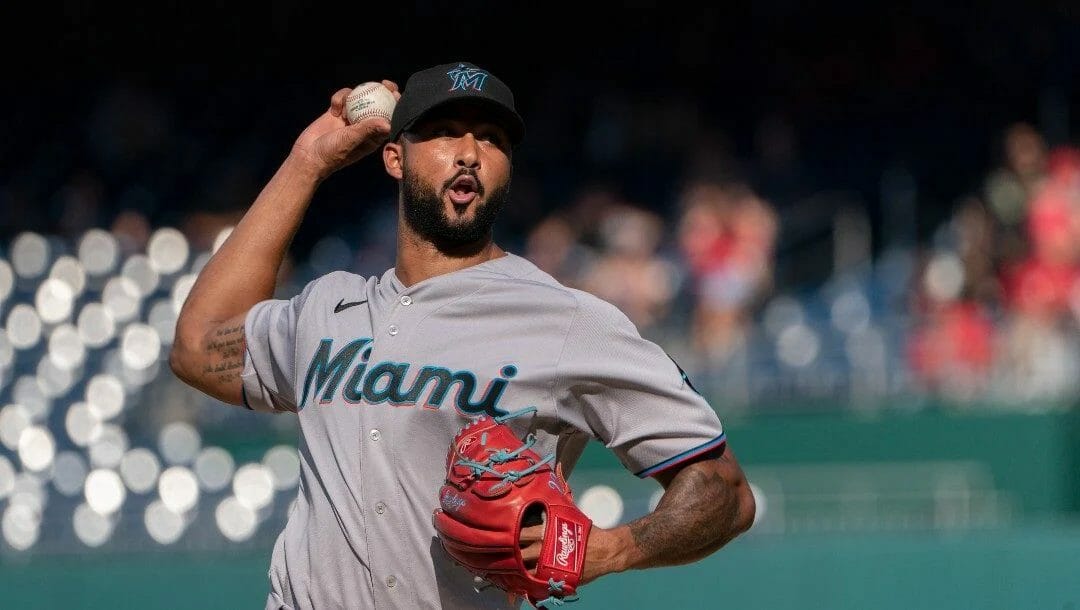 Baseball provides bettors with a number of different ways to bet over the course of the season.

Instead of getting into the MLB betting lines, it may be worth taking a look at some futures bets, which have already changed quite a bit in the young season.

Here’s a look at the updated odds for this year’s National League Cy Young.

Last Week: Sandy Alcantara (14-8) turned in another masterful performance, picking up his 14th victory as the Marlins downed the Washington Nationals 4-1 Saturday night at LoanDepot Park.

The right-hander yielded just one run on three hits over eight innings, striking out 11. He walked one. Miami’s workhorse continues to strengthen his grip on the National League Cy Young award. He leads the majors in complete games (five), stunningly more than any staff across MLB has compiled, while his 220.2 innings pitched far outdistance his competitors. The 27-year-old sits second in the NL in ERA (2.32) among qualified pitchers and fifth in WHIP (0.99).

This Week: Alcantara’s next start is slated for this Friday in Milwaukee as the Marlins battle the Brew Crew in a four-game series at American Family Field. He is projected to close out Miami’s season on October 5, taking the ball against the Atlanta Braves.

Last Week:  Zac Gallen (12-3) deserved a better fate in his September 22 start against the Dodgers. Despite fanning a career-high 13 and yielding just one earned run on two hits over eight innings, the right-hander could manage only a no-decision as the Dodgers rallied in the ninth to secure a 3-2 victory. Gallen has enjoyed a breakout season, leading the NL in both WHIP (0.89) and opposing batting average (.180) while sitting third in ERA (2.46) among qualified pitchers.

This Week: Gallen is slated to toe the rubber this Wednesday in the finale of a mini two-game series with the AL West Division champion Houston Astros.

Last Week: Julio Urias (17-7) did not factor in the decision in his September 22 start, the Dodgers rallying for two runs in the ninth to edge the Arizona Diamondbacks 3-2. The left-hander worked 5.1 innings, giving up just one earned run on three hits. He struck out five and walked one. Among qualified pitchers, Urias leads the NL in ERA (2.25) and is second in opposing batting average allowed (.195).

This Week: Urias is scheduled to face the San Diego Padres on Wednesday, the second of a three-game series with the Friars at Petco Park.

Last Week: Max Fried (13-7) shouldered a tough loss in his lone start last week as the Braves were edged 1-0 by the Philadelphia Phillies at Citizen’s Bank Park on Thursday. The left-hander scattered five hits over five innings of work, giving up one run while striking out eight. He walked one batter. Fried is now 1-3 in his last five starts, a record that belies how well the 28-year-old has pitched.

This Week: Though yet to be confirmed, Fried’s next start is likely on September 27, the second of a three-game set with the lowly Washington Nationals at Nationals Park.