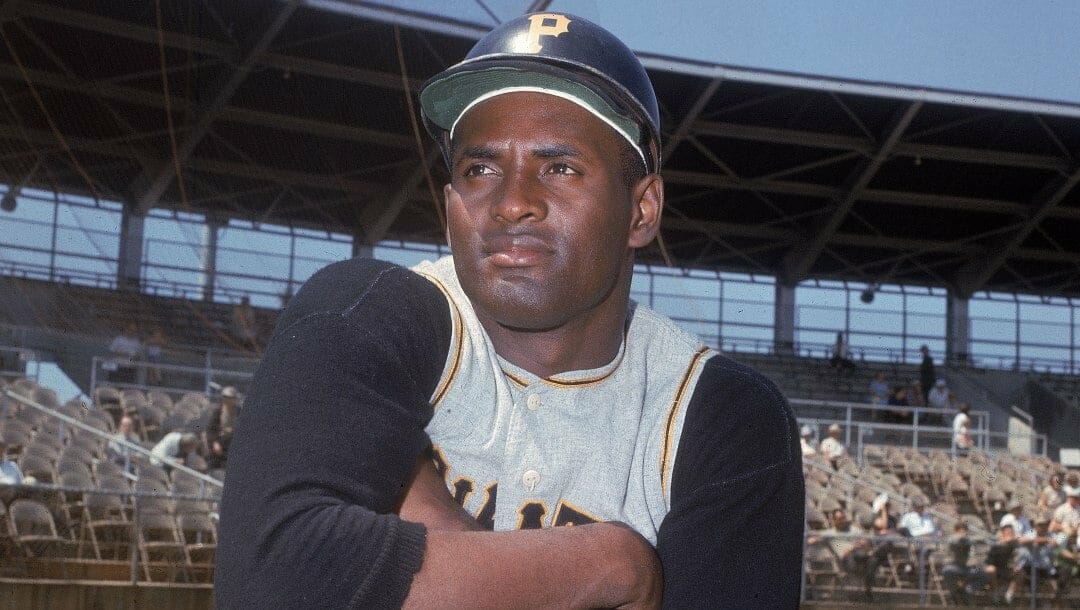 There are many ways an MLB player can leave his mark on the sport, but for some, their impact extends beyond the game.

In September of each year, Major League Baseball takes a moment away from World Series odds and baseball standings to honor Roberto Clemente’s legacy and recognize sportsmanship, community involvement and positive contributions, both on and off the field.

This recognition culminates in the Roberto Clemente Award, with each team nominating one player for the honor and the winner announced at the World Series.

Who Was Roberto Clemente?

For those unfamiliar, Roberto Clemente was a 15-time All-Star who tragically died in a plane crash on New Year’s Eve, 1972. At the time of his death, he was attempting to deliver supplies to earthquake victims in Nicaragua.

Clemente played 18 seasons for the Pittsburgh Pirates, winning the Gold Glove Award in 12 consecutive seasons from 1961 through 1972.

Roberto Clemente was named MVP of the 1971 World Series after going 12-for-29.

This home run came in Game 7 as the @Pirates defeated the Orioles, 2-1. #ClementeDay pic.twitter.com/Q7mdKfWDrx

Clemente’s stellar career was recognized by his posthumous induction into the National Baseball Hall of Fame in 1973, but his hard work and dedication didn’t end on the field.

During the offseasons, Clemente was involved in charity work in Latin American and Caribbean countries, particularly delivering baseball equipment, food, and aid supplies to those in need.

Managua, the capital city of Nicaragua, was affected by a massive earthquake on Dec. 23, 1972, and Clemente arranged emergency relief flights to deliver aid to the area. After the first three flights were diverted by corrupt officials of the Somoza government, with the aid packages never reaching victims of the earthquake, Clemente joined the fourth flight in the hope that he could assist in ensuring it reached its destination.

Immediately after takeoff on Dec. 31, 1972, the plane carrying Clemente and four others crashed into the Atlantic Ocean off the coast of Isla Verde due to engine failure. There were no survivors, and Clemente’s body was never recovered.

After his death, Major League Baseball established Roberto Clemente Day to honor the right fielder’s incredible legacy. In September of each year, the league reflects on the efforts that players and individuals can make through community involvement and the inspirational life of Roberto Clemente.

On or prior to Roberto Clemente Day, the nominees for the season’s Roberto Clemente Award are announced. Each team nominates one player from their team who they believe represents the game through extraordinary character, philanthropy, and positive contributions, both on and off the field.

Goldschmidt is the #STLCards' 2022 nominee for the Roberto Clemente Award and says it's a great honor.

Marmol says Goldy's work off the field is just as important as all of his work on the field: "This is a guy that truly cares about people. He is as giving as they come." pic.twitter.com/tec3002EiA

The winner of the Roberto Clemente Award is announced at the World Series.

Which Players Have Won the Roberto Clemente Award?