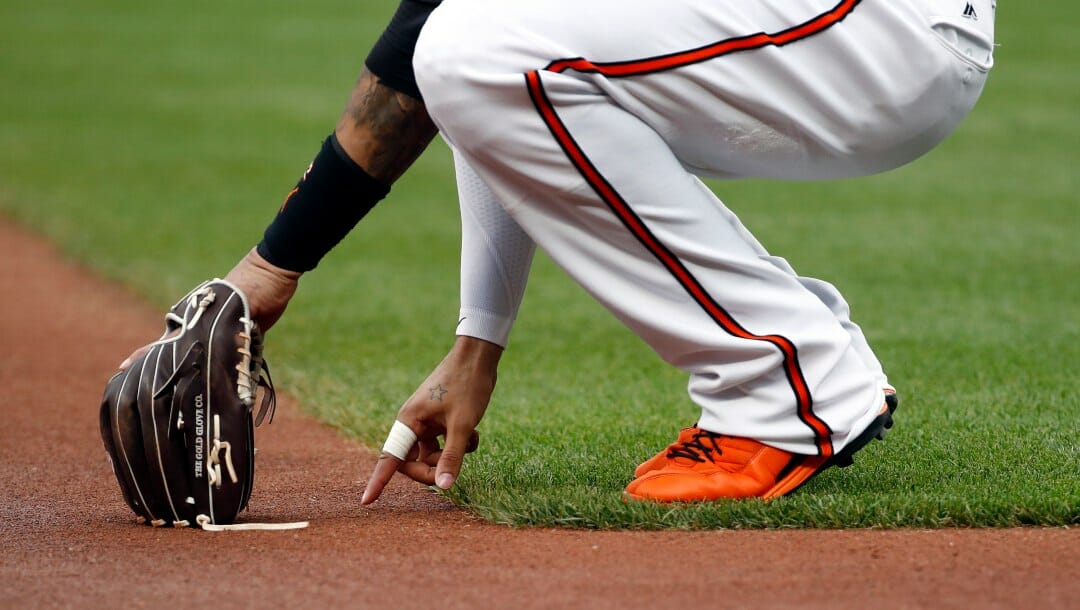 Innovation is a natural and important part of any sport. From new training methods to creative offensive tactics, talented players and coaches will always find ways to leave their mark. But how far is too far?

With 2022 World Series odds on everybody’s mind, commissioner Rob Manfred is forcing players and fans to look to the future. On Friday, he officially announced that beginning in 2023, MLB is restricting player defensive shifts, among other changes. Two main defensive moves will be affected, if not entirely eliminated — the infield shift and the outfield shift.

Under the new rule, the defensive team must have at least four players on the infield dirt, with at least two infielders completely on either side of second base. If the infielders are not aligned in accordance with this rule at the time of the pitch, the batting team can choose to either accept the result of the play or take an automatic ball.

According to the MLB, these defensive shift restrictions are intended to increase the batting average on balls in play, allow infielders to showcase their athleticism, and restore the traditional outcomes on batted balls.

So what does this mean for popular defensive alignments, and why is it important?

What is the Infield Shift?

Once an innovative and rare occurrence, the infield shift is one only too familiar for left-handed batters. The infield shift involves over-shifting three infielders to the right side of second base, effectively creating a shortstop-like fielder between first and second instead of between second and third. This is a common defensive move when left-handed batters are at the plate; it better covers the area of the field where the batter is most likely to hit the ball.

While technically moving fielding players out of their assigned positions, I have personally never seen this shift as detrimental to the game, so long as the shortstop isn’t obnoxiously far from second. So long as all four players are still on the infield dirt, this moving around second base to cover the same area on the other side of the field seems to increase fairness, if anything at all.

From my understanding of the new rules, this shift can still occur, albeit with slightly more defined positioning. If the second baseman moves in between first and second, and the shortstop moves to cover second base from the left side, there will still be four defensive players on the infield dirt, with two completely on either side of second base.

What is the Outfield Shift?

The outfield shift, also known as the 4-man outfield, involves the defensive team’s second baseman leaving his traditional position and moving into the outfield. The center-fielder and right-fielder shift towards left field, making space for the second baseman to step into alignment in right-field, creating a line of four defenders across the outfield.

5 plays with effective positioning for getting the out pic.twitter.com/ADdeoens6z

This tactic is employed to limit the ability of power hitters to find undefended space in the outfield to land doubles or triples. It effectively forces batters to rely on base hits and walks to get around the diamond, since anything bigger is quickly defended without outfielders needing to cover as much ground.

Why are Defensive Shifts a Problem?

I have an analogy — bear with me.

There is an episode of the Netflix documentary series “Losers” that focuses on a Canadian curling team who essentially reinvented the game to their advantage. Pat Ryan and Team Alberta created a new game tactic where point scoring was decreased by simply hitting everything on the ice, preventing any real challenge or excitement. No other team had an answer for it, and despite the strategy being extremely effective, the sport’s governing bodies eventually banned it.

Why? Because even though it worked, and it worked very well, it was just painfully boring to watch. Team Alberta won the 1989 Brier final with fans chanting “Boring! Boring!” around them. The sport was hemorrhaging fans, and it was widely accepted among watchers that the players just weren’t really playing the game “right.”

So what does this have to do with baseball? Well, defensive shifts, especially the 4-man outfield, are effectively the same problem in MLB form.

These defensive shifts work. The league’s batting average on balls in play of .291 in 2022 is six points lower than in 2012 and 10 points lower than in 2006. The outfield shift limits the ability of big hitters to hit big, and while I appreciate the strategy, is that really the direction fans or players want to take the game?

Behold the beauty of a four-man outfield shift vs. Joey Gallo: pic.twitter.com/rUvM23dYIM

Sure, batters could take advantage of the open infield by bunting (because watching full games of power hitters bunting will no doubt be an adrenaline-filled blast for fans), but with shifted fielders and small hits to adapt, at some point, the MLB was bound to just say it’s outside of the rules of the game.

Baseball is a game of tradition in so many ways, and sometimes creativity and loopholes move away from what the game is. If players can just defend from wherever suits their tactic, what’s even the point in assigning positions?

As with all new rules, there will likely be a period of confusion and adaptation at the start of the 2023 season.

Fans and players have expressed fear that significant moments in a game could be lost because of minor infractions that had no effect on the play, e.g., one infielder accidentally had a foot off the infield dirt at the time of pitch. These issues will likely come up, but players will just have to adjust their fielding to ensure they are properly aligned.

The reality is that players and coaches will continue finding ways to innovate the sport of baseball. This isn’t the death of creative fielding by any means, and these rules are actually likely to have precisely their desired effects — bringing back a lot of excitement for big hitters and fans.