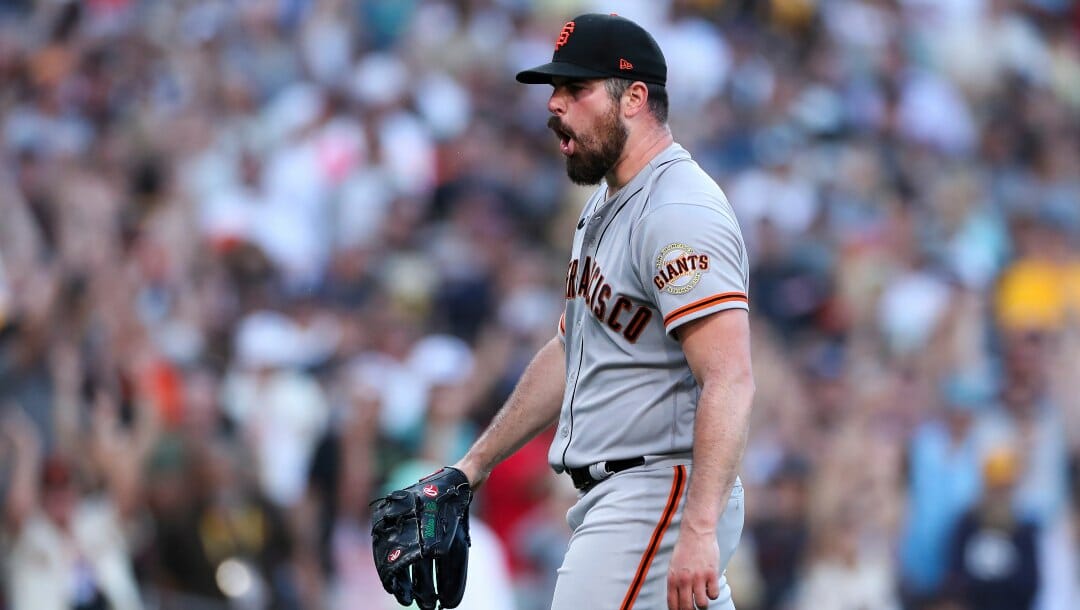 The MLB Trade Deadline is Tuesday, August 2, marking the last point during the season when players can be traded. Rumors of which high-caliber players could be involved in a deal have swirled for weeks, with buyers urgently looking for missing links in their rosters before the playoffs and sellers taking the opportunity to trade their top players for prospects to thrive in future seasons.

Although the San Francisco Giants have not had a completely disastrous year, they are now effectively out of contention for the playoffs. Currently in third place in the NL West with a record of 51-51, the team is fifth in the Wild Card standings with unlikely World Series odds of +8000. With plenty of strong teams in the NL, San Francisco is now focusing on the future, which means selling.

With less than 48 hours for the Giants to make moves for a future rebuild, everything is on the table regarding their list of players potentially up for sale. It was reported over the weekend the team is also listening to offers on their veterans, a few of whom are likely to make substantial waves on the trade market.

Rodón entered free agency from the Chicago White Sox after the 2021 season and signed a two-year, $44 million contract with the Giants on March 14, 2022. The new contract included a clause that allows Rodón to opt-out after the first year, provided he has pitched 110 innings, a milestone he reached in late July.

Because of this, Rodón is expected to re-enter free agency at the end of the season, encouraging the Giants to make a trade now instead of simply losing the pitcher with nothing in return in a few months.

The veteran southpaw has had serious injury issues in the past, but they don’t seem to have hindered him this season. Rodón’s ERA is sitting at an impressive 3.00 with a 1.07 WHIP and 158 strikeouts in 123 innings. After initially being snubbed, he was named a National League All-Star to replace Brewers closer Josh Hader. With Luis Castillo now off the trade market, Rodón is arguably the best pitcher available before the deadline.

Ironically, one team who needs a pitcher like Rodón is the Chicago White Sox, who declined to extend a qualifying offer at the end of last season. The White Sox are in third place in the AL Central but seem to fancy themselves for a late-season comeback, so I expect them to take a rather strong buying approach over the next couple of days.

Perhaps we will see Rodón on their radar, but the Giants will likely have plenty of teams on the phone over the next 24 hours.

Pederson will be a free agent at the end of this season, putting the Giants in the same position as with Rodón when it comes to trading now instead of simply losing him in a few months. The outfielder has been with San Francisco since March when he signed a one-year, $6 million contract.

The two-time World Series champion is slashing .242/.319/.492 this season with 43 RBI and a team-leading 17 home runs. He was selected to start for the National League in the 2022 All-Star Game, his second time receiving the honor, and is likely to attract a lot of attention as a free agent if he does not get traded.

Perhaps the most likely team to want Pederson before the deadline is his former squad, the Los Angeles Dodgers. Pederson was with the Dodgers from 2014-20, and with the team now leading the NL West with World Series odds of +350, a familiar face they know can fit in quickly will likely be a very attractive deal.