Soccer Live Betting: How to Live Bet on Soccer Odds 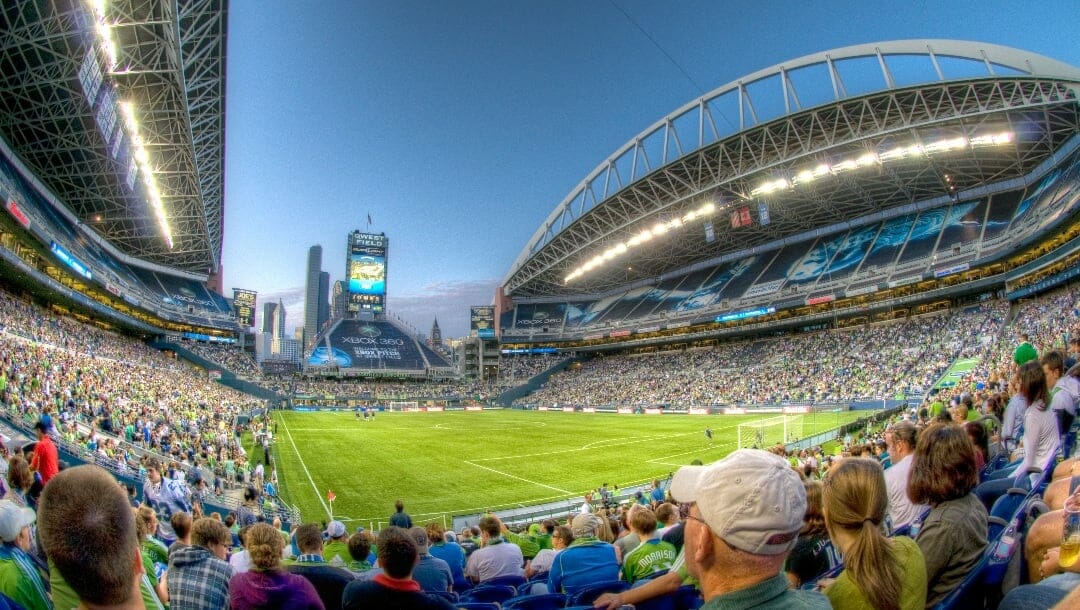 The excitement of soccer betting doesn’t stop when the match starts.

From MLS or Champions League to the World Cup or the Premier League, live betting is available for thousands of soccer matches each year.

What is Live Betting?

Live betting ups the ante on every free kick, save, tackle, and goal. It’s the perfect way for soccer diehards to leverage their knowledge into payouts, casual fans to add entertainment and monetary investment to every match, or novices to learn the game by tracking odds.

For example, Chicago Fire FC hosted Inter Miami at Soldier Field on Saturday, May 22. In search of their first win of the season, Chicago was the favorite at +115 in MLS odds – Miami was +200 while a draw was +250.

With defensive and attack issues, maybe +115 wasn’t a big enough number for you to place a pre-match wager on the Fire, nor was +200 for Inter Miami with the ugly CF Montreal loss still fresh in your mind. Instead, you bet on the over/under total, placing a $50 wager on under 1.5 goals (-190) for a potential payout of $76.32

Or maybe you built a soccer parlay, combining the over/under (-190) bet with a bet on Orlando City (moneyline at +110) in their match against Toronto FC. The potential payout for a $50 parlay bet was $160.27.

Regardless of any pre-match positions, when the match began shortly after 5 p.m. local time, soccer live betting opened for all customers. From opening kickoff through the final whistle, you can place live bets.

How to Place Soccer Live Bets

While watching an MLS match on TV, streaming three matches simultaneously on your computer, or watching the Colorado Rapids battle Atlanta United from front-row seats at Dick’s Sporting Goods Park, you can also place live bets on all MLS matches with BetMGM’s easy-to-use interface.

After a scoreless first half in which the Fire misfired on six shot attempts, it was 0-0 at the 63-minute mark, and the live betting odds had shifted:

At this moment, after watching Chicago outshoot Miami, 7-0, in the first 18 minutes of the second half, the Chicago moneyline (+150) was attractive, as was over 0.5 goals (-225). Including the pre-match over/under single bet, you held the following tickets:

Six minutes later, Luka Stojanovic beat Miami keeper John McCarthy on a free kick to give the Fire their first lead since the first half of an eventual draw against the New England Revolution in the season opener. And with the 69th-minute goal, Stojanovic cashed your live bet of $50 on over 0.5 goals.

Chicago controlled the remainder of the game en route to a 1-0 win, which cashed your remaining two tickets.

Parlays aren’t limited to pre-match betting. You can place in-match parlays by combining a variety of bets from multiple matches into a multi-leg parlay.

While placing the live bets in the 63rd minute of the Chicago-Miami match, you could’ve also placed live bets on the Orlando-Toronto match, which was in the 23rd minute. Or you could’ve waited about 30 minutes and built a parlay with three additional matches: New York City FC at Columbus Crew, FC Dallas at Real Salt Lake, and/or New England Revolution at New York Red Bulls.

At the 63rd minute of the Chicago-Miami match, Orlando led Toronto, 1-0, at 22:45 following Tesho Akindele’s 12th-minute header. Given Orlando’s dominant early defense, you like them to win and blank Toronto.

In addition to the two single live bets you placed on the Chicago-Miami match, you placed a $50 four-leg parlay with Orlando-Toronto:

One hour after Chicago won 1-0, Orlando City did the same, blanking Toronto as you predicted and cashing the four-leg parlay.

What Are The Biggest English Cities Without a Premier League Team?