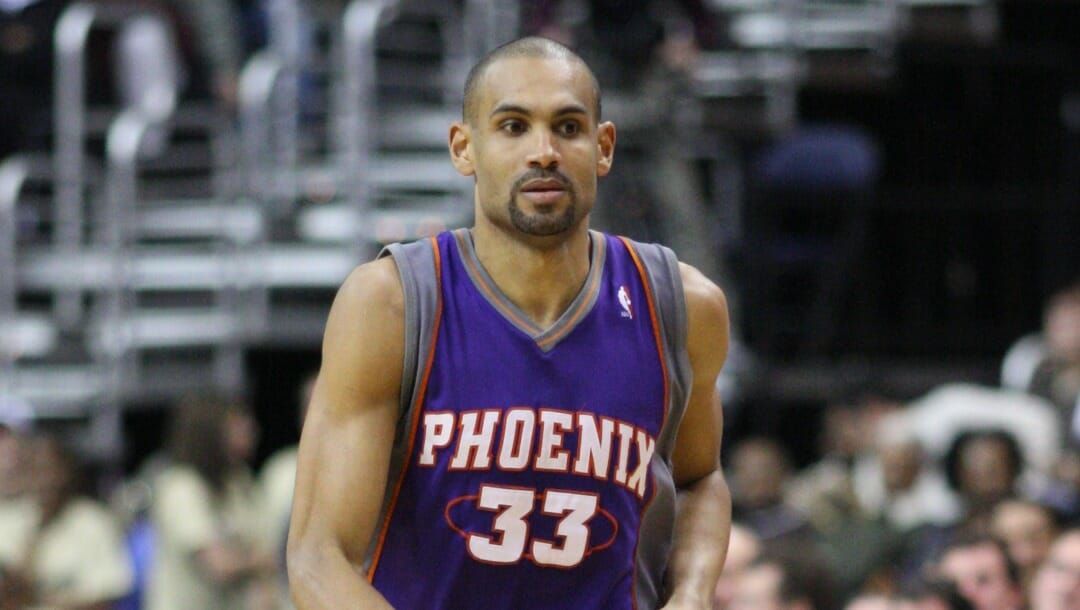 The 1994 NBA Draft has proved to be a notoriously poor draft class, with only five players selected to an NBA All-Star team at any point in their career.

That’s not to say, however, there were zero quality players to come out of the draft. From Glenn Robinson to Jalen Rose, let’s take a look back at the best players to be chosen in the 1994 NBA Draft.

Robinson, better known as “Big Dog” from his time at Purdue, was the first pick in the 1994 NBA Draft.

He is probably most remembered for holding out after he was drafted before agreeing to a ten-year, $68 million contract. That was the richest contract ever signed by a rookie in professional sports at the time. Robinson was productive but never a superstar.

Robinson was selected to a pair of All-Star games and won an NBA Championship in San Antonio in his final professional season (2005).

One of the best point guards of all time, Jason Kidd, was selected second by the Dallas Mavericks after two seasons at Cal.

Kidd became a ten-time NBA All-Star and was chosen First Team All-NBA on five occasions. He was a terrific defensive player and passer. Despite never becoming a stellar shooter, he was one of the more indispensable players of the late 90s and early 2000s.

Kidd played in Dallas, Phoenix, and New Jersey, eventually winning an NBA Championship in 2010 after returning to the Mavericks. Kidd finished his career with the New York Knicks before retiring in 2013. He was inducted into the Naismith Basketball Hall of Fame.

Grant Hill starred at Duke before being chosen third by the Detroit Pistons.

He was outstanding early in his career, scoring 19.9 points per game in his rookie season and sharing the Rookie of the Year award with Jason Kidd. He continued to play well in Detroit and was named to multiple All-Star teams as a Piston, averaging 21.4 points, nine rebounds, 7.3 assists, and 1.8 steals per game in 1996-97.

Toward the end of his sixth season, Hill began to suffer ankle injuries that would cripple his career. He agreed to a sign-and-trade deal with the Orlando Magic and paired with Tracy McGrady to form an exciting duo. Still, injuries and a severe infection contracted during ankle surgery limited him for the rest of his career.

Hill eventually went to Phoenix from 2007 to 2012 and finished his career in 2013 with the Los Angeles Clippers. He was a seven-time All-Star and five-time All-NBA player. He was inducted into the Hall of Fame.

The first three picks, mainly two and three, were outstanding, but the quality of the draft fell off the cliff pretty quickly afterward.

Eddie Jones played at Temple and was chosen with the tenth pick by the Lakers. He averaged 14 points per game as a rookie and was a three-time All-Star. Jones was traded in 1999 to the Charlotte Hornets and played two seasons there before being traded to the Miami Heat in 2000.

Jones was a favorite in Miami and played there until 2005 before being dealt to the Memphis Grizzlies for a couple of seasons. He was waived in 2007 and returned to Miami for the rest of that season. Jones signed with the Dallas Mavericks before being traded to the Indiana Pacers. He never suited up for the Pacers and retired from the game.

A member of the Fab Five teams at the University of Michigan, Rose was chosen 13th by the Denver Nuggets.

After two seasons, he was traded to the Indiana Pacers and found a home under Larry Bird after initially being ignored by head coach Larry Brown. Rose helped the Pacers to three straight Eastern Conference Finals and averaged 18.2 points per game in 1999-2000, winning the NBA’s Most Improved Player award.

The Pacers lost in six games to the Los Angeles Lakers in the NBA Finals, but Rose averaged 25 points per game. He was traded to the Chicago Bulls as the Pacers retooled during the 2001-2002 season and drifted from Chicago to Toronto to the Knicks and eventually the Phoenix Suns.