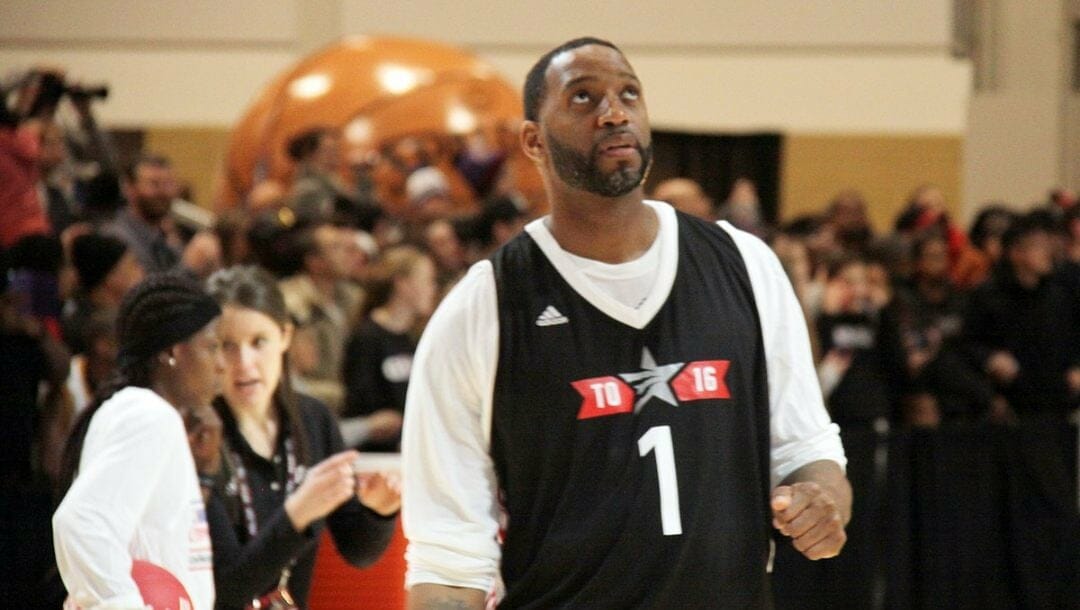 The Hornets have +25000 NBA championship odds.

Ball joins a list of several talented players who have donned the number, and his decision to swap jerseys serves as inspiration to look back.

Here are the top five NBA players to ever wear No.1.

Alongside Shaquille O’Neal, Anfernee “Penny” Hardaway transformed the Magic into legitimate title contenders, leading Orlando to the 1994-95 NBA Finals, where they fell to the Houston Rockets.

Like the next man on our list, the remainder of Hardaway’s career was ultimately impacted by knee injuries, but when healthy, he was amongst the league’s best.

Outside of Russell Westbrook, never has a point guard possessed the type of explosive athleticism that Rose brought to the floor. The former first overall pick became the youngest MVP in NBA history at age 22 (2010-11), posting per-game averages of 25.0 points, 7.7 assists, and 3.4 rebounds, leading the Bulls to 62 wins.

Unfortunately, major knee injuries sapped Rose of his explosion, limiting his prime years. Nevertheless, Rose’s peak was truly special, and he deserves a spot on this list.

Drafted straight out of high school, Tracy McGrady blossomed into one of the most gifted and prolific scorers the game has ever seen. After four seasons with the Toronto Raptors, McGrady became a star as a member of the Orlando Magic, winning back-to-back scoring titles and being named to two All-NBA First Teams.

However, his signature moment came in December of 2004 while playing for the Houston Rockets, scoring a remarkable 13 points in 35 seconds, leading his team to an improbable comeback victory over the San Antonio Spurs.

Like the men above, McGrady dealt with consistent knee issues, and his career was largely cut short. While he never led his team past the first round, that does not take away from recognizing McGrady’s unique talent and legacy.

A seven-time All-Star, and one of the NBA’s 75 Greatest Players, McGrady was inducted into the Naismith Memorial Basketball Hall of Fame in 2017.

Nicknamed “Tiny,” Nate Archibald didn’t let his size prevent him from claiming his spot on the NBA’s 75th Anniversary Team.

Known for his speed and craftiness, Archibald is the only player to lead the league in points and assists in the same season, accomplishing the feat during the 1972-73 campaign (34 points per game, 11.4 assists per game).

Across 14 NBA seasons, Archibald was a six-time All-Star selection and earned three All-NBA First Team honors, winning a championship in 1981 with the Boston Celtics. He was inducted into the Basketball Hall of Fame in 1991.

The greatest player to ever don the No. 1 jersey is none other than the original “Mr. Triple Double,” Oscar Robertson.

One of just two players to ever average a triple-double in a season (Russell Westbrook is the other), Robertson recorded 181 such games in his career. This record stood for 47 years before Westbrook ultimately broke it.