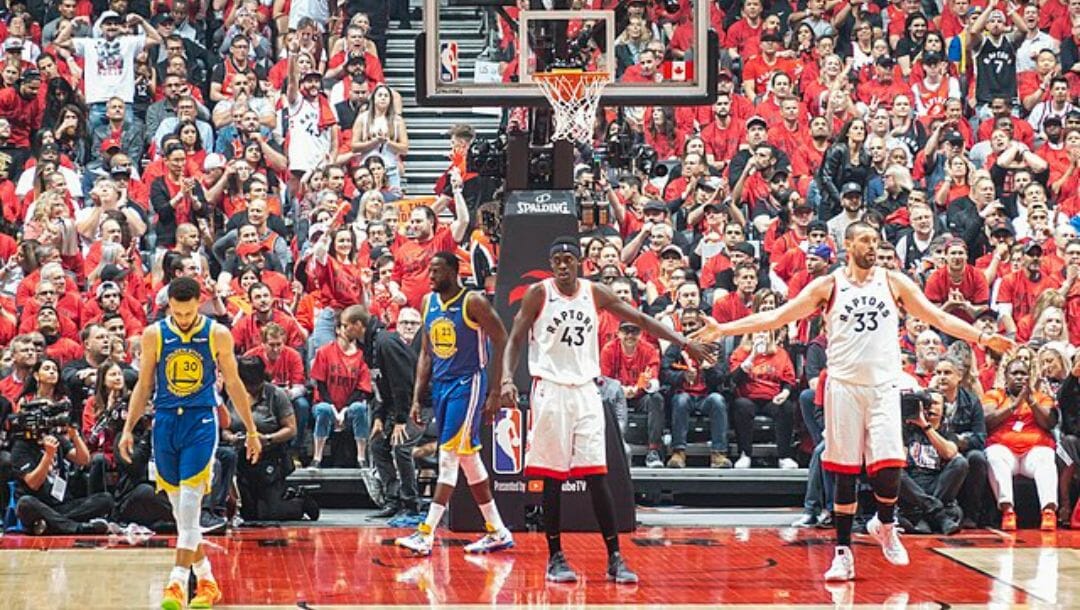 The Toronto Raptors have earned their right to be called one of the NBA’s exciting teams as they are a household team in the NBA odds. Their collection of exciting games can surely back up this claim as we’ve witnessed the team battle it out until the final seconds.

Their ability to finish out and win close games has been very favorable to the Canada-based fans by helping them in the NBA betting lines. However, there are certain games that the fans will truly remember for a long time and have already cemented its place in the franchise’s history book.

Here’s a list of the five greatest games in Toronto Raptors history.

The Chicago Bulls were the most fearsome team during the 1995-96 NBA season because they had the best record in league with 72-10. But the newly-expanded team Toronto Raptors, went toe-to-toe with the Michael Jordan-led team. Thanks to the clutch play of Tracy Miller and Doug Christie down the stretch, they eked out a close 109-108 victory over the defending champions and handed them one of their ten losses in the regular season.

In terms of scoring, six of the seven Toronto players were able to score in double digits, with Damon Stoudamire leading with his 30 points. They also weathered the 36-point performance of MJ in front of the over 36,000 home crowd inside the SkyDome in Toronto.

Toronto’s first taste of the NBA playoffs was a forgetful experience as they got swept in the first round by the New York Knicks in 2000. But a rematch in the 2001 postseason between these two teams saw sweet revenge for the Canada-based squad. In the pivotal game 5 of the series on the road against the Knicks, Vince Carter made sure to lead his team to the next round by putting up a team-high 27 points in the 93-89 clinching-game win in New York.

Aside from Carter, the four other starters, Alvin Williams (18 points), Antonio Davis (14 points), Charles Oakley (12 points) and Chris Childs (10 points), also contributed in double-figures to lift the Raptors in their first-ever second-round progression in franchise history. Meanwhile, the Knicks was spearheaded by Latrell Sprewell, who finished with 29 points.

If in 2001, the Raptors reached their first-ever second-round playoff experience, the first-ever Eastern Conference appearance happened in 2016 when they outlasted the visiting Miami Heat in game 7 of the second-round encounter, 116-89. The duo of Kyle Lowry and DeMar DeRozan delivered them to the conference finale by putting up 35 points and 28 points, respectively.

After only leading by eight at the end of the third quarter, the home team put up a scoring blitz in the final frame. They outscored Miami, 30-11, to officially book a date with the Cleveland Cavaliers in the Eastern Conference Finals. They eventually bowed to the LeBron James-led team, 4-2.

It is not only one of the greatest games in Toronto Raptors history, but it is also one of the greatest of all time. It was game seven of the Eastern Conference Semifinals as Toronto and Philadelphia have figured in a close game for a spot in the conference finals. With 10.8 seconds left, Toronto was leading the 76ers, 90-88, when Kawhi Leonard missed his last free throw, which gave Philadelphia the chance to tie the game when Jimmy Butler made the tough layup to go against the outstretched arms of Serge Ibaka. The game was tied at 90 with 4.2 seconds remaining in the game.

That 4.2 seconds was enough for Leonard to attempt a last shot in the game and send his team to the next round. The ”Klaw” received the in-bound pass and dribbled to the baseline before putting up a rainbow jump shot over Joel Embiid that went in. But what made it more dramatic is how the ball bounced around the four times before going in to seal the victory and officially face the Bucks in the East Finals.

Suppose the game seven win over the 76ers was Toronto’s most dramatic clinching game. In that case, the title-clinching game over the Golden State Warriors in game six of the 2019 NBA Finals is the most special as they claimed their first-ever championship in franchise history after winning on Golden State’s home floor, 114-110.

Four Toronto players have produced 20-point games. Kyle Lowry and Pascal Siakam spearheaded the offensive attack with 26 points apiece. Kawhi Leonard and Fred VanVleet added 22 points each to secure the victory and crush the hopes of a three-peat bid for the Stephen Curry-led Warriors squad.