6 NBA Players Who Demanded To Get Traded 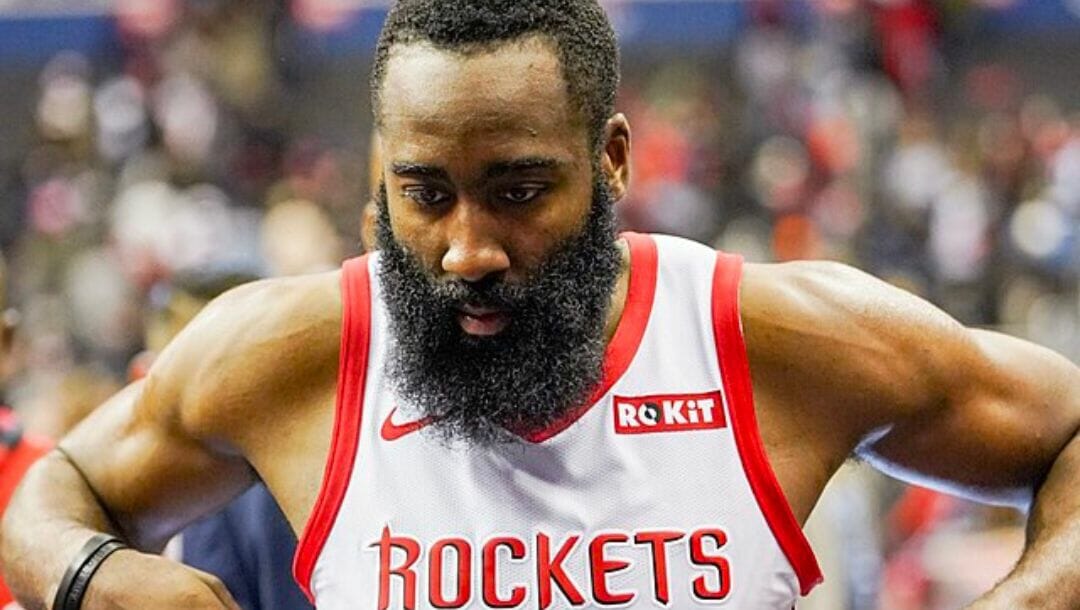 The number of NBA superstars getting frustrated with their teams is increasing due to their inability to surround them with the right pieces to contend for a title. This is the primary reason why these star players are demanding to be traded to another team where they can at least compete for a championship and improve their basketball odds.

Improving their NBA odds is not the only reason these basketball stars are asking to get away with their current team, other causes may be shattered relationships with the teammates, among others. A great example is the February 2022 trade between the Brooklyn Nets and Philadelphia 76ers.

Ben Simmons and James Harden, who both wanted out of their teams, were granted their wish to be shipped right before the trade deadline, as Simmons will be part of Brooklyn and Harden, now a member of Philadelphia. Besides Harden and Simmons, we have seen a few NBA stars who forced themselves out of the team. Here is a list of the top six NBA players who demanded a trade.

First off is the dynamic scoring guard James Harden, who demanded his way out of a team twice in as many seasons. At the beginning of the 2020-2021 season, Harden wanted to end his eight-year relationship with Houston due to their failed efforts to surround him with other stars. The Rockets dealt him to the Nets. Then, this 2021-2022 season, the ‘’Beard’’ grew frustrated with Brooklyn’s inability to live up to expectations as they faced Kyrie Irving’s vaccination saga and the hurdle of multiple injuries.

Kareem Abdul-Jabbar delivered a title to Milwaukee in his second season with them in 1971. But their ability to contend for a championship was not enough to keep Abdul-Jabbar in the city because, in 1975, he demanded a trade to the Los Angeles Lakers. The Bucks granted his wish and received four players for him, and his primary motive behind this demand was that he wanted to live in a ‘’larger city that was more culturally and ethnically diverse’’. This deal between the two teams has produced five titles for the Lakers.

Carmelo Anthony was undoubtedly the face of the Denver Nuggets franchise ever since the team drafted him in 2003 as the third overall pick. After an eight-year absence, he helped them reach the postseason, but they could not get out of the Western Conference and never reached the finals. This was one of the reasons why Anthony demanded to be dealt with to New York, and Denver conceded to this request by giving up their franchise player for five players. But Anthony stated that the main reason behind this move was he didn’t want to be part of the franchise’s rebuild process.

Despite winning a title in 2016 on top of three straight NBA Finals appearances, Kyrie Irving got tired of playing alongside LeBron James in 2017 because, according to him, he wanted to be the ‘’more focal point’’ of a team. This prompted the Cavaliers front office to move the star point guard, and he ultimately ended up with Boston for Isaiah Thomas, Jae Crowder, Ante Zizic and a first-round draft pick. Irving spent two years with the Celtics, but he signed with Brooklyn after his contract expired in 2019.

From #TheJump: Kyrie Irving is taking a big (big, big) gamble in asking to be traded away from the #Cavaliershttps://t.co/OHJ3vM9B25

With a stain in the relationship between the San Antonio Spurs franchise and its former superstar Kawhi Leonard in 2017 due to the trust issues caused by his quad injury, the San Antonio Spurs pulled the trigger to acquire an asset instead of seeing him walk off in free agency. The Spurs agreed to give up Leonard and Danny Green for DeMar DeRozan, Jakob Poeltl and a first-round draft pick. Leonard and Green were a big part of the Raptors’ title run in 2019, while the Spurs settled for a mini-rebuild after the trade happened.

After seven seasons with only two playoff appearances, Anthony Davis felt that the New Orleans Pelicans had not given him enough support to contend and succeed, which is why he demanded to get traded. The Pelicans front office made sure to get the most out of their former superstar as they agreed with the Los Angeles Lakers for three players (Lonzo Ball, Josh Hart and Brandon Ingram) and a few draft picks for him. The trade has paid dividends to the purple and gold as they won the 2020 NBA title, while the Pelicans are still rebuilding.