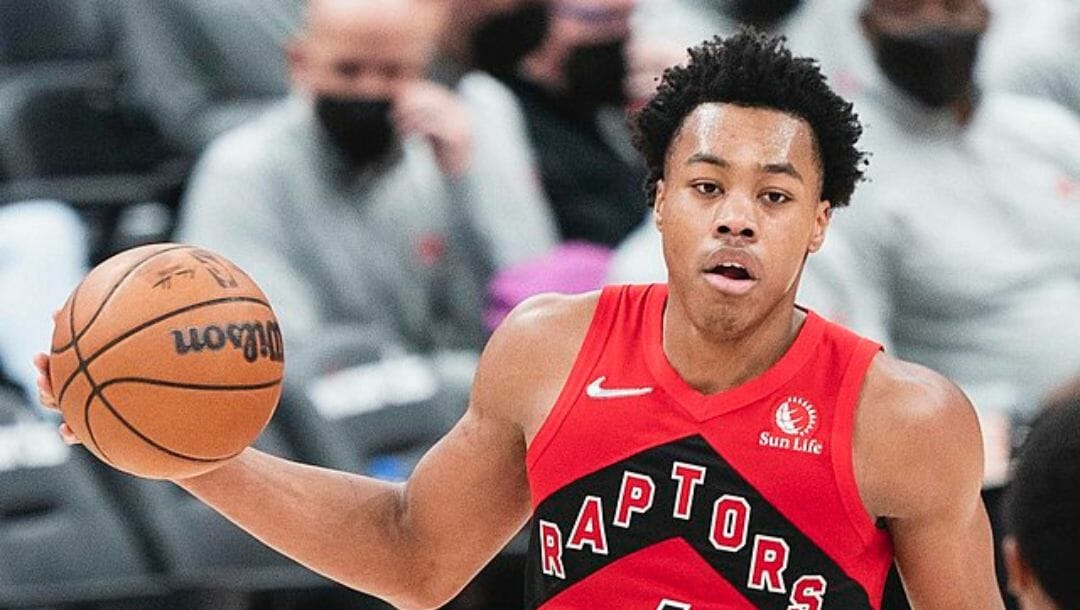 One way to become a memorable team in the NBA is to show off several of the franchise’s most creative and colorful jerseys. The Toronto Raptors have done this precisely by coming up with the most unique and imaginative colorways and flexing them throughout the league.

Since joining the NBA in 1995, the Raptors team accumulated memorable moments and even became a perpetual team on NBA betting lines. They also reached the peak of basketball glory in 2019, where they finally won their first-ever title as they defied NBA Finals odds by beating the Golden State Warriors. As the last Canada-based team standing, we will look back at the eight best jerseys the franchise has donned throughout the years.

Toronto certainly introduced itself to the league through its maiden home and away jerseys. It paved the way for the iconic Raptor logo in red, rocking a basketball sneaker altogether. The more iconic among the two is the away jersey which has a purple colorway. Before the franchise decided to tweak its jersey collection, they sported it until 1999.

A purple-and-red jersey with a massive dinosaur on the front. Iconic.

An oral history of how the 🐐 uniform came to be: https://t.co/mCzE8rOd9y pic.twitter.com/enRvtQcA2J

The style and color of the jersey that preceded the iconic inaugural jersey are equally legendary yet subtle. The new away jersey from 1999 to 2006 still had the purple colorway but with a much darker shade. This uniform had witnessed the most spectacular performance in the NBA Slam Dunk contest when Vince Carter displayed a renowned showing in the 2000 version. Also, these were the jerseys that they wore when they first collected their win and series win in 2001.

In December 2018, the NBA released a jersey called the “Earned Editions” to all 16 teams who made the 2017-18 playoffs to pay homage to the team’s recent success. Toronto was included in that list and was gifted its version, which has the red colors representing Canada’s flag. This special edition jersey was also donned by the Raptors in its title-clinching game in the 2019 NBA Finals on the road against the Golden State Warriors. They still use this jersey for selected games today.

A twist to the popular “North” jersey, the red base of Toronto's Earned Edition uniform honors Canada’s flag and the franchise’s position as the League’s only international team.#WeTheNorth pic.twitter.com/yOzdesQSFe

The Raptors paid homage to its roots in 2009 when they brought out its first-ever jerseys in the NBA through the classic Huskies white jerseys they used during the 2009 season. These jerseys first saw action in the 1946 Basketball Association of America, formerly the NBA. It featured a white color base with the “Huskies” text printed in Blue. However, after one season in the competition, the team, known as the “Toronto Huskies” back then, fell out of the league.

The sixth Chinese New Year celebration of the NBA in 2017 has given birth to some of the league’s special alternate jerseys, and Toronto was part of that event. Toronto came up with a color red-based jersey that has a white Chinese character in front, which translates to “Toronto.” It also has a logo of a Dragon and a Raptor that was smoothly assimilated into the text. They used this jersey twice in January 2017.

Want a chance to win some sweet Chinese New Year jerseys? Pick up a game card at @Manchu_WOK! #KingOfTheCourts pic.twitter.com/KEjCnAdiw8

The fourth significant change in Toronto Raptors jerseys occurred in 2006 when they switched the color combination of white and red to white and black. This change has also concocted cool-looking yet simple away jerseys with red and white texts combined in a black-based colorway. These badass jerseys made Toronto a more intimidating opposition during road games until 2015.

Terrence Ross won the 2013 Dunk Contest. Re-live it next on NBA TV as our marathon continues! pic.twitter.com/kxPUyQUEj6

Toronto officially unveiled the OVO City Edition jersey at the beginning of the 2018-19 season. This was both an honor and inspiration by rapper Drake for his unending support of the franchise. This jersey featured an immaculate white color base with its chevron trim in a gold color capped off with the black text of the word “North.” It was used for six occasions in that season for the “Welcome Toronto Nights.” Perhaps this jersey has set the tone for the team because they saw their golden moment by winning the title during the same year.

Besides the Chinese New Year Celebration that the NBA celebrates yearly, St. Patrick’s Day is also a big day for the league as some teams commemorate the day by bringing out the celebration-inspired jerseys on the hardwood. Toronto paid homage to St. Patrick’s Day from 2008 to 2012 by suiting up in a green-colored base jersey with white and black trims.