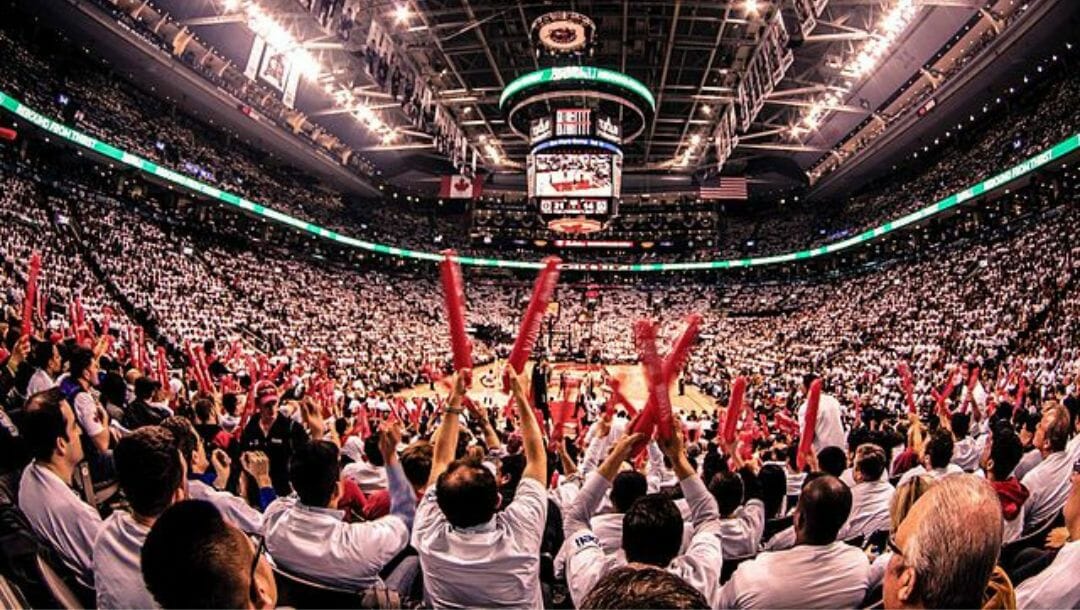 The 2021-22 NBA season marks the 27th year that the Toronto Raptors compete in the league. Compared to other franchises, this run from the Canada-based team is shorter, but it doesn’t mean they have fewer achievements and milestones. In fact, they have collected more accomplishments over other teams who are older participants, which makes them a perennial contender in the NBA odds.

From crazy in-game shots, landmark moments, breakthrough wins, and championship-clinching sequences, we will look back into the Toronto Raptors’ memory lane to relive the glorious moments. These incredible moments add excitement and value to your NBA betting.

On May 13, 2019, the Toronto Raptors witnessed the most heart-stopping game-winning shots in an NBA Game 7 playoff game when Kawhi Leonard delivered the series-clinching jump shot against the Philadelphia 76ers. Tied at 90 with 4.2 seconds remaining, the Raptors had the possession and used it to design a play for Leonard. Upon receiving the ball off the in-bounds, the ‘’Klaw’’ dribbled past Ben Simmons before shooting over Joel Embiid in front of his team’s bench.

What made this game-winner even more dramatic is how the ball bounced around the rim four times before going in as time expired. The crowd inside the Scotiabank Arena went into a frenzy as their team advanced to the Eastern Conference Finals and officially ended Philadelphia’s postseason run that year. This was undoubtedly one of the most memorable moments in Toronto’s history.

Title-clinching Game in Golden State in the 2019 NBA Finals

Kawhi Leonard’s game-winning shot in the Eastern Conference semifinals was not the only clutch moment that he nailed. He also sealed the franchise’s first-ever title in 2019 after hitting pressure-pack free-throws in Game 6 for the 114-110 victory on the road. After Steph Curry’s last attempt and when the final buzzer sounded, the whole team celebrated their championship on the floor as they savored the win. It was indeed the most memorable moment in Toronto Raptors history.

Chicago had a legendary run in the 1995-96 NBA season as they only lost ten games throughout the regular season. One of those ten losses came at the hands of the Toronto Raptors, who at that time was one of the two newest expansion teams in the league. The historic 109-108 win happened on March 24, 1996, when six of the seven Toronto players scored in double digits, spearheaded by Damon Stoudamire with team-high 30 points. What made this win even more remarkable is it occurred in front of over 36,000 fans in attendance!

After becoming the 1999 Rookie of Year winner, Vince Carter has further electrified the fans with his 2000 Slam Dunk contest performance which has set the new standard for future participants as he performed some of the most memorable dunks, including the reverse 360 windmill dunk, over the shoulder dunk and the between the legs dunk. The ‘’Half Man-Half Amazing’’ did this spectacular showing with the Toronto Raptors jersey, making the Raptors a must-watch team in the early 2000s.

In March 2007, the Toronto Raptors were on a road game against the Washington Wizards. They were down by three points after Gilbert Arenas hit his free throw. With no timeouts remaining, Toronto threw a full-court pass to advance the ball, but the Wizards intercepted briefly before the ball found its way to Morris Peterson’s hands, who canned a long three-point shot to send the game into overtime. That game-tying shot by Peterson was the key to their victory as the Raptors outlasted the Wizards, 123-118, and was headed by Chris Bosh’s game-high 37 points.

Selecting your first overall draft pick is a momentous feat, and that is precisely what Toronto experienced during the 1995 NBA Draft as they hosted the annual event and were placed in the 7th pick. They used it to draft the high-scoring point guard Damon Stoudamire, and the rest was history. He led the franchise for its first three seasons in the league with averages of 19.6 points, 8.8 assists and 4.1 rebounds in 200 games played before getting traded to the Portland Trail Blazers.

Celebrate Damon Stoudamire, the @Raptors first-ever draft pick in 1995, by getting your exclusive ‘Mighty Mouse’ Figurine at the NBA 75th Shop! 🔥

Included in the greatest moments in Toronto Raptors’ history is their first-ever playoff game win in April 2001 against the New York Knicks inside the Madison Square Garden. After failing to win in their first playoff run from the year prior, the Raptors finally secured a victory in game 2 of the Eastern Conference opening-round matchup with the Knicks, 94-74. Alvin Williams and Vince Carter led the way for Toronto with 23 points and 22 points, respectively. They eventually won the series in five games before suffering another exit at the hands of the Philadelphia 76ers, 4-3.

on May 4, 2001, the Raptors earned their first-ever playoff series win

20 years later, the legendary Lenny Wilkens joins me on the Raptors Podtable to re-live some of his memories from leading the franchise to new heights:https://t.co/LBgsEBEPlMhttps://t.co/UxdApyBl16