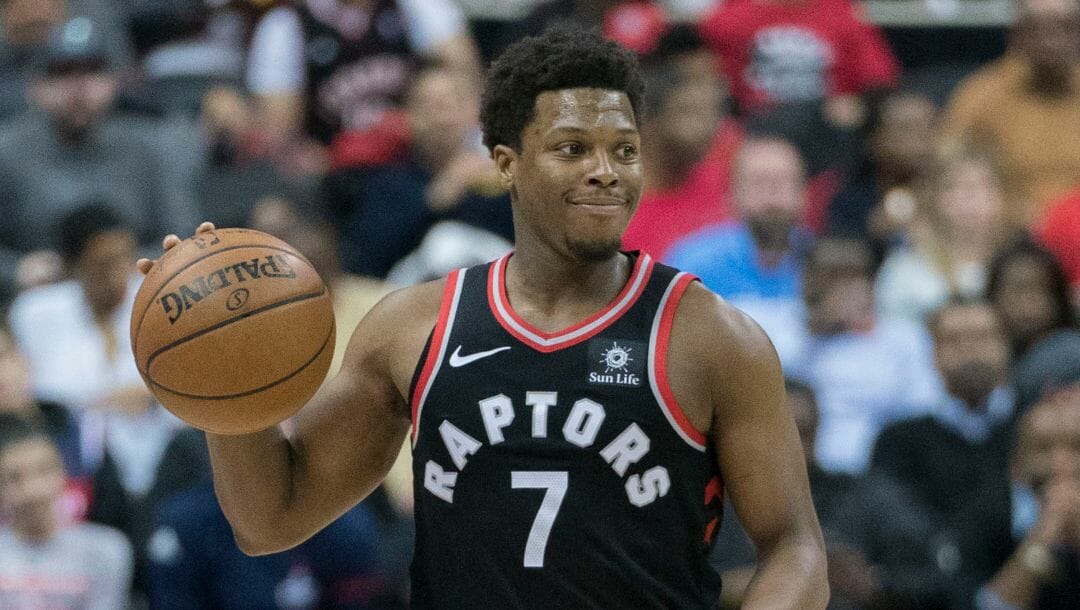 Since joining the NBA as an expansion team in 1995 along with the Vancouver Grizzlies (now known as the Memphis Grizzlies), the Toronto Raptors have been one of the most electrifying franchises in the league with its outstanding players and a supportive fan base. In fact, they’ve been a perpetual contender in the NBA odds to win it all.

In 2019, during its 25th year in the NBA, the Canada-based squad won its maiden championship despite being an underdog when it came to NBA Finals odds against the Golden State Warriors.

This season, they are in the sixth spot in the Eastern Conference as of early April, which gives them an excellent shot to enter another postseason run.

But the success that the franchise is enjoying right now was not possible if not for players who laid down the blueprint and massively helped the team gain its strides around the league.

With that being said, let’s take a closer look into the top five greatest Toronto Raptors of all time.

Drafted by Golden State as the fifth overall pick in 1998, Vince Carter was immediately traded on draft night to the Toronto Raptors for his college teammate Antawn Jamison.

As a Raptor, Carter quickly gained the attention of the basketball community with his highlight-reel dunks as he eventually won the Rookie of the Year award in 1999.

Carter scored at will with his monster athleticism. He also displayed near-perfection at the legendary slam dunk contest performance in 2000 with his incredible hops, marking a new competition era.

He played seven seasons across 403 games with the Raptors and became the fourth-leading scorer in Toronto history with 9,420 points.

Before suiting up for Toronto, Kyle Lowry played for Memphis and Houston in his first seven years in the NBA. Then in 2012, the Rockets sent him to Canada via trade, which turned out to be a blessing for the Raptors as he became one of the best players in franchise history.

Since his arrival, Lowry assumed the leading point guard role, and he delivered impressively.

In his ten-year stay with the squad, the former Villanova standout helped them reach the playoffs seven times, including the historic NBA championship run in 2019, where he was the steady and reliable floor general.

When Chris Bosh left Toronto in 2010 to pursue his title aspirations, DeMar DeRozan, the team’s 9th overall pick in the 2009 NBA Draft, embraced the role of the main star. Despite falling short of a postseason appearance in his first four seasons, DeRozan was able to lead them for the next five years, including an Eastern Conference berth in 2016.

DeRozan was a mid-range killer, lighting up defenders and putting up points with his silky smooth jump shot that made him the highest-scoring player in the team’s history with 13,296 points and an average of 19.7 points, 4.1 rebounds and 3.1 assists in 675 games. Deebo was also selected as an NBA All-star on four occasions as a member of the Toronto Raptors.

Selected by Toronto as a lottery pick in the 2003 NBA Draft, Chris Bosh had eased the transition of Toronto when they officially moved on from the Vince Carter era.

The 6-foot-11 power forward’s coming out party began in the 2005-06 season, where he formally became the squad’s number one option on offense. Bosh was their dominating presence in the middle, who could occasionally shoot elbow jumpers and even extend to the three-point area.

Bosh accumulated impressive numbers of 20.2 points, 9.4 rebounds and 2.2 assists in 509 games with the squad.

The franchise made a bold move in the summer of 2018 after they traded away their prized star DeMar DeRozan to San Antonio in exchange for Leonard.

This strong move immediately paid dividends after Leonard spearheaded them throughout the season, en route to stopping the three-peat bid of the Golden State Warriors in the NBA Finals to deliver the team’s first-ever title.

The ‘’Klaw’’ averaged 26.6 points, 7.3 rebounds and 3.3 assists in the regular season and upped his stats in the postseason with 30.5 points, 9.1 rebounds and 3.9 assists to win his second NBA title and second finals MVP award.