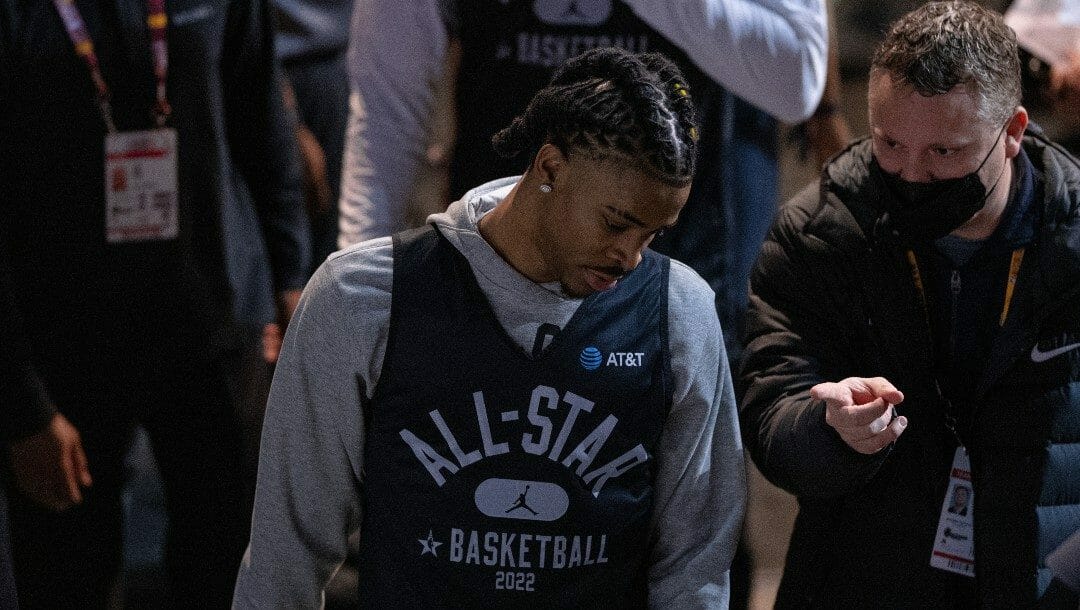 One of the many exciting things about NBA basketball is watching a player take the next step in his career trajectory.

This season, fans have been treated to several players who have done just that and drastically improved their team’s NBA championship odds in the process.

With that said, let us dive into a few candidates for the NBA’s Most Improved Player Award (NBA odds included).

Morant has taken his game to new heights in 2021-22, averaging a career-best 27.6 points per game (up from last season’s 19.1), while firmly establishing himself amongst the game’s elite.

Perhaps more importantly, his individual performance has resulted in team success, with the Grizzlies holding down the second spot in the highly competitive Western Conference. A human highlight reel, Morant’s name is likely already entrenched in the hardware.

This dunk from @JaMorant in warmups 🤭

With teammate Evan Mobley likely headed towards Rookie of the Year honors, Cleveland Cavaliers’ Darius Garland has made a strong case to walk away with some hardware of his own.

Averaging career-highs in points, rebounds, and assists, Garland has been a vital player on a Cavaliers team that has been one of the league’s feel-good stories (currently sixth in the Eastern Conference).

The 22-year-old has saved his best basketball for the season’s home stretch, scoring 20 or more points in 10 of his last 11 games, including eight double-doubles. Overtaking Charlotte Hornets forward Miles Bridges for the No. 2 spot, Garland would have my vote if not for Morant’s ascension.

Building upon last year’s late-season breakout, Bridges has put it all together in his fourth NBA campaign.

The 24-year-old is averaging career-bests across the board, developing into one of the league’s elite two-way players. Bridges has been a little inconsistent in the season’s latter stages, allowing Garland to become Morant’s biggest threat in the odds department.

However, that does not diminish what has indeed been a special year for the Michigan State alum.