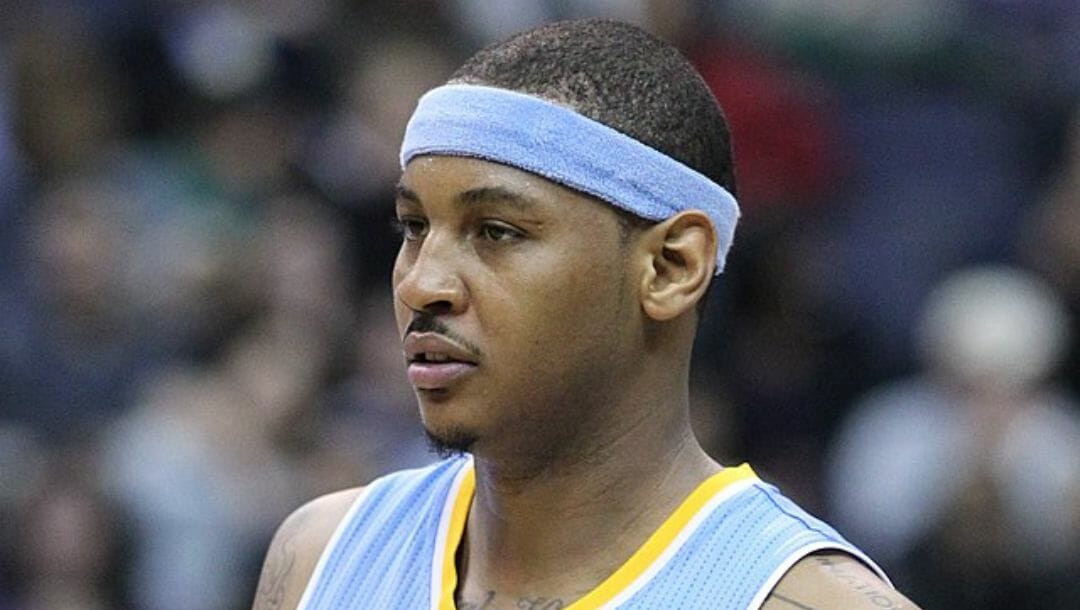 The NBA-ABA merger in 1976 helped centralize the professional basketball league in America, and the Denver Nuggets were part of that union. They have become perennial contenders in the Western Conference in the NBA odds and a fun team to watch every game.

Despite not having an NBA title yet nor even an NBA Finals appearance throughout its franchise’s history, the Nuggets are still an integral part of the NBA betting this season, with Nikola Jokic as their leading superstar. They have also graced several great players, which electrified fans in every game.

Today, we will look back at the top-tier stars who represented the team from Colorado and those who are considered to be part of the top five greatest Denver Nuggets players of all time.

Drafted by the team as their third overall pick in the 2003 NBA Draft, Carmelo Anthony has made the Denver Nuggets team relevant again in the league as he led them to seven straight postseason appearances in all of his years with them, including a Western Conference Finals berth in 2009.

Anthony was one of the most prolific scorers in Denver’s history and the history of the NBA. Through his seven-year run with the franchise, the 6-foot-8 forward averaged 24.8 points, 6.3 rebounds and 3.1 assists in 564 games. Melo was also the third-highest scorer in the team’s history after putting up a total of 13,970 points.

Considered by many as the greatest Nugget player of all time, Alex English certainly has a solid case to claim it. Drafted by the Milwaukee Bucks as a second-round late draftee, English spent two seasons with them and another two with Indiana before finding himself in a Denver uniform in 1980.

The sweet-shooting forward found his home with the Nuggets, where he excelled in scoring and averaged 25.9 points, 5.6 rebounds and 4.4 assists in 11 seasons across 837 games. Additionally, he is the leader in total points with 21,645, and this offensive prowess was vital to Denver’s playoff runs from 1982 to 1990, when he was the team’s main star.

After Alex English hung up his shoes for retirement in 1991, the franchise immediately used their lottery pick in the same year to select Dikembe Mutombo as their fourth overall pick in the draft. The 7-foot-2 center’s presence inside the paint quickly became one of the best defenders that the team has ever seen.

Although Mutombo only led them to two postseason appearances in his five-year stay with the Nuggets, he was part of the historic upset in the 1994 playoffs when they defeated the number one-seeded Seattle Supersonics in five games to advance to the next round. Mutombo is the all-time leader in blocks with 1,486, along with an average of 12.9 points, 12.3 rebounds and 3.8 blocks as a Nugget.

Denver’s first few years in the NBA were bannered by high-scoring center Dan Issel who powered the Nuggets to seven postseason runs, including two Western Conference appearances in 1978 and 1985. Issel was one of the team’s leading scorers for most of his nine-year run and averaged 20.4 points, 7.9 rebounds, and 2.5 assists.

Issel also claimed the second-most points in franchise history with a total of 14,659 points and he only did this in 718 games. The durability of Issel was the main recipe for this spectacular feat which earned him the Rookie of the Year award in 1971 and appeared in the NBA All-Star game seven times in his career.

If not for drug-related issues off the court, David Thompson could have been the best Denver Nugget ever as he smoothly transitioned from the ABA to the NBA when the merge happened in 1976. He quickly showcased his scoring ability by averaging 23.7 points in the six-year run with the Colorado-based squad.