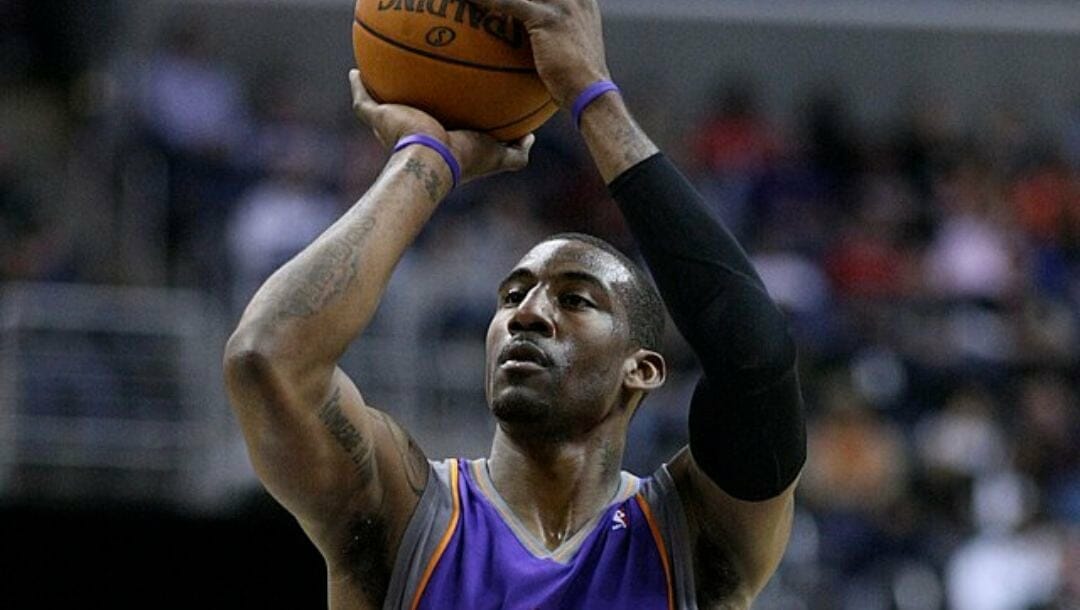 Throughout its over 50-year run in the NBA, the Phoenix Suns have won three Western Conference titles and three tickets to the NBA Finals, although they haven’t claimed the biggest prize of a championship yet. Their latest appearance on the biggest basketball stage was in 2021 against the Milwaukee Bucks, where they jumped into a 2-0 series lead as the NBA Finals odds favorites before eventually losing, 4-2.

This season though, the Suns were still favorites to win the Larry O’Brien trophy in the NBA odds with their intact roster from last year and key additions, as they currently sit at the top of the standings with over 60 wins. But today, we will look back at the five greatest Phoenix Suns players who shaped the franchise and built its foundation to where it is right now.

Despite only playing for Phoenix in four seasons, Charles Barkley made his mark on the franchise by becoming the team’s main man during his tenure. He led them to its second NBA Finals appearance in 1993, the year that he also won the MVP honors. The Suns bowed to the Michael Jordan-led Chicago Bulls in six games.

The last time the @Suns were in the #NBAFinals???

When the 1993 @NBA MVP Charles Barkley led Phoenix there before losing to Michael Jordan's Bulls#WeAreTheValley pic.twitter.com/BskazoCZlb

In 280 games, Barkley averaged a double-double of 23.4 points and 11.5 rebounds with 4.4 assists per game in 36.3 minutes of playing time. Sir Charles helped them collect a total regular-season record of 218 wins and 110 losses en route to four consecutive playoff appearances.

Steve Nash’s second stint with the Phoenix Suns was rather magical as he was the main orchestrator of the ‘’seven-second offense’’ of Mike D’Antoni’s attack. He became one of the league’s premier point guards and won back-to-back MVP trophies in 2005 and 2006.

Nash was also the team’s leader in dishing out assists per game with an average of 9.4 alongside 14.4 points and 3.1 rebounds. During his eight-year run with the team from 2005 to 2012, he led them in the postseason five times and reached the Western Conference Finals three times.

For the first eight seasons of his NBA career, Amar’e Stoudemire was the centerpiece of Phoenix after they drafted him as the 9th overall pick in the 2002 NBA Draft. From the get-go, he displayed his dominance inside the paint and won the Rookie of the Year award in 2003.

Stoudemire also became Steve Nash’s partner-in-crime, with him being the main target of passes from the playmaker. In 516 games for Phoenix, the six-time NBA All-Star averaged a near double-double of 21.4 points and 8.9 rebounds with 1.4 blocks and 1.3 assists.

Before Devin Booker wowed us with his scoring ability, another prolific offensive player in the form of Walter Davis graced the franchise. The combo guard was the team’s third overall pick in 1977 and immediately made his impact in scoring by racking up 24.2 points per game in his first year before ultimately taking home the Rookie of the Year honor in 1978.

Davis was also instrumental in Phoenix’s postseason runs from 1978 to 1985, where they reached the Western Conference Finals two times. Overall, the ‘’Greyhound’’ played for 11 seasons across 766 games and produced an average of 20.5 points, 4.4 assists and 3.2 rebounds.

If not for injuries, Kevin Johnson would have been the greatest Phoenix Suns. He is arguably the most athletically-gifted point guard in the franchise’s history. The Cavaliers picked Johnson as the 7th overall pick in 1987, but he was quickly dealt away to the Phoenix Suns, where he displayed his true potential.

K.J. played through 12 seasons and 683 games with the team and ultimately assisted them into an NBA Finals appearance in 1993. Johnson accumulated impressive numbers of 18.7 points, 9.5 assists and 3.4 rebounds in an offensive-loaded squad in the 1990s.