Top 5 Players Who Were Snubbed in the NBA 75 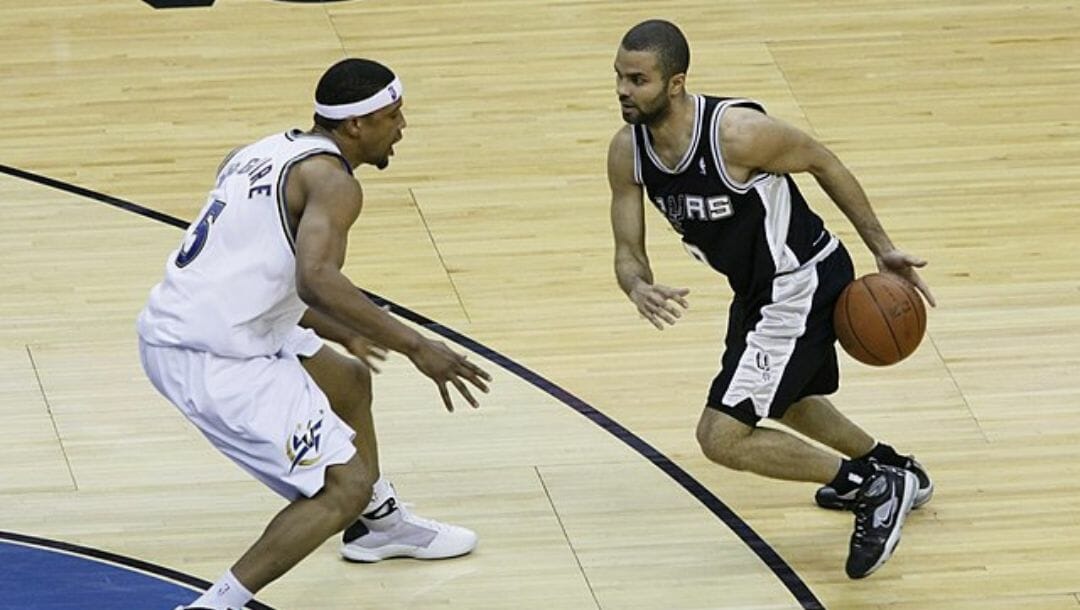 The milestone 75th year of the NBA in the 2021-2022 season has also identified the 75 players (76 were included in the list due to a tie) out of the thousand players who graced the league. The event’s culmination happened during the halftime of the 2022 NBA All-Star Game, where the names included in the list were honored.

However, this specific list of the greatest NBA players never evaded the controversies included in coming up with such a category of identifying the best athletes. Experts, pundits, and fans expressed disappointment when other big names were excluded from the list who also are household names in online sports betting through NBA odds.

Superstars like Vince Carter, Hakeem Olajuwon and Tracy McGrady were cut out from the NBA 75th Anniversary Team, but other bigger names were left out, and here are the top five of them.

A 4-time NBA champion, one-time NBA Finals MVP and a six-time NBA All-Star, Tony Parker certainly has the credentials to be part of the 75th Anniversary Team. However, he was not included in the list. Selected by San Antonio as the 28th pick in the 2001 draft, Parker became the primary playmaker for the Spurs in almost two decades.

Neither Tony Parker nor Manu Ginobili were named by the panel as part of the #NBA75 team. pic.twitter.com/P55hZHWgzc

He utilized his quickness to score on floaters over centers and separate himself from opposing point guards to get himself free of a jump shot. This allowed him to average 15.5 points, 5.6 assists and 2.7 rebounds during his career.

In the twilight phase of his career, Dwight Howard has put up a stacked resume across his name but is still omitted from the NBA 75. The first overall pick in the 2004 NBA Draft became a three-time Defensive Player of the Year, five-time All-NBA 1st team member, an eight-time NBA All-Star and one-time NBA champion.

Dwight Howard not making the NBA Top 75 with this resume is insane pic.twitter.com/kqnLBKT4Kp

Howard was also one of the most dominating forces in the league during the late 2000s and early 2010s, thus receiving Shaquille O’Neal-like comparisons due to the resemblance of his play with him. The 2008 Slam Dunk champion is also in the top ten of all-time rebounders with 14,529 boards and sits at the 13th spot in the leaders of the all-time blocks with 2,221.

Another big man excluded from the anniversary team is Chris Bosh, who appeared in 11 NBA All-Star games and won two championships with the Miami Heat. The 6’11 center was part of the ‘’Heatles’’ and one of the key players in Miami’s early 2010s dominance. Bosh was picked as the 4th overall selection of the Toronto Raptors in the 2003 draft.

CB4 was one of the modern big men who could space the floor, shoot perimeter shots, and extend it to a three-point area. This allowed him to average an impressive career number of 19.2 points, 8.5 rebounds and one block per game. Unfortunately, blood clots in his lungs have forced him to retire prematurely.

A Rookie of the Year award in 2002 has set the tone for Pau Gasol’s successful career in the NBA. He became Memphis’ star for seven years before the Lakers caught his attention and traded to acquire him. There, he transcended as a star and became the running mate of Kobe Bryant as perennial championship contenders.

The worst snub of all.

This big leap from the Spaniard allowed him to appear in six NBA All-Star games. Gasol also helped the Lakers reach the NBA Finals for three straight seasons from 2008 to 2010 and win two championships in 2009 and 2010 along the way. He has a solid career average of 17.0 points, 9.2 rebounds and 3.2 assists.

Out for two straight seasons due to knee injuries and the recovery process, the NBA 75th Anniversary Team voting panel may have forgotten how good a basketball player Klay Thompson is because he was left out of the team. Arguably still in his prime, Thompson already has three titles and might win more in the years to come with Golden State.

The Warriors gave Klay Thompson a No. 77 jersey after he missed the cut for the #NBA75

He had fun wearing his new number around 😂

Besides multiple championships, Thompson also presents solid individual achievements of being the 18th spot in the all-time three-point field goal, the record holder for the most three-pointers made in a single game with 14, most points in a quarter with 37 and the most number of three-pointers in a playoff game with 11. On top of that, he is also a good two-player who can score at will and defend the best player in the opposing team.