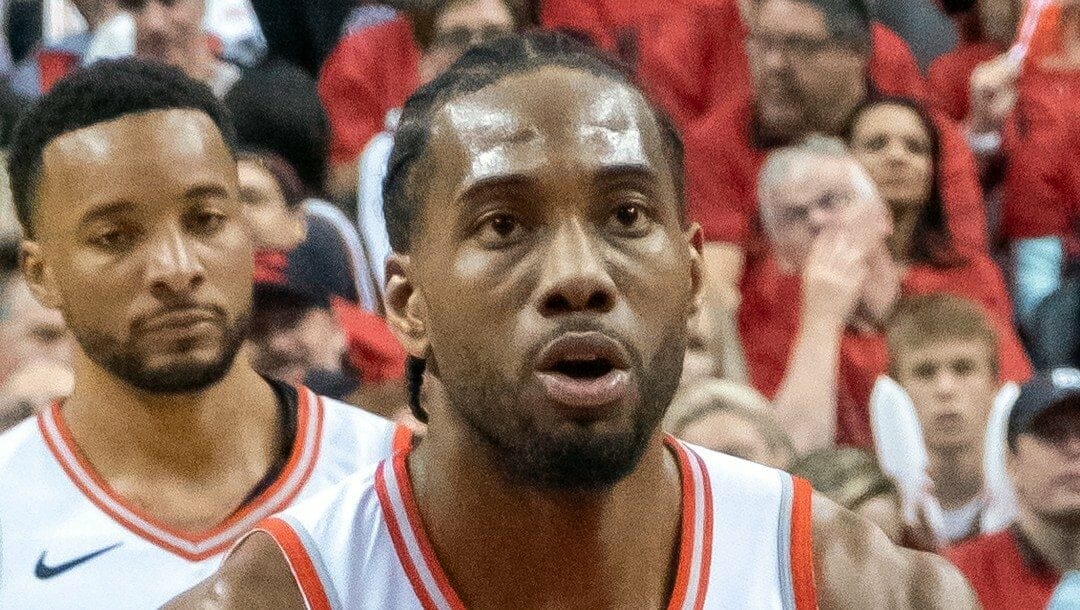 The Toronto Raptors have made the playoffs 13 times in their 27 years of existence, and, like most teams, with a variety of NBA championship odds have experienced moments of both glory and heartbreak.

As Toronto, with NBA odds of +3000 to win the Eastern Conference, gets set to embark on another playoff run Saturday against the Philadelphia 76ers, let us have a look at the top-5 most memorable playoff moments in Raptors franchise history.

The franchise’s first taste of postseason success came in the opening round of the 2001 playoffs against the New York Knicks. After being swept by New York the previous season, Toronto enacted some revenge the second time around, downing the Knicks 93-89 in the deciding Game 5 to secure the first playoff series victory in franchise history.

From the thrill of victory to the agony of defeat.

It is impossible to compile this list without mentioning the heartbreak the team suffered in Game 6 of the 2001 Eastern Conference Semifinals. Down 3-2 against the top-seed Philadelphia 76ers in a best-of-seven series, the Raptors had a golden opportunity to force a deciding Game 7.

Trailing 88-87 with two seconds remaining, Vince Carter took an inbounds pass and managed to get a clean look, only to watch his shot bounce off the rim, and with that, the end of their postseason journey.

While “The Shot” garners most of the attention (more on this in a second), Kawhi Leonard delivered another poster-worthy moment in his legendary 2019 playoff performance.

Trailing by as many as 15 points to the Milwaukee Bucks in Game 6 of the Eastern Conference Finals, Toronto managed to go on a 26-3 run, capped off by Leonard delivering a ferocious dunk over that year’s MVP Giannis Antetokounmpo.

It was the exclamation point on a series-clinching win, as the Raptors advanced to their first-ever NBA Finals.

Who could forget Leonard’s historic game-winning shot in Game 7 of the 2019 Eastern Conference Semifinals against the Philadelphia 76ers?

The first player to ever hit a game-winning buzzer-beater in a Game 7, Leonard’s heroics marked not only the greatest shot in Raptors franchise history but will forever be entrenched as one of the greatest in the history of the NBA.

The fact it came nearly 20 years after Carter’s missed buzzer-beater, and against the same team no less, made the moment even more iconic in Toronto.

After considering “The Shot” in the top spot, it is hard to top winning basketball’s ultimate prize. That is exactly what the Raptors did when they closed out the mighty Golden State Warriors in Game 6 of the NBA Finals to capture the team’s first-ever championship.

The victory was a watershed moment in the franchise’s history and Canadian basketball at large, proving that Toronto is far more than just a hockey town.