Top 6 NBA GMs of All Time 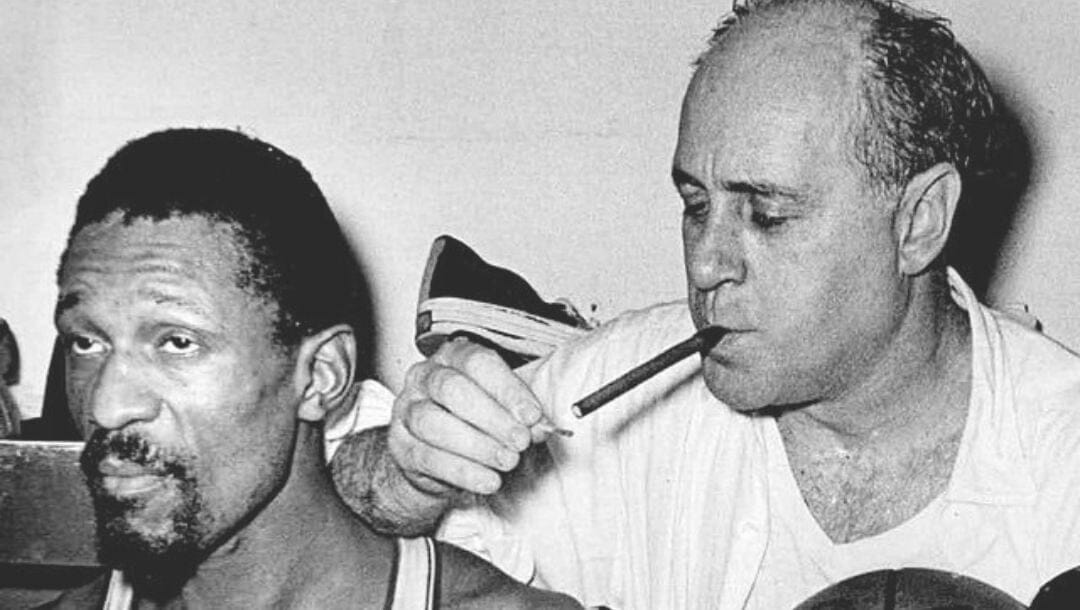 Much like the head coach and players, general managers are equally crucial to any NBA team because they are the front liners to the team’s transactions and negotiations, which are vital to the success of the franchise moving forward and boost their chances in NBA championship odds.

A GM’s post is powerful as they can persuade superstar free agents to sign with the team and even replace the coaching staff that includes the head coach if they think that the person cannot deliver the expected result.

We have seen quite a lot of impressive general managers who brought a lot of success to a team that made them a regular contender in online sports betting. Here’s the top six of them.

Jerry West is one of the most successful GMs that the league has ever seen. After playing a 14-year hall-of-fame career which produced one title, one finals MVP, and was chosen to be the logo of the NBA. West joined the Lakers front office in 1982, where he served as a general manager until 2002. During his tenure with the Lakers, he was able to win seven titles, including a three-peat in 2000-2002. He then left the franchise to join Memphis in 2002 and helped them become a playoff team from 2004 to 2006 (only to be swept in the first round in all three years) before leaving his post there.

After a successful run with the Los Angeles Lakers and the New York Knicks in the 1980s and 1990s, Pat Riley was hired by Miami to become its general manager and head coach. His first big move was when he acquired Alonzo Mourning and became instant contenders in the Eastern Conference. However, Riley wasn’t able to deliver a championship until 2006. Then, after resigning as a head coach, he stayed as the team’s GM and was able to sign Chris Bosh and convince LeBron James to play for Miami in 2010. The big three of Wade, Bosh and James produced additional two championships in 2012 and 2013 for South Beach.

Boston’s Red Auerbach is considered the golden standard of all NBA GMs in the league’s history. As the Celtics’ general manager (from 1950 to 1984) and head coach (from 1950 to 1966), Auerbach produced the most dominating dynasty that won 15 titles, including eight straight in 1959-1966. Auerbach engineered the legendary draft pick list of Bill Russell, K.C. Jones, Paul Silas and Larry Bird. These draft picks were vital in the championship run of the franchise across four decades. Overall, he led the Boston franchise to 16 titles.

R.C. Buford is one of the reasons why the San Antonio Spurs has been a constant championship contender for more than two decades. Buford was promoted to be the team’s general manager in 2002, and he was able to deliver a title during his first year in the position. The Spurs added two more in 2005 and 2007. Because of his remarkable contribution to the organization, which included two Executive of the Year honors, Buford was promoted as the President of Sports Franchises in 2008. San Antonio accumulated 353 wins and 139 losses in his time.

The second time’s the charm for Jerry Krause as his return stint with the Chicago Bulls in 1985 made him one of the most iconic GMs in the NBA. He surrounded Michael Jordan with the correct pieces around him to help him get over that hump in the playoffs and finally deliver multiple titles in Chi-town. Krause hired Phil Jackson as the team’s head coach. He was also responsible for drafting Scottie Pippen and Horace Grant in 1987. He oversaw the signing of key players Dennis Rodman, John Paxson, Toni Kukoc and Steve Kerr to eventually capture two three-peats in 1991-1993 and 1996-1998.

Bob Myers is arguably the best GM in the NBA today. The Golden State Warriors hired him in 2012 to make the franchise competitive once more. He surrounded Stephen Curry and Klay Thompson with key players and drafted the likes of Draymond Green, Harrison Barnes, Festus Ezeli, Kevon Looney, and traded for Andrew Bogut. He was also a big part of Kevin Durant’s decision to join the Warriors in 2016. These moves by Myers have produced three titles from the past decade and the new record of 73 wins in a single season.

.@warriors GM Bob Myers is the 2016-17 NBA Executive of the Year! #NBAAwards pic.twitter.com/OlqOzonErO