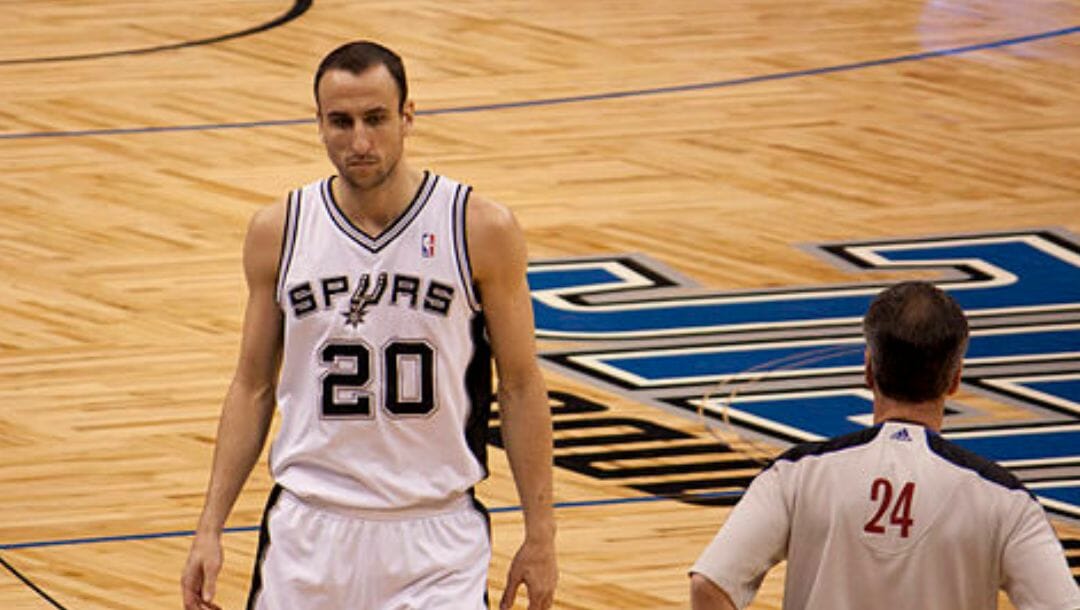 The Cinderella-like narrative in sports is one of the most inspiring stories fans root for. This is the perfect plot that a few late NBA draft picks have utilized to overcome and exceed their foreseen expectations. They were also the great testaments that they can still succeed no matter how the NBA odds are stacked against them.

These NBA superstars picked in the second round of the NBA draft are also tagged as the “Diamond in the rough” as their careers have panned out better than the other draftees in the batch. Some of these late selections have collected individual accolades, become NBA All-Stars, and were vital to championship teams and dynasties.

Without further ado, here are the top seven second-round NBA draft picks that improved their teams’ chances in the NBA championship odds.

Manu Ginobili was drafted in 1999 in the second round and as the 57th overall pick by the San Antonio Spurs. Although he didn’t play immediately in the league after getting drafted, Ginobili still became a pivotal member of the Spurs franchise. He helped them win four championships in 2003, 2005, 2007 and 2014 as the 6th man of the team. The Argentinian also bagged the Sixth Man of the Year award in 2008 and was selected as a two-time NBA All-Star in 2005 and 2011.

The perennial NBA Defensive Player of the Year candidate, Draymond Green, was selected by the Golden State Warriors in 2012 as the 35th overall. It was a tough first two seasons for Green where he was the reserve forward, but when he was given the opportunity to be a starter, he transformed as one of the team’s top defensive players. Green’s defensive genius has earned him the Defensive Player of the Year award in 2017, was part of the NBA All-Star Games from 2016 to 2018 and helped the Warriors win three NBA titles (2015, 2017 and 2018) in the process.

Selected as the 47th overall pick by Cleveland in the 2009 NBA Draft, Danny Green became one of the league’s top three-point shooters and was vital in the teams he has played with. In the five teams he has suited up for, Green helped three of them to win three NBA Championships. He was part of the 2014 San Antonio title run, the 2019 Toronto championship team and the 2020 Los Angeles Lakers roster that also captured the title. Currently, he is playing with Philadelphia and has a career three-point shooting average of 40 percent.

For eleven seasons, Marc Gasol was part of Memphis’s ‘’Grit and Grind’’ team, a contender in the Western Conference. During his tenure with the Grizzlies, he was a Defensive Player of the Year awardee in 2013, became part of the All-NBA 1st Team in 2015, and three-time NBA All-Star. But his career highlight was when he was traded to Toronto in 2019 and assisted the franchise in winning their first-ever title in history.

From being the 41st pick in the 2014 NBA Draft, Nikola Jokic became the reigning NBA MVP and the lowest draft pick ever to win the said accolade. The Serbian was known for his playmaking and court vision, which helped transform the Denver franchise into a legitimate title contender. The Serbian big man was also part of the NBA All-NBA 1st team in 2019 and 2020, thus making him a three-time NBA All-Star in 2019, 2020 and 2021.

From the Serbian League and the 41st pick, Jokic has become the lowest draft pick in NBA history to win MVP. pic.twitter.com/rRCkzwoCf9

Like Ginobili, Toni Kukoc didn’t play immediately after getting drafted in 1990 by the Chicago Bulls. But this became a blessing in disguise because he became part of the Bulls dynasty in the 1990s, where they won two three-peats, and he was with the team in the second straight title runs from 1994 to 1997. His contribution to the team rewarded him with an individual honor as he picked up the Sixth Man of the Year Award in 1996.

Despite not winning any NBA titles in his 17-year career in the NBA, Kyle Korver became one of the premier shooters in history. He suited up for six teams after getting drafted in 2003 as the 51st overall pick, where he was one of the crucial players in each of those rosters. After an impressive run with the Atlanta Hawks, Korver was selected in the 2015 NBA All-Star. The Creighton product is also part of the top five three-point field goal leaders with 2,450 and has a career average of 42.9% three-point shooting.