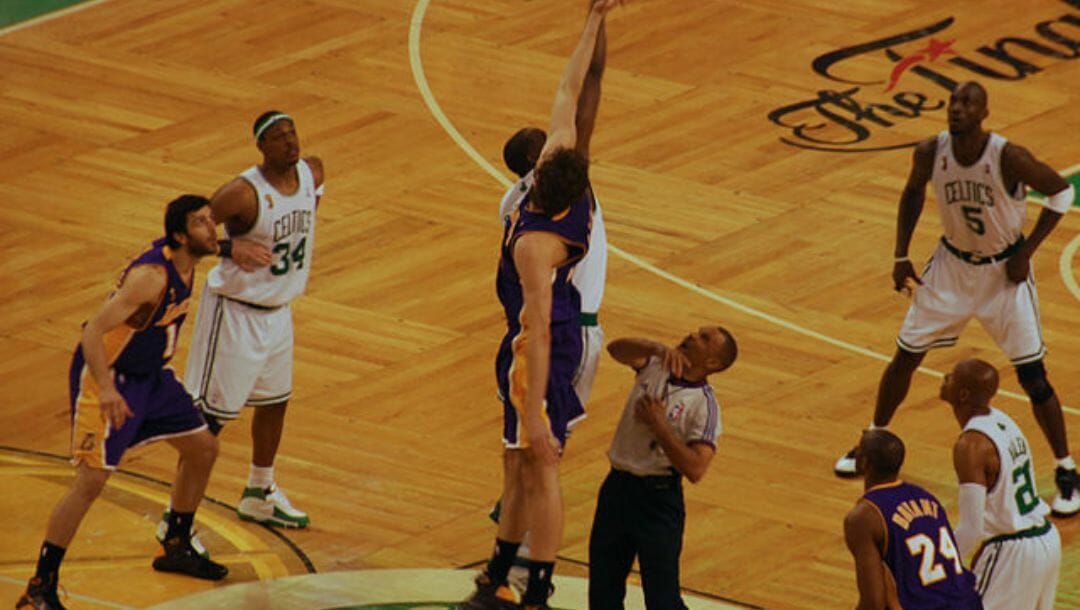 In the 75-year history of the NBA, we witnessed a handful of dominant teams in the league. From the Bill Rusell-led Boston Celtics in the 1960s, the ‘’Showtime Lakers’’ in the 1980s, up to the revolutionary team of Golden State in the 2010s. But the question boils down to who has the most championships in their franchise and are perpetual favorites in online sports betting through NBA betting lines? Well, two teams are tied for the most titles in NBA history.

Rival teams Los Angeles Lakers and the Boston Celtics, have 17 championships apiece, with Boston winning nine of the twelve meetings they had in the finals, thus dominating the head-to-head record. The Lakers’ latest championship came in 2020, where they dominated the Miami Heat, 4-2, while the Celtics’ last title win was in 2008 when they outlasted the purple and gold, 4-2.

Winning their 17th title, the @Lakers have now tied the @celtics for most championships by an NBA franchise.

The two franchises have produced a few strong teams in their quest to win the coveted Larry O’Brien trophy, with Boston being guided by Bill Russell in the 1960s, Larry Bird in the 1970s and 1980s. On the other hand, Los Angeles has graced the dominance of Wilt Chamberlain, the Showtime Lakers of Magic Johnson and Kareem and the supremacy of Shaq and Kobe in the early 2000s.

Elsewhere, the Golden State Warriors and the Chicago Bulls sit right behind L.A. and Boston with six championships each. Golden State’s last three championships came in 2015, 2017 and 2018, headed by the duo of Stephen Curry and Klay Thompson. Meanwhile, Chicago’s titles are from two three-peats in the 1990s, spearheaded by Michael Jordan and Scottie Pippen.

Following the Warriors and Bulls for the most championships by a franchise is the San Antonio Spurs with five championships (1999, 2003, 2005, 2007 and 2014). Next are three teams with three total titles, the Philadelphia 76ers, Detroit Pistons and the Miami Heat. Also, there are three teams who have two championships, namely the New York Knicks, Milwaukee Bucks and the Houston Rockets.

Here is a full table of NBA teams and the championships they won throughout the franchise’s history, plus their NBA Finals appearance: