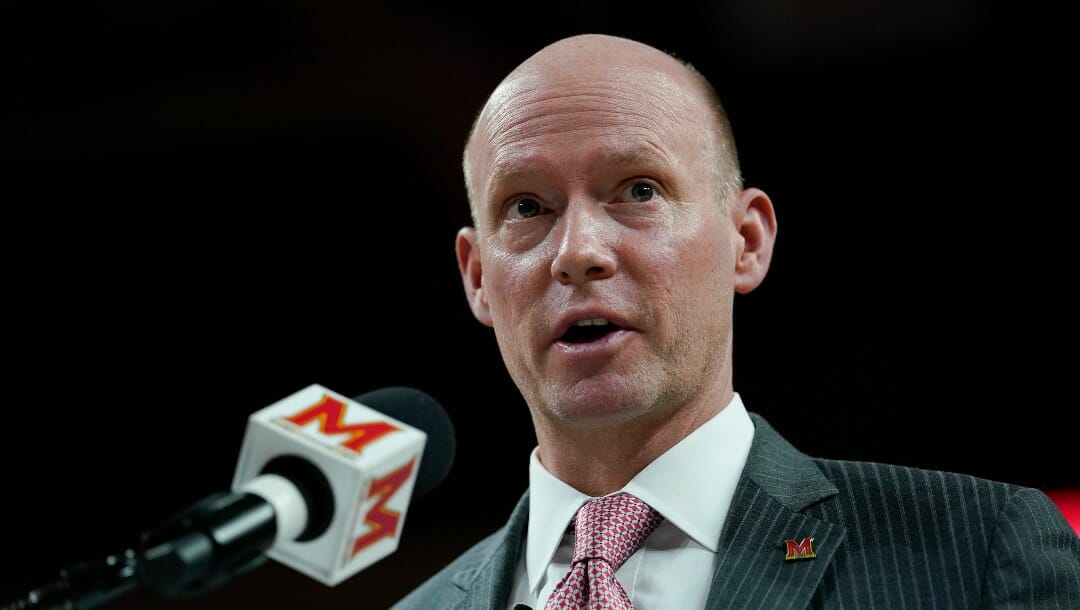 There will be 60 college basketball teams with a new head coach for the 2022-23 season.

Will any match the immediate success of Hubert Davis last season? Can Kyle Neptune lead a seamless transition from Jay Wright? How many first-year coaches will hear their team’s name called on Selection Sunday?

Here’s a look at the notable coaching changes:

Duke – Mike Krzyzewski retired and was replaced by Jon Scheyer.

One of the sport’s greatest coaches stepped aside after an illustrious career. His replacement was known for the entirety of the 2021-2022 season, and Scheyer slides down a seat to take control of the program full-time.

Scheyer played for Coach K in Durham and is considered a bright mind ready for this challenge. The biggest question will be whether or not the Blue Devils can sustain the same level of recruiting with the impending end of the “one and done” rule.

Louisville – Chris Mack was fired by the Cardinals during the 2021-2022 season, with assistant Mike Pegues taking over on an interim basis.

Louisville is a big-time job with lots of resources and terrific fan support, and the job attracted a lot of attention. Ultimately, the Cardinals chose Kenny Payne to take the reigns. Payne is a well-connected man in basketball circles and was known as one of the best recruiters in the country while working for John Calipari at Kentucky. He was an assistant for two seasons for the New York Knicks before getting the call from Louisville.

The only coaching change in the Big 12 occurred in Manhattan, Kansas. The Wildcats parted ways with longtime head coach Weber after ten years in charge and a pair of Big 12 titles. This move was not unexpected after a few years of declining results.

They stayed in the conference and plucked one of the country’s best assistants from the Baylor Bears. In the past, Tang nearly took a couple of mid-major jobs but waited for his turn to run a high-major program, and he’ll get that chance in Manhattan.

The Big East has been turned upside down this offseason. The Butler Bulldogs struggled for a few seasons under Jordan, and after another subpar campaign, they grabbed Matta from his semi-retirement to rescue the program.

Matta coached at Butler for one season in 2000-2001 before going to Xavier and Ohio State. He led the Buckeyes to a national title appearance with Greg Oden and Mike Conley Jr. before stepping away due to issues resulting from drop foot. Matta spent last season assisting the Indiana Hoosiers program and new head coach Mike Woodson and felt good enough to get back into coaching full-time.

Butler came calling, and he grabbed the opportunity. Matta has a career-winning percentage of 74%.

Seton Hall – Kevin Willard went to Maryland and was replaced by Shaheen Holloway.

Willard was successful with the Pirates and parlayed that into the head coaching gig at Maryland. Seton Hall did not have to look hard to find the new man in charge. Holloway, a former SHU player and assistant from 2010 to 2018, was in the middle of leading his Saint Peter’s on a Cinderella run in the NCAA Tournament.

Saint Peter’s was a disaster when he took over, and Holloway turned it into a solid program with a great culture. He’ll now get the opportunity to lead his alma mater.

One of the nation’s most recognizable and successful coaches and a star in the college game, Wright appeared to have another decade-plus in charge for Villanova.

However, Wright opted to step away from coaching and retired after the 2021-2022 season. After four Final Fours at Villanova, he will be impossible to replace, but the man that gets the first crack is former assistant Neptune. Neptune spent one season at Fordham after being with Wright for eight seasons and having deep roots in Philadelphia.

Wright blessed this hire which gives Neptune a solid start, but he’ll have a hard time keeping Villanova the program it has been for the past decade.

Xavier – Travis Steele was fired and replaced by Sean Miller.

The administration and fan base at Xavier have high expectations, and Steele was not getting the job done.

They axed Steele after three missed NCAA Tournaments and quickly moved to grab the available Miller. Miller left Arizona under a cloud of scandal, but the man can coach and win, something he already showed as a Musketeer. He went to four NCAA Tournaments in five seasons before leaving for Tucson and should have an opportunity to win big in Cincinnati again.

Maryland – Mark Turgeon resigned and was replaced by Kevin Willard.

Turgeon entered 2021 on the hot seat and did not last the season. He “resigned” in December under immense pressure. It was no secret that Willard wanted the job, and the Terrapins would be happy to have him. Shortly after the 2021-2022 season, the worst-kept secret became official, and Willard signed a seven-year deal to coach the Terps.

Willard is well-connected in the area and has hired a staff aimed at keeping local Baltimore and DMV talent in Maryland.

Florida – Mike White resigned and was replaced by Todd Golden.

The Gators turned to Golden, a 36-year-old head coach fresh off of leading the San Francisco Dons to the NCAA Tournament. Golden was 57-36 in three seasons for USF and has prior SEC experience as an assistant for Bruce Pearl.

Georgia – Tom Crean was fired, and Mike White was hired.

The Tom Crean era was a disaster, with the lone highlight being the presence of Anthony Edwards in Athens for one season. Crean never finished higher than tenth in the SEC in his four seasons in charge and was canned. The Bulldogs wanted a proven head coach to get back into the NCAA Tournament, and they turned to Florida’s head coach, White.

LSU – Will Wade was fired, and Matt McMahon was hired.

LSU finally had enough of Wade and the scandal that followed him, removing him and grabbing former Murray State head coach McMahon. The school received a formal Notice of Allegations from the NCAA in March and fired Wade for just cause.

McMahon’s Racers were fresh off another great season, and the hire makes sense, but questions abound about the future of the LSU program and how many sanctions they may be facing.

Jans led New Mexico State to the NCAA Tournament and immediately became the frontrunner for this job. After losing to Arkansas in the Big Dance, Jans accepted the position. It’s unclear what the ceiling for Mississippi State basketball is but with Florida, Missouri, and Georgia transitioning and LSU in trouble with the NCAA, there is an opportunity to step up in the middle of the pack for at least a bit.

Missouri – Cuonzo Martin was fired, and Dennis Gates is in.

Martin was just over .500 in five seasons in Columbia, but they were a disaster in the past couple of years, and the writing was on the wall for this position being open. Gates, a former assistant under Leonard Hamilton, did a great job at Cleveland State and could have had a couple of other jobs but chose Missouri as his next step.

The peak of Martin’s career and South Carolina basketball was the Final Four run in 2017. Unfortunately, things went downhill after that run, and they could not capitalize on the momentum. Paris was the head coach for five seasons UT-Chattanooga, an NCAA Tournament team in 2022.

A few of the more interesting mid-major coaching changes include the following: