Ranking the Best College Basketball Players of All Time 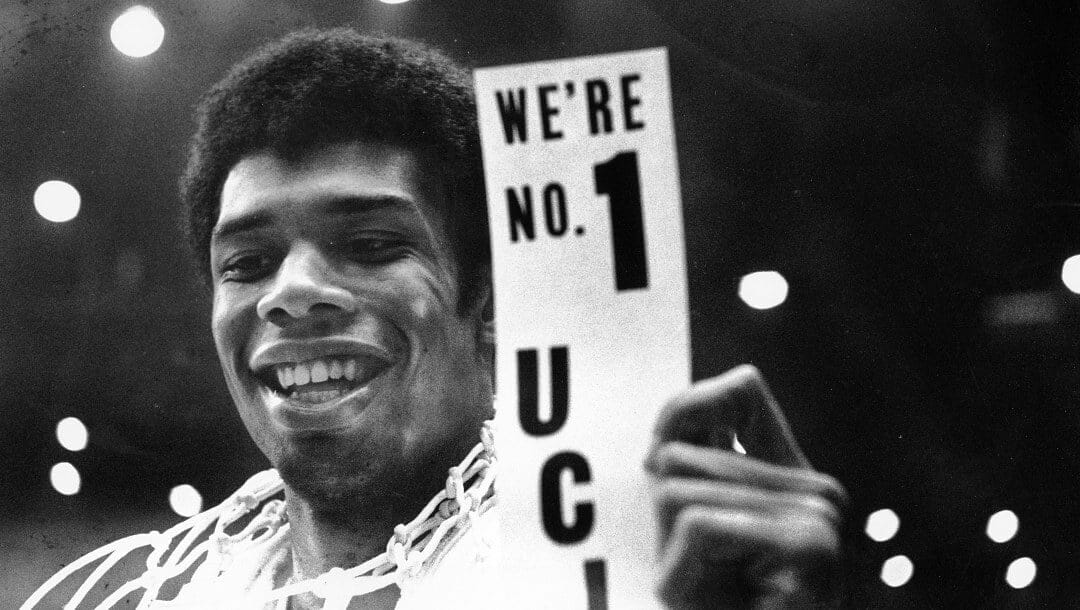 Who are the best players of all time?

Ranking the Best College Basketball Players of All Time

Tyler Hansbrough might be the most modern addition to this list as he was one of the rare talents that stayed all four years.

In four years at UNC, “Psycho T” averaged 20.2 points and 8.6 rebounds per game. He’s also one of the most decorated Tar Heels in team history. Hansbrough was a three-time First-Team All-American, National Player of the Year in 2008, four-time All-ACC selection, and a national champion in 2009.

Ralph Sampson was ahead of his time as he was one of the most dominant players to ever step on a college court.

He’s also one of only two men to win the National Player of the Year award three times.

Duke’s No.1 poster child had it all. Looks, toughness, and arrogance. However, he was also an extremely skilled big man.

Christian Laettner led Duke to two national titles while averaging 16.6 points and 7.8 rebounds for his career. His stats and accolades don’t jump off the page, but his postseason production is impressive. He’s played the most NCAA tournament games in history with 23 and holds the record for most career points in the NCAA Tournament with 407.

Wilt “The Stilt” Chamberlain was just as dominant in college as he was in the pros.

His immense size and athleticism would force teams to hold the ball and not run offense because he would block so many shots. On offense, he would have to be tripled teamed regularly, but even that didn’t stop him. Chamberlain averaged 29.9 points and 18.3 rebounds during his years at Kansas. He was also a two-time All-American and won the NCAA Tournament’s Most Outstanding Player award.

The Big E was one of the most dominant college players ever.

Elvin Hayes was a two-time All-American and voted Player of the Year by multiple publications. He averaged 31 points and 17.2 rebounds for his career. He’s most famous for defeating Lew Alcindor and the 47-0 UCLA Bruins in the “Game of the Century.”

Lastly, he was also the first African-American player to play for the University of Houston.

We may all know him for his colorful commentary on Pac-12 games, but Bill Walton was as good as it gets in college.

He averaged 20 points and 15.7 rebounds during his career and picked up a boatload of accolades. Walton was the first player to win the National Player of the Year award three times, and won two national titles.

The Big O was a generational talent at the collegiate level.

Oscar Robertson averaged 33.8 points, 7.1 assists, and 15.2 rebounds during his time at Cincinnati. The 6’4″ point guard was ahead of his time as he was the first stat sheet stuffer. He was a three-time College Player of the Year, a three-time All-American, and a three-time NCAA scoring champion.

He would end his career as the all-time leading scorer in NCAA history before being overtaken by the next man on the list.

“Pistol” Pete Maravich is a college basketball legend. He is the all-time leading scorer in NCAA history.

He averaged 44.2 points per game, 5.1 assists, and 6.4 rebounds. Maravich was a two-time National Player of the Year, a three-time All-American, and a three-time scoring champion.

The late great Bill Russell was one of the most feared players in college basketball history.

Russell was an athletic freak of nature with an incredible ability to run and jump at 6’9″, unlike anyone of his time. He would average 20.7 points and 20.3 points for the Dons during his career. He also won two national championships and was named College Player of the Year twice.

Lew Alcindor, who later changed his name to Kareem Abdul-Jabbar,  was the greatest player to ever step on a collegiate basketball court.

He was the staple behind the legendary John Wooden UCLA teams, averaging 26.4 points and 15.5 rebounds per game. Alcindor was a three-time NCAA Champion, a three-time Naismith Player of the Year, and a three-time Final Four Most Outstanding Player award winner.

At BetMGM, it doesn’t; live sports betting allows you to place live bets during games. Live odds are available for thousands of college basketball games each year. You could, for example, bet on Michigan in the first half of their game against Indiana, build a moneyline parlay with three SEC teams, or place an over/under bet during the second half of the UCLA-Arizona game.

Check out the online sportsbook during the season for non-stop action!