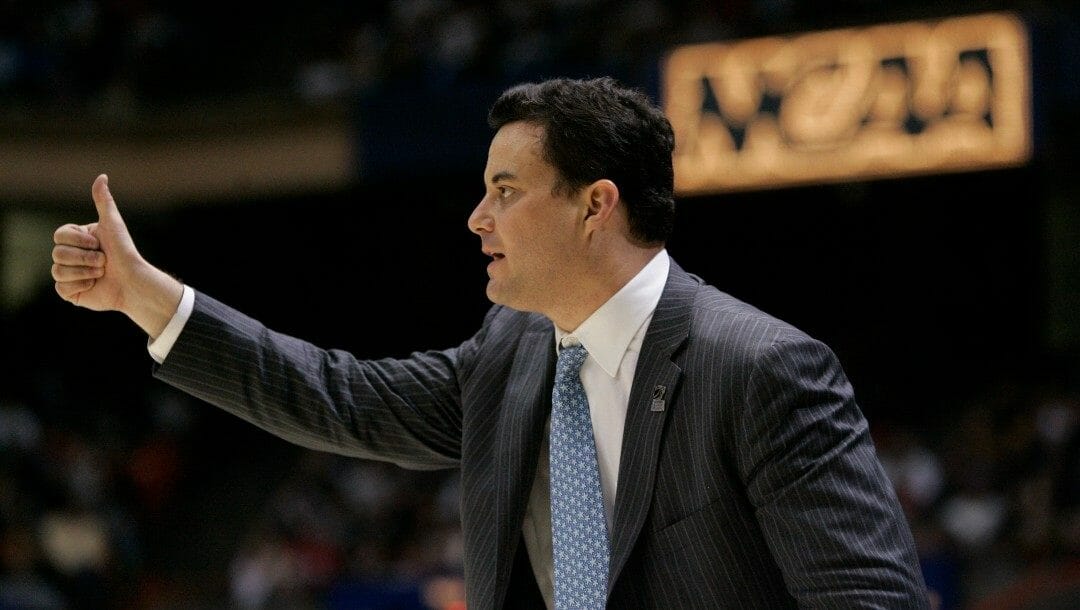 After a one-year exile from the sport, Sean Miller will be back on the sidelines as the head coach of a major college basketball program.

It’s been a winding road for the former Pittsburgh point guard, but after 12 seasons at the University of Arizona, Miller has returned to the place of his first head-coaching job, Xavier University. They should have relatively good college basketball odds to win the Big East.

What is Sean Miller’s Career Coaching Record at Xavier?

Sean Miller was Xavier’s head coach from 2004-09 and during that time his teams went 120-47, including winning the Atlantic 10 conference tournament in 2006.

Miller began his coaching career as a graduate assistant for Dick Bennett at the University of Wisconsin in 1992. He then moved to Oxford, Ohio, and was an assistant coach for Miami of Ohio from 1993-95.

The opportunity to work at his alma mater arose, so he became an assistant at the University of Pittsburgh from 1995-96 before going to North Carolina State as an assistant from 1996-2001. Thad Matta took over at Xavier and asked Sean Miller to be his associate head coach in 2001. That lasted until 2004 when Matta took the Ohio State job.

Xavier quickly promoted Miller to his first head coaching gig, naming him the leader of the Xavier program. In five seasons in Cincinnati, Miller led the Musketeers to four NCAA tournament appearances and three Atlantic 10 titles.

The 2007-08 season was their best as Xavier went 30-7 and reached the Elite Eight. Miller was approached by the Arizona Wildcats, a once mighty program attempting to replace Lute Olson after two seasons of interim coaches. After declining the job, Miller eventually accepted and moved to Tucson after going 120-47 at Xavier.

The job was difficult at first, as declining recruiting left his initial roster (2009-10) weaker than Arizona fans were used to. The Wildcats went 16-15, missing the postseason.

Things picked up quickly, though, and they went 30-8 in 2010-11, winning the conference and reaching the Elite Eight. After missing the NCAA tournament the following season, Arizona would become a staple in the field as they reached the Big Dance six times in a row with two more trips to the Elite Eight and four more conference championships.

Miller’s Arizona tenure crumbled due to allegations surrounding recruiting violations and the illegal payment of players. He spent a year not coaching and filled his time by hosting a podcast with his brother (who was also unemployed after being fired by Indiana University), Archie Miller. In total, Miller is 422-156 as a head coach.

When the action starts on the court, the action doesn’t stop at the sportsbook.