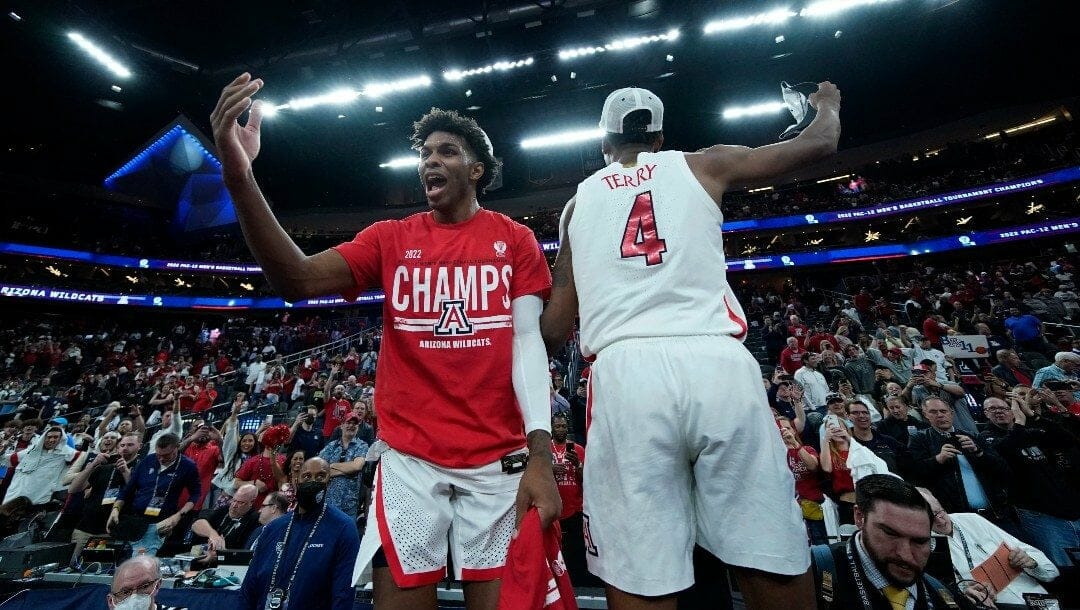 March Madness is here and we will be taking you region by region to break down the matchups to help you with your bets for March Madness.

Below is the South region, which will include a prediction to reach the Final Four in New Orleans, as well as a dark horse to keep an eye on.

This will likely be the most popular non-Gonzaga pick, +600 odds to win March Madness.

Bennedict Mathurin is a skilled, lengthy backcourt piece who can be a total matchup nightmare for opposing defenses. The status of Kerr Kriisa following his ankle injury will be something to track throughout the tournament, but Arizona’s ability to defeat both Colorado and UCLA in his absence on their way to the Pac-12 tournament title bodes well for them avoiding any early upsets if he isn’t available until the second weekend.

David Roddy is a name you will learn by the end of March if you haven’t already.

He is the centerpiece of this Colorado State team and I believe they are being overlooked in this spot because their first-round opponent, Michigan, is much more of a household name. Head coach Niko Medved is one of the brightest minds in the college basketball landscape and I could picture him coaching circles around Juwan Howard in this matchup.

Things get tough in the second round with a likely matchup with Tennessee, but the Rams are much more capable than most will give them credit for with a top 20 offense in the nation, per KenPom.

Isaiah Stevens will be the team’s X-factor. If he and Roddy are both firing on all cylinders, Colorado State will be a seriously tough out of this region.

This team is absolutely capable of making a Sweet 16 based on its draw.

Chattanooga will take on an Illinois team that has had some puzzling performances this season, including a loss to Indiana in their first Big Ten tournament game. The Illini offense can go into some serious droughts and the Mocs have the talent to take advantage.

Malachi Smith is a future NBA player that can score at all three levels and should match up well with some of the high-major guards in this region, while they have high-major talent in former Kansas big man Silvio De Sousa.

David Jean-Baptiste, the man who hit the game-winning shot seen around the country in the Southern Conference championship game, complements Smith perfectly in the backcourt and both should give the Illini’s smaller backcourt some issues in a potential second-round matchup.

Arizona is simply too good to fade, even in a region as loaded as this one.

I don’t see too much of a threat until they reach the Elite Eight where Villanova or Tennessee could make for a tricky matchup. But this team’s get-it-and-go tempo may work to their advantage against those slower-paced opponents.

The talent not only feels like too much to overcome, but it’s also an offensive system that assists at a higher rate than anyone in the country. This team has plenty of shotmakers and is loaded with talent that should see them come out of the South region.