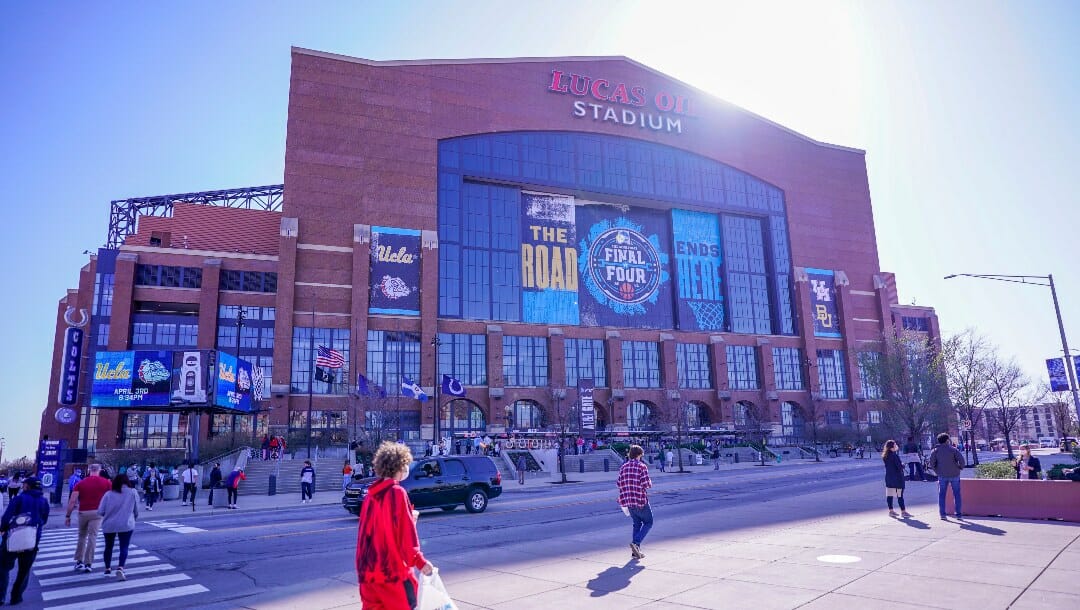 The 2026 NCAA Tournament and 2025-26 season of college basketball betting will culminate with the national champion crowned at the Final Four.

Here’s a look at dates and location for the 2026 Final Four.

The 2025 Final Four will return to a familiar site in Texas, the Alamodome in San Antonio.

Indianapolis is no stranger to hosting NCAA Tournament games. The city has been home to several regional and opening-round contests.

The Final Four has been in Indianapolis on eight previous occasions, most recently in 2021, as the state of Indiana hosted the entire tournament under COVID restrictions.

The first year with the Final Four in Indianapolis was 1980, as Market Square Arena was the site of Louisville beating UCLA. T

he Hoosier Dome, later called the RCA Dome, hosted in 1991 as Christian Laettner’s Duke Blue Devils beat the Kansas Jayhawks. 1997 was a classic as Miles Simon and the Arizona Wildcats shocked Kentucky in overtime, and then in 2000, Michigan State knocked off Florida. The Spartans title still stands as the Big Ten’s last national title.

Lucas Oil Stadium was built and hosted the Final Four in 2010, with the hometown Butler Bulldogs nearly knocked off the Duke Blue Devils but came up just short. Duke again won in Indianapolis in 2015, beating the Wisconsin Badgers.

Finally, the eighth time Indianapolis hosted was in 2021, and Baylor beat Gonzaga to keep the Bulldogs from reaching the mountaintop.

Indianapolis will host the Final Four for the ninth time beginning on April 4, 2026.