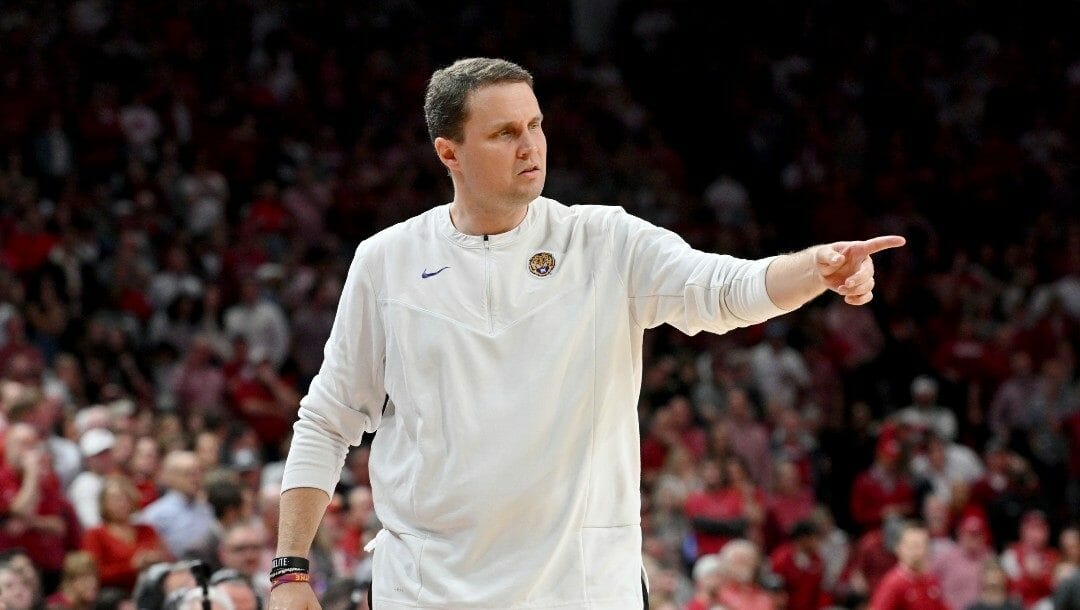 LSU’s basketball program has had its ups and downs, which have been reflected in the college basketball odds over the years.

With that being said, despite some coaching turnover, they have made the NCAA tournament two of the last three years. The latest coach to run into trouble was Will Wade, who was fired prior to the 2022 tournament.

The Tigers began a national search and landed on Matt McMahon, formerly of Murray State.

McMahon was born in 1978 in Tennessee and played collegiate basketball at Appalachian State from 1996-2000 for head coach Buzz Peterson. McMahon knew he wanted to be a coach and was a student assistant in 1999 before becoming a graduate assistant at the University of Tennessee from 2000-02. Appalachian State head coach Houston Fancher brought McMahon back to Boone as an assistant coach from 2002-10.

Peterson had moved to UNC Wilmington and asked McMahon to make the move to Wilmington before he jumped to Murray State to coach under Steve Prohm. The pair built a strong program at Murray State, making the NCAA Tournament in 2012 and winning the NIT in 2015.

Prohm left for Iowa State, and the Racers gave the head coaching job to McMahon. They made the NCAA tournament in his third season, and current NBA star Ja Morant led his fourth Murray State squad.

McMahon and the LSU basketball program have to essentially start over as 13 players departed from the 2021-22 roster. McMahon has spoken at length about changing the program’s culture and building a champion in Baton Rouge.

Everyone will get their first look at the rebuilt roster on November 9 when LSU opens the 2022-23 season against Kansas City.

Why Will Wade Was Fired

The on-court successes of Will Wade’s LSU Tigers were often overshadowed by the tumultuous and controversial events that occurred off the court.

Multiple investigations into recruiting conduct turned up several infractions. After a notice of allegations was finally delivered to the SEC school, Wade, who was in his sixth season as head coach, was fired before the 2022 NCAA tournament. Kevin Nickelberry served as the interim coach to close the season. Wade, who became the LSU coach after a stint at Virginia Commonwealth, went 108-54 in Baton Rouge.