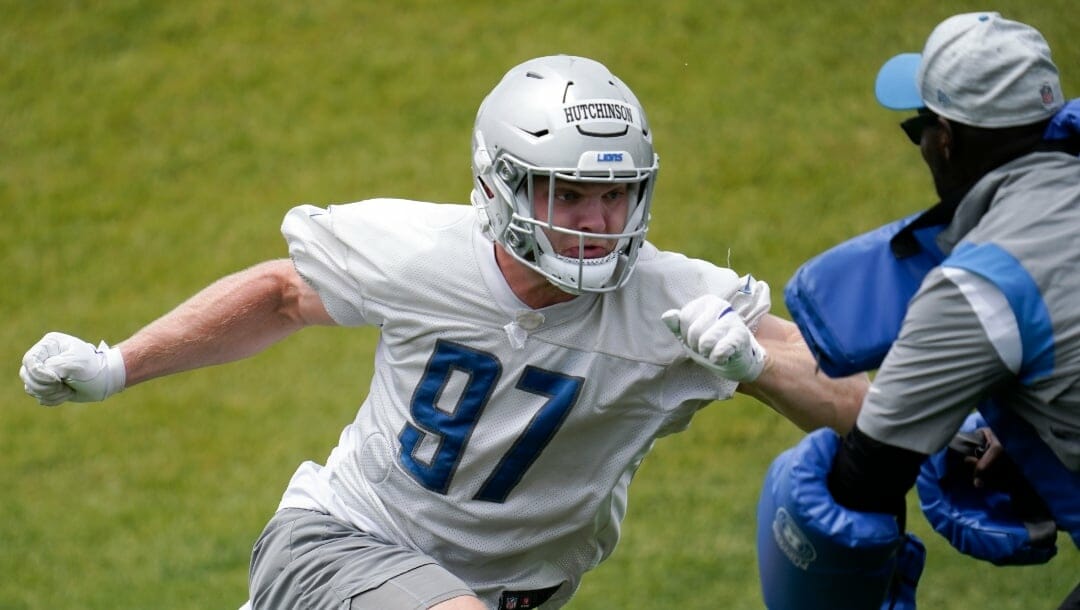 Aidan Hutchinson hasn’t played a single NFL snap but already sits ahead of several elite defensive linemen and behind only one defensive lineman in one critical area: cash.

Eleven days after he was selected with the No. 2 overall pick in the 2022 NFL Draft, Aidan Hutchinson agreed to a four-year, fully guaranteed contract worth $35.7 million, approximately two-thirds of which is due in his first season, making him one of the highest-paid NFL players before playing a game.

By total cash, here are the highest-paid NFL defensive linemen for 2022:

Aaron Donald could’ve walked away with a Super Bowl ring and more than $97 million in career earnings. Instead, the three-time NFL Defensive Player of the Year signed a new three-year, $95-million contract, all of which is guaranteed.

Hutchinson’s $23.2-million signing bonus is evenly spread against the Detroit Lions’ cap over the four years – $5.8 million each year – but the entirety is due in 2022.

That amount accounts for nearly his entire cash number. The remainder is $705,000 in base salary.

For four years after entering the NFL as a second-round pick, Chris Jones was offensively underpaid; he earned a total of $6.2 million from 2016-19. Even with $37.7 million in cash earnings the last two seasons since signing a four-year, $80-million deal, he might still be underpaid.

Despite Thibodeaux’s arrival, the Giants don’t sit alongside the Buffalo Bills and Tampa Bay Buccaneers as Super Bowl favorites in NFL betting.

In the penultimate year of the contract that included $40 million in guarantees, the former third-round pick has a dead cap of nearly $30 million. That plummets to $5.4 million in 2023.

For the first time since 2019 – and just the third time in his six-years career – Myles Garrett has a cash number below $20 million.

Garrett is in the first year of a five-year, $125-million contract signed before the 2020 season. Exactly $100 million of his deal is guaranteed.

Grady Jarrett averaged $956,000 in total cash over his first four seasons after a fifth-round selection in the 2015 draft.

Over the last four seasons (including 2022), Jarrett is averaging $17.4 million in total cash.

Emmanuel Ogbah’s contract might be $65 million over four years, but it could easily become just $32.7 million over two years.

Maxx Crosby is still one year away from playing under a four-year, $94-million contract, but the former fourth-round pick is making big money now.