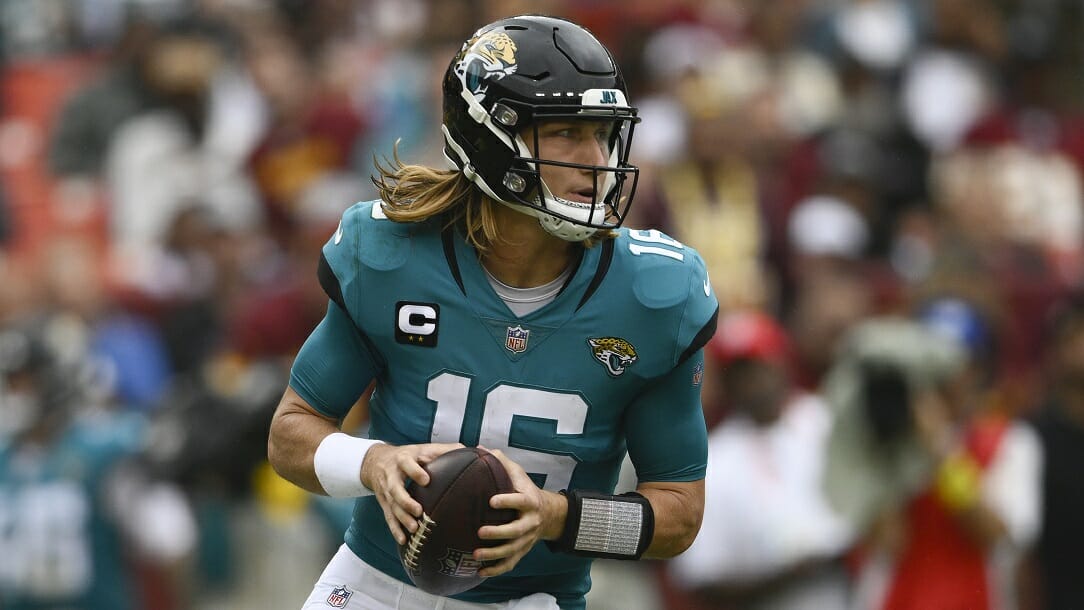 As I do at the end of every week during the fall, here are three of my favorite NFL betting lines from the upcoming Week 2 games. Tail or fade at your leisure.

Thanks to a 2-1 record, we won money on last week’s plays. Let’s do it again.

That said, PFF graded Lance outside the top 20 quarterbacks after last week. And I’ve got to lay nine points with him if I want to bet the Niners against Seattle?

Speaking of Seattle – guess who PFF graded as the No. 2 quarterback in the NFL? That would be Seahawks quarterback Geno Smith.

Basic statistics tell me that both Lance and Smith are due for some regression to the mean over a full-season sample size, so don’t misunderstand me. I’m not holding my breath, waiting for Geno to win NFL MVP.

But on principle, this is a radically high cost to pay for a 22-year-old quarterback who’s started four games in the last 2.5 years.

And I haven’t even mentioned that Kyle Shanahan is 2-8 straight up against Pete Carroll – including four straight losses.

The Colts have released a series of injury updates late in the week that has prompted some Jaguars money. The line has moved from Colts -4 to Colts -3 in the last 48 hours.

However, I was prepared to take Jags +4 early in the week, with the assumption that Indy would play this game at full strength.

Jacksonville is basically the Bermuda Triangle for the Colts. I’m not just talking about last year’s Week 18 debacle with Carson Wentz, either – Jacksonville has won every home game against its divisional rival since 2015.

Even weirder: The Jags are beating Indy over that stretch by an average of 15 points per game, despite the fact that they’re 33-80 straight up over that time frame. They finished last in the AFC South five of the seven seasons.

This is a trend that goes beyond quarterbacks, coaching, scheme or record. The Colts’ health problems will only exacerbate this. That’s why I made the Jaguars my selection in our BetMGM staff picks of the week.

TJ Watt is a huge loss for the Steelers, even if it’s only temporary. However, I still get the Steelers defense at home playing against a seemingly broken Mac Jones offense.

And Jones doesn’t appear to be fully healthy himself.

Everyone is reluctant to pour dirt on Pats coach Bill Belichick, and no one seems to believe in Mitch Trubisky, so I understand why this number is what it is.

Still, this market is showing way too much deference to New England’s historical accomplishments. They just should not be a road favorite in this spot.

This is an easy one, as the NFL schedule has dished us four massive favorites in Week 2, all of whom are playing at home.

This four-team parlay adds up to a price of +110

Want to check out the full NFL Week 2 podcast? Don’t forget to subscribe to The Lion’s Edge for intelligent, weekly insights into trends and betting tips across the online sports betting world. It’s available on iTunes, Spotify, or wherever you listen to podcasts.

You can also listen to it in the web player below