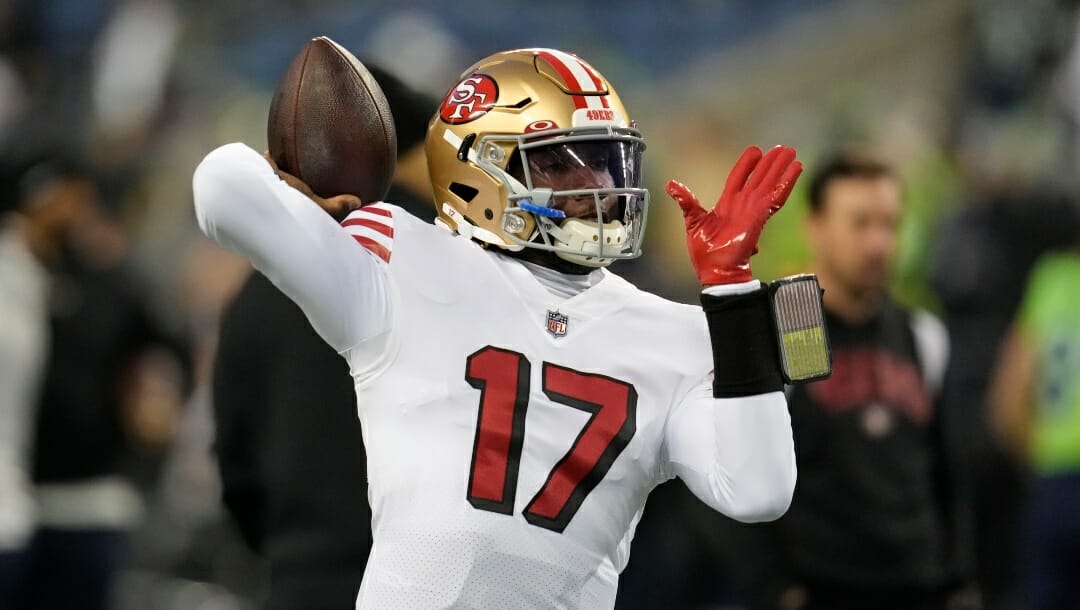 Josh Johnson is the 49ers’ backup quarterback against the Philadelphia Eagles in the NFC Championship. He entered the game in the first quarter after an injury to Brock Purdy, who eventually returned in the third quarter.

Signed off the Denver Broncos’ practice squad on Dec. 4, the same day Garoppolo was injured in a win over the Miami Dolphins, Johnson is a 36-year-old former fifth-round pick of the Tampa Bay Buccaneers who had three previous stints with the 49ers. He didn’t, however, see any playing time in his previous time with the team (2012, 2014, 2020-21).

Johnson is a former fifth-round pick (2008) of the Tampa Bay Buccaneers. He played college football at San Diego, where Jim Harbaugh was his head coach.

The 49ers don’t have a healthy third-string quarterback active for the NFC Championship.

Fullback Kyle Juszczyk is presumably the 49ers’ emergency quarterback for the NFC Championship.

“[H]onestly, there’s comfort in knowing that not much is expected from me,” Juszczyk said in 2018 when Garoppolo was injured. “I’m sure it would be a very basic package. I’m sure I’d be handing the ball off, mostly. And if I did throw, it would be mostly three-step sorts of things.”

Juszczyk has taken snaps in gimmick formations but has never played quarterback at any level of football.