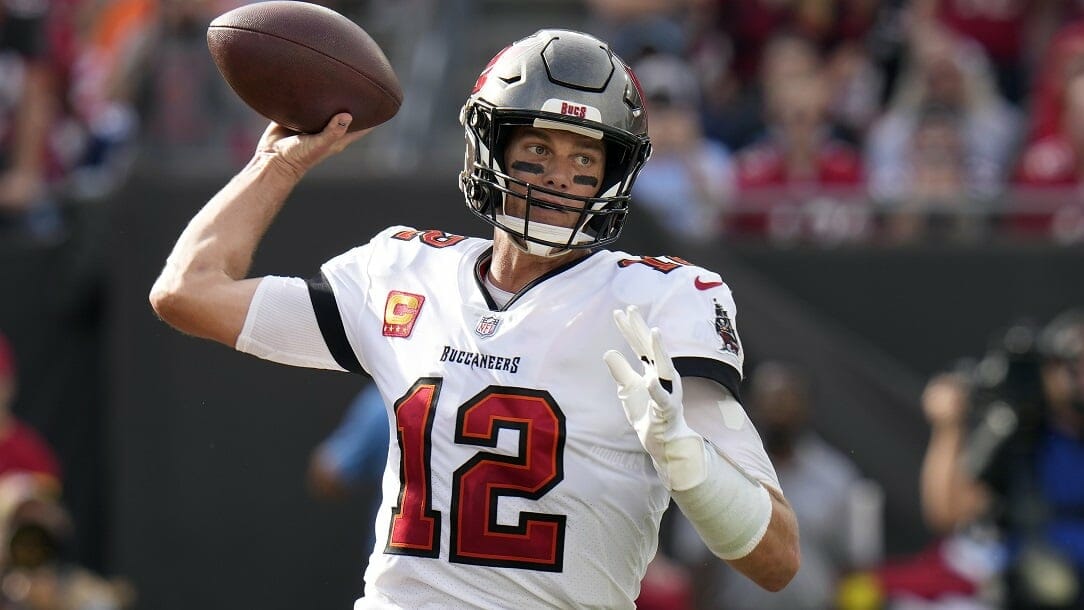 The NFL playoffs are finally here, which means it’s time to start considering how to bet Super Wild Card Weekend.

As I do at the end of every week during football season, I’m sharing some of my favorite NFL betting lines from the upcoming weekend of NFL playoff games. Tail or fade at your leisure.

After I’ve handicapped the whole board each week, I publish my best plays from the wider canon of NFL odds.

In the playoffs, there’s an even greater emphasis on straight moneyline plays. Because playoff games nearly always end with either a favorite cover or an outright underdog victory, additional moneyline bets should be strongly considered.

The Chargers are the supposed “hot” team coming into the playoffs, which is often a beloved public betting spot. The betting community has a tendency to remember when hot teams went on magical runs to the Super Bowl, like the Packers in 2010 or the very elite Joe Flacco Ravens in 2012.

The reality is that for every hot team that enters the playoffs and mounts a run, there’s another three or four who flame out unexpectedly. Because of this, there is often a sharp market opening in fading trendy, hot Wild Card teams.

The Chargers certainly qualify. Early returns from this week’s NFL betting action at the BetMGM online sportsbook had 68% of tickets backing the Chargers as a road playoff favorite in Jacksonville. The marketwide number for the Chargers is about 60%.

Despite the overwhelming volume in favor of the Chargers, the number actually moved in Jacksonville’s favor throughout the early portion of the week, sliding all the way down to Jaguars +1 (-115). Clearly, sharp bettors felt there was an early edge with Doug Pederson and the Jags.

Personally, I felt I had missed my window to bet on Jacksonville, but that was before the line snapped back to its opening position of Jags +2.5 later in the week. Now, the line is close enough for me to do what I really wanted to do all along: Buy the half-point and bet Jacksonville at +3.

Point spreads may not be great investments on the whole for playoff season, but Brandon Staley’s aggressive coaching style and penchant for two-point conversions could magnetize this outcome toward a key number.

At +2.5 or +120 ML, the Jags are a play for me on market profile alone. But I’d much rather have the superior number and the slightly reduced payout, at least in the NFL point spread market.

It’s nice to see the Dolphins return to the NFL Playoffs for the first time since 2016, but let’s keep some perspective here. Miami has yet to win a game this season without Tua Tagovailoa; about one-quarter of its roster is currently limited with an injury designation or not practicing at all.

The Dolphins were lucky to get by an unmotivated Jets team last week that was forced to play with its third-string quarterback, which happens to be the reanimated corpse of the aforementioned Joe Flacco.

I expect an absolute massacre in this spot. As presently constructed, these teams just aren’t on the same page at all. It’s a big number, but there’s a pretty clear reason the number is so large. I’m not afraid to lay it.

The Bengals won and covered, 27-16, which is a big reason why more than 90% of the bets in this game at BetMGM are behind Cincinnati.

But the sportsbook isn’t in the habit of giving away free money, which means I’m naturally suspicious of the Burrow side of this game when it’s repriced at basically the exact same number.

As the week has played out, bettors have watched Lamar Jackson fail to appear in practice. They’ve also seen Tyler Huntley tagged as questionable, though it is widely assumed that he will play in Sunday’s game.

The assumption that Baltimore will play Huntley and not Lamar this weekend has been one of the primary drivers of line movement in this game, which has pushed the Bengals from -6.5 all the way down to -9.5 on Thursday afternoon. I wouldn’t be shocked if we see double digits before kickoff this weekend.

However, the likely reality is that original Ravens +6.5 that the market opened at was probably a Huntley number to begin with. Ravens bettors are getting three free points here from market open for basically no reason.

I like the Ravens at +9.5 here. If Lamar somehow does play, I’ll be in great shape. But even if he doesn’t, I feel that the Ravens’ half of the equation has some inherent value to it. Hopefully, that’s enough to stave off Burrow and the Bengals’ wicked offense.

This is a pure buy-low prospect from me.

If this game was played a month ago, handicappers would write full-blown elegies about how the Cowboys – then considered a legitimate Super Bowl contender because of their elite defense – were head and shoulders better than this dysfunctional Bucs team.

Instead, this game opened at a very nuanced Cowboys -3, and there was instant appetite to buy Tampa. Now, the number is -2.5.

Tom Brady is Tom Brady, so I get that plenty of bettors won’t want to bet against him in the playoffs. He’s also set to play on Monday Night with a Bucs roster that is at its healthiest status of the season.

Tampa won a terrible division with a sub-.500 record. The crazy thing is that they could have just as easily been 5-12, if not for a series of improbable victories pulled deep from the recesses of Brady’s bowels.

The fact that this broken, ineffective team has somehow become a trendy underdog makes me want to stay far, far away from them. This is a wonderful price point for Dallas.

Practically everyone with access to an online sportsbook is considering the same three-team parlay (or teaser) this weekend:

But when it comes to NFL playoff odds, moneyline parlays like this are ripe for blowing up bankrolls. So rather than bet the same parlay as everyone else in the industry, I’d like to put together something a little different:

That’s a much more lucrative three-teamer that pays out +426.

And if you hate unders, there’s always this more offensively oriented totals parlay:

Looking for the full Super Wild Card Weekend odds and analysis? Don’t forget to subscribe to The Lion’s Edge for intelligent, weekly insights into trends and betting tips across the online sports betting world. It’s available on iTunes, Spotify, or wherever you listen to podcasts.

This week’s episode features Pamela Maldonado of Yahoo Sportsbook, breaking down odds for both the NFL Playoffs and the Australian Open.