What to Know About Southern Hills, 2022 PGA Championship Course 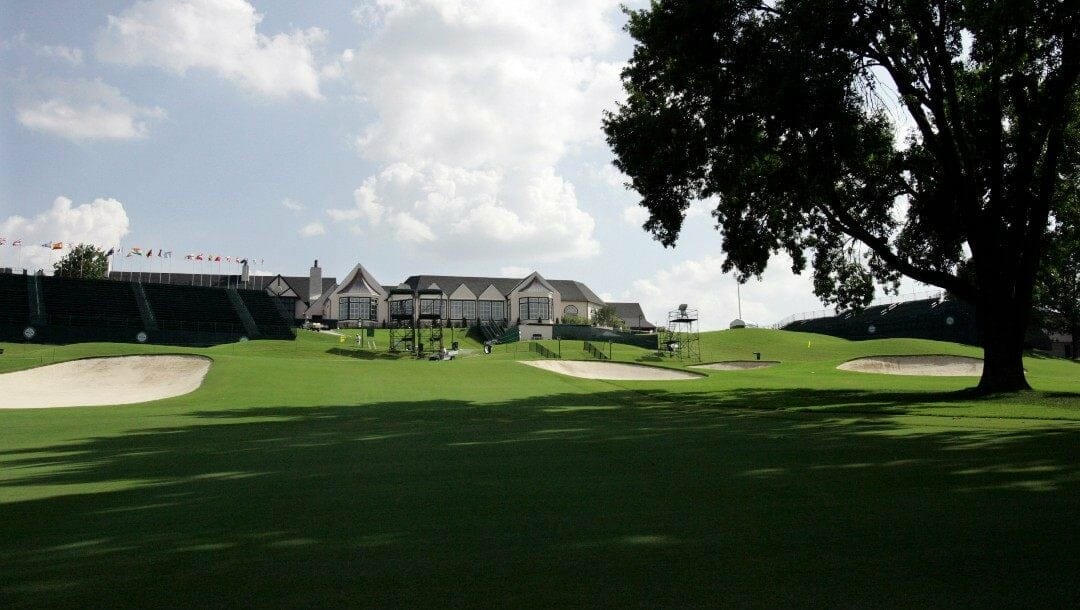 When it comes to golf betting, one of the first things experienced bettors look at is course history.

Unfortunately, with PGA Championship betting, there really isn’t much to go off of.

The event will be played at Southern Hills in Tulsa, Oklahoma. It will be a PGA Championship record fifth time for the venue, but the first since 2007 when Tiger Woods won by two strokes over Woody Austin.

It also hosted numerous USGA events and the KitchenAid Senior PGA Championship just a year ago, but it’s not like the Masters where there’s year-by-year history to go off of when betting the tournament.

Current PGA championship odds have Scottie Scheffler as the favorite at +1100, which shouldn’t come as much of a surprise given his recent hot streak and, in a past interview, said he’s always been a huge fan of Southern Hills.

What to Know About Southern Hills

Southern Hills opened in 1936 and was designed by Perry Maxwell, a founding member of the American Society of Golf Course Architects who also did work at Augusta National. The course underwent a restoration in 2018 by Gil Hanse and Jim Wagner.

The week of the tournament, the course will be a par-70 and play to 7,556 yards. There will only be two par 5s, and both will measure more than 630 yards.

A lot has changed since 2007 and Hanse’s and Wagner’s restoration. Back then, it was more of a target golf course off the tee because of a lot of trees being in play, but many have been cut down and replaced with bunkers to open things up.

Temperatures are expected to approach 90 degrees, so if there’s no rain, the course should play firm and fast.

“I thought the golf course was fantastic,” Jordan Spieth said to reporters at the AT&T Byron Nelson following playing Southern Hills earlier in the week. “I loved it. I think the green complexes are perfectly fitting to the holes. There’s going to be a lot — the greens play maybe three-quarters of the size that they actually are. There’s a lot more runoffs than I remember into Bermuda chipping areas and into runoff areas that are mowed. So you can be left with a lot of really delicate little shots.

“And then they have that hydronic system that a lot of courses have adapted now where they can cool it off and make it firmer, make the firmness whatever firmness they want. So they have the ability to essentially control exactly what almost score to par that they want, obviously weather dependent.

It’s hard to connect any past winners to who might win this year.

Drone Flyby over every hole at southern hills, home of this years, PGA Championship pic.twitter.com/yLJF0UlXaY

What Kind of Player Does Southern Hills Favor?

Some courses favor players who are the longest hitters on Tour, while others demand precision shots to keep the ball in play.

Southern Hills feels like it doesn’t favor any particular player. Back in 2007, Woods and many other players didn’t hit many drivers off the tee as a way to stay in the narrow fairways and avoid the thick rough.

Now, with the fairways widened and rough not as thick since the event will be played in May, the attention will turn to being able to hold the greens with approach shots to stay away from the difficult chipping areas.

Rough has been removed from certain spots around the greens, allowing balls to roll well away from the raised putting surfaces.

The new Southern Hills feels like Augusta National, where it doesn’t favor any specific type of player and will come down to who has the best all-around game that given week. That also makes some sense, given Maxwell did some work there, as well.

So, for an idea on players to favor? Perhaps look at the leaderboard at the Masters last month, or see who has historically had success at the tournament.

If anything, it appears whoever comes out on top will certainly have earned it with terrific play.