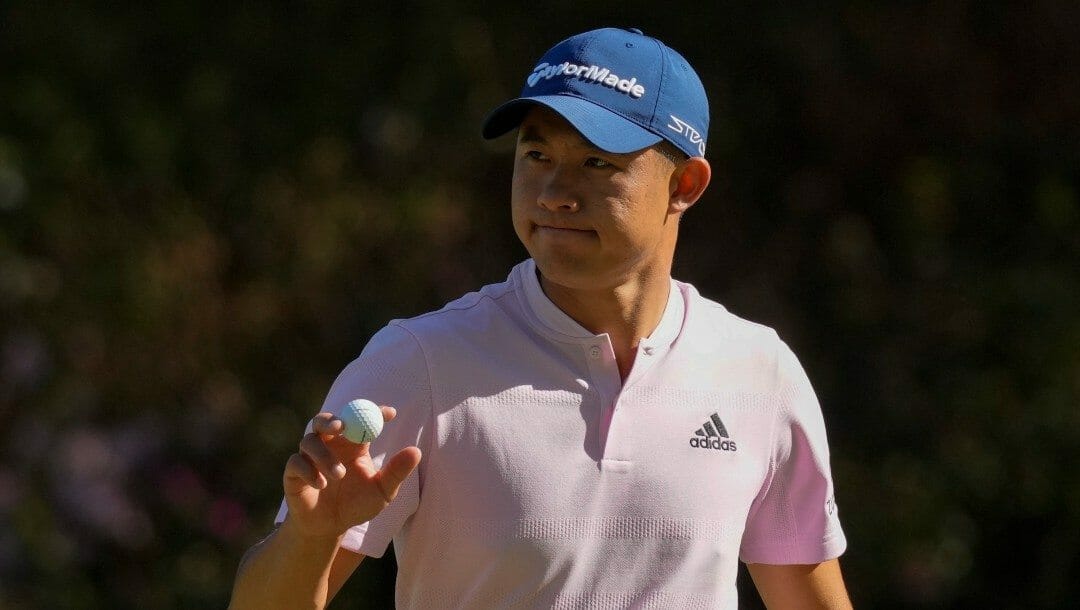 The BMW Championship, which has a purse of $15 million and a winner’s share of $2.7 million, is the second of three FedEx Cup Playoff events.

Rory McIlroy enters the week with the best PGA Tour odds to win at +1000, but it’s not often that the player with the best odds ends up winning.

It will play as a 7,534-yard par 71, which means it will be one of the longer courses of the season. In addition, it has narrow fairways and thick rough, which means this week should favor the longer hitters off the tee.

The bentgrass greens are likely to be firm and fast. However, this shouldn’t favor any player since they are so big and are not played often on Tour.

Without any course history, selecting players this week comes down to how I think the course will play. I expect the longer hitters to have a major advantage and players who hit their mid-to-long irons the best.

Here are my three best bets for the BMW Championship.

Simply put, without a win this season, Morikawa is due.

The 25-year-old hasn’t had the best of seasons by his standard, but he’s trending in the right direction. Morikawa finished T-5 at the FedEx St. Jude Championship, where he made the second-most birdies (22) in the field. He was at his best over the weekend, firing a 66 on Saturday and 67 on Sunday when he missed a few makable putts.

Even though it’s been a down year, Morikawa still ranks third in Strokes Gained: Approach, which will come into play at Wilmington Country Club.

Collin Morikawa with a beauty of a shot to help pull him within 4 🎯 pic.twitter.com/k2Pn5I4BzH

Young offers good value to win outright (+2800) and is also worth a play to finish in the top 10. With Will Zalatoris winning last week, Young is arguably the best player on the PGA Tour without a win.

The two went to Wake Forest together and recently changed caddies. It seemed to help Zalatoris last week, so maybe this is the week it pays off for Young.

In terms of a fit for the course, Young ranks fourth in driving distance, averaging 318.6 yards off the tee.

Going with the longer hitters having an advantage theme, Kitayama ranks seventh in the field in driving distance and has performed well this year where length is an advantage (top-3 finishes at the Scottish Open, Mexico Open, and Honda Classic).

Kitayama has five top-25 finishes this year, including a second-place finish at the Scottish Open last month.

At BetMGM, the excitement of golf betting never stops. With live betting, you can bet on golf odds throughout a tournament.

Whether you’re looking to hedge against a pre-tournament bet on Scottie Scheffler at The Masters, increase your investment on Rory McIlroy at The Open Championship, or take a new position on Collin Morikawa at Pebble Beach, you can place live bets on a variety of odds.

Visit the sportsbook today to get closer the action on the course!