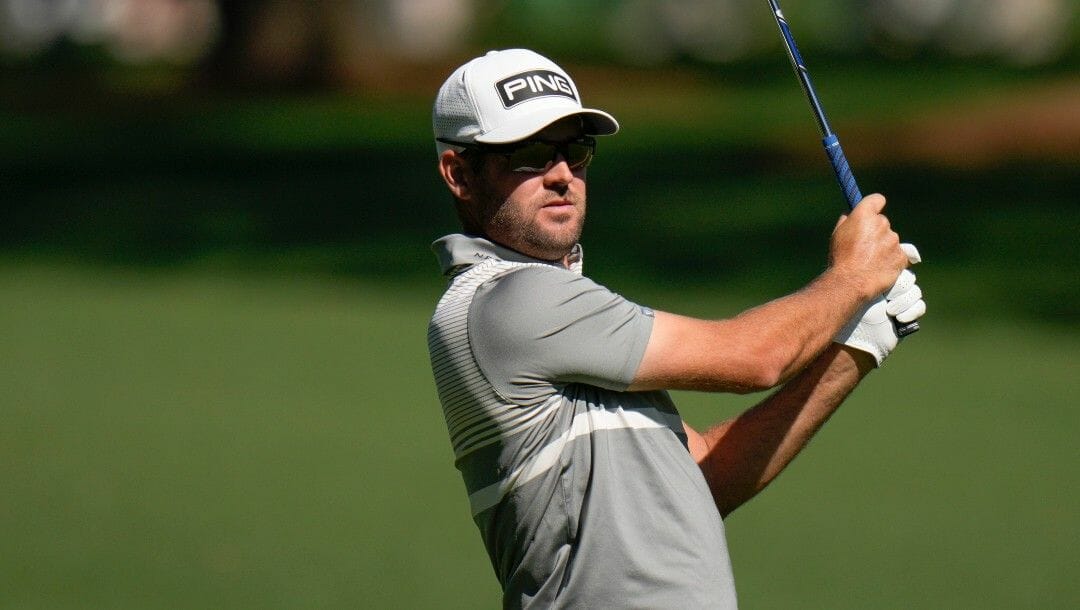 While not as drastic as the Zurich Classic or the Mexico Open at Vidanta, it will be another unique week of golf betting on the PGA Tour.

With the Presidents Cup taking place at Quail Hollow in September, the Wells Fargo Championship won’t be played at its usual course and will move to TPC Potomac at Avenel Farm.

Unlike last week’s Mexico Open, where there was no course history to go off of at all, there’s at least a little this week. The course hosted the Quicken Loans National in 2017 and 2018 and then a Korn Ferry Tour event in 2012 and 2013.

TPC Potomac will play to 7,160 yards, which is on the short end of PGA Tour courses and is a par-70 with just two par-5s. Kyle Stanley won the Quicken Loans National in 2017 at 7-under and the following year Francesco Molinari dominated the field, winning by eight strokes and finishing at 21-under.

What does all this say?

Players who hit their irons the best will likely be at the top of the leaderboard come Sunday afternoon.

This is why it’s no surprise that the player getting the most tickets and handle as of Tuesday at the BetMGM online sportsbook is Corey Conners.

Conners, of course, is one of the best ball-strikers on the PGA Tour. The Canadian has +2000 golf odds to win, which are the second-best in the field. Rory McIlroy, the defending champion, has the best at +850.

Conners’s odds are interesting as he is ranked No. 31 in the world going into the week, and yet he has better odds than 11 players ranked ahead of him. The field has 12 of the top 26 players in the world, including McIlroy, Abraham Ancer, Matt Fitzpatrick and Tony Finau.

Despite all that talent teeing it up, Conners makes a lot of sense.

On top of his great ball-striking, he’s enjoyed quite a bit of success of late. He has three top-12 finishes in his last four events, including a T-6 finish at the Masters.

Finau, who had a great week last week at the Mexico Open, has golf odds of +2200. Young, who is enjoying a terrific rookie season, has +4000 odds after opening at +5000. Young, like Conners, is known for his iron play.

Webb Simpson would have been a popular play if the event was at Quail Hollow, which is right in his backyard, is currently +5000 to win, and is only taking in 0.9% of the handle.