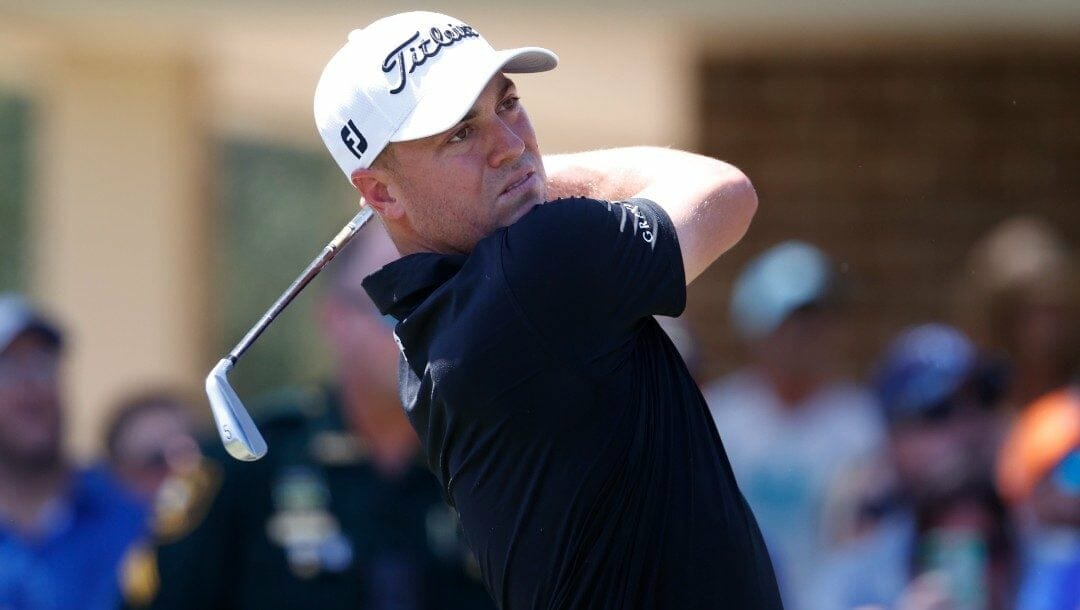 The PGA Tour’s version of March Madness is this week with the WGC-Dell Technologies Match Play at Austin Country Club in Austin, Texas.

It is a unique week of golf betting because it’s not a typical four-round tournament. The 64 players in the field have been placed into 16 pods based on world ranking. The four players in each pod will play round-robin matches Wednesday-Friday to see who advances into the weekend.

When digging into the golf odds this week it’s important to ignore the rankings. They do not mean much at all, especially when compared to the NCAA Tournament. Last year, only one of the highest-ranked players in a pod made it to the weekend (Jon Rahm). And the winner – Billy Horschel – was the No. 32 seed.

Because of the format, the golf odds to win are very tightly bunched at the BetMGM online sportsbook. Twelve players are between +1200 and +3000.

Justin Thomas (+1400, second-best odds in field) is a very popular pick. He’s pulling in the highest ticket percentage at 6.1% and second-highest handle at 7.3%.

Thomas is now ranked No. 7 in the world and hasn’t won a tournament on the PGA Tour since the Players Championship over a year ago. He also has just two wins since January of 2020, which bothers the 28-year-old.

“I clearly have not won very many golf tournaments in the last two years, year-and-a-half at least,” Thomas said to reporters last week. “But I’ve played some pretty damn good golf and if you’re not winning tournaments, you’re getting lapped [in world rankings] right now and that’s just the way it is.

“… So it gets me working harder because your main goal is to have no names above you in the World Ranking and I definitely have more ahead of me than I would like.’’

Thomas hasn’t had the greatest success at the event; his best finish is a fourth-place effort in 2018. But, his recent form (six top-10 finishes in his last eight events) and being due for a win has bettors backing him this week.

Rahm has the best odds at +1200, but isn’t a popular bet given his struggles of late. Bryson DeChambeau is scheduled to play his first event on the PGA Tour since the Farmers Insurance Open in late January and opened with +2800 odds but is now +3300.

It’s no surprise Kisner is a popular play considering his past success at the event; he won in 2019 and finished second in 2018.

Overall, it’s a star-studded field with seven of the world’s top-10 players teeing it up.