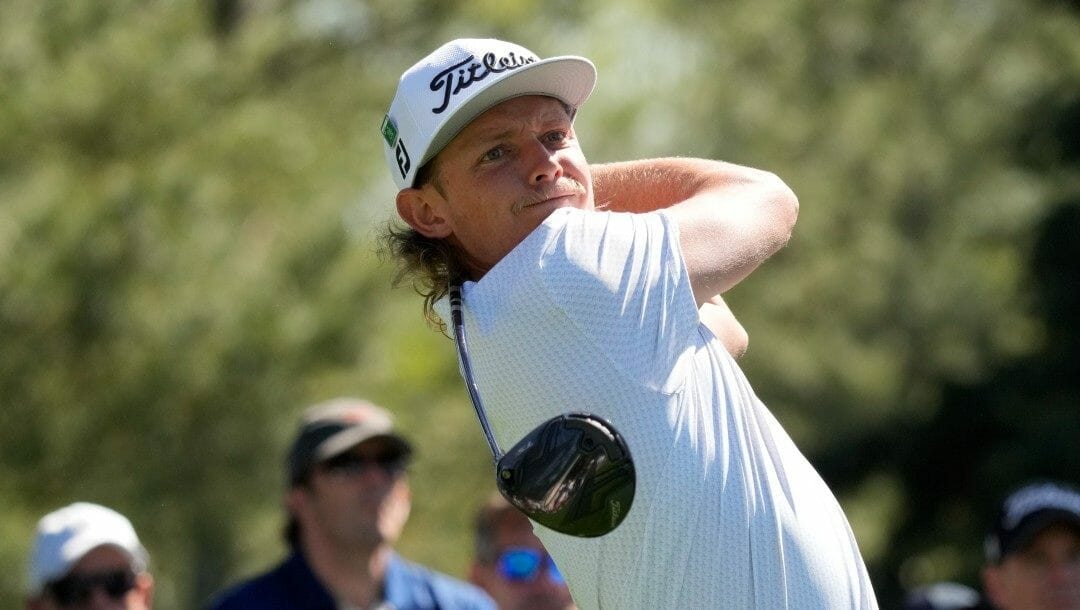 This means when it comes to golf betting, the attention shifts toward live Masters odds and live golf betting.

This could be betting on a player following the conclusion of a round to win, or even in the middle of a round. For example, if Tiger Woods has a great stretch of holes, bettors can place a bet online for him to win the tournament right at that moment.

A birdie and a fist pump for Tiger at 16.

He's back to under par. pic.twitter.com/17VLYKSz2K

Other options for live golf betting include wagering on what a player will score on a particular hole (birdie, par, bogey, etc.).

All of it makes the golf watching experience that much more fun, especially for a tournament like the Masters.

Here are some trends to keep in mind when betting on players to win outright heading into Rounds 2, 3 and 4.

– In the past four regularly scheduled Masters (not including the 2020 Masters, which was played in November), just 9.3% of players who had at least a share of the top-10 following Round 1 had their best round of the tournament on Thursday.

Based on that, it may be a good idea to take a look at any of the players in the top 11 (and ties) following the first round.

The second trend indicates that over 90% of players in four of the last five Masters (not including 2020) who finished in a share of 10th place or better following the first round posted an even better score in Round 2, 3 or 4.

This furthers the trend of targeting players at the top of the leaderboard.

– There are 29 previous instances in Masters history of a player leading by one stroke through 36 holes; eight went on to win, the last being Trevor Immelman in 2008.

– Only one player since 1980 to lead the Masters outright after each of the first two rounds went on to win (Jordan Spieth in 2015).

– More than 80% of Masters champions over the last 50 years were within four strokes of the lead through 36 holes, and 34 of the last 35 winners were inside the top 10 with two rounds to play.

The first two trends are bad news for Im if he leads the tournament again after Round 2. He currently sits at 5-under par, one shot ahead of Smith.

The third and final trend indicates how difficult it is to come from way back at Augusta National over the weekend. When placing wagers on players to win outright following the 36-hole cut, make sure they are inside the top 10.

– The largest 54-hole deficit overcome to win a Masters is eight strokes by Jack Burke Jr. in 1956.

– 32 consecutive Masters champions have been in the top five through 54 holes.

These trends are very similar to following Round 2, indicating how hard it is to come from behind. So, when betting on a player going into the final round, it might be a good idea to make sure they are in the top 5.

Relating to the third trend, the following players were in the top 12 in the world going into the week: