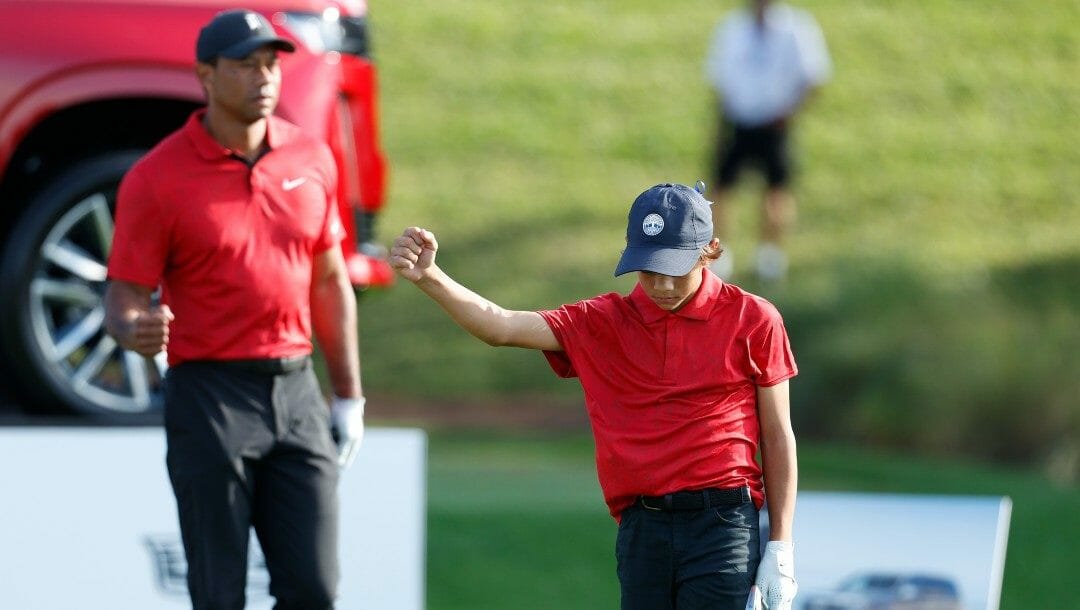 The PNC Championship, which has a purse of $1.085 million, will be played Dec. 17-18 at the Ritz-Carlton Golf Club in Orlando, Florida.

It’s not an official PGA Tour event, so it’s a relaxing way to close out the 2022 calendar year with a professional playing with a close family member.

The PNC Championship field is made up of 20 teams, including Tiger Woods and his son Charlie, John Daly and his son John, Justin Thomas and his dad Mike, and Jordan Spieth and his dad Shawn.

All 20 teams will play a scramble format over the two days.

This means both players hit from the tee, and the team selects the best shot among the two. They then both play from that spot and select the better shot from there. They continue this pattern until the ball is in the hole.

It was originally reported Charlie Woods would play from one set of tees up from the back tees (same as John Daly, Nelly Korda), but the tournament committee ultimately ruled he will play from a tee back from where he did last year.

Team Woods will tee off at 11:05 a.m. ET on Sunday. They will play with Justin Thomas and his dad Mike once again. Team Woods trails Team Thomas by two shots.