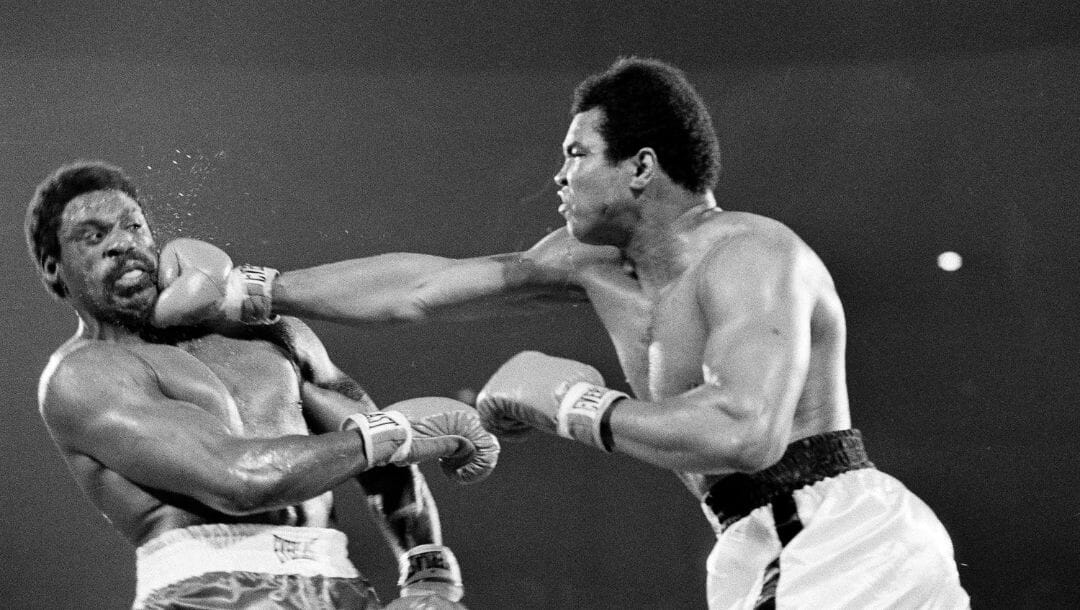 The meanest and baddest men on earth are found in boxing’s heavyweight division as they take charge of online boxing betting whenever they square up inside the ring. The unmatched power and entertainment they bring are what separates them ahead of the other weight classes.

This division is also home to some of the most legendary and recognizable personalities in the sport’s history. These athletes have defied the boxing odds and etched their respective names in the conversation of the all-time best. We have listed down the top five heavyweight champions in boxing history.

Muhammad Ali is one of the names that pop up quickly when talking about the best heavyweight boxers of all. The ‘’Greatest’’ has lived up to the nickname because of his achievements, one of which is being the only three-time heavyweight champion in history. His unique skills have allowed Ali to conquer the tough field of contenders.

He defeated Sonny Liston in 1964 to win the WBC and WBA titles, then defended it eight consecutive times before getting stripped of his belts due to his refusal to join the Vietnam War. Ali reclaimed his place at the top of the division by beating George Foreman in 1974 and Leon Spinks in 1978. The Kentucky native also defeated the likes of Joe Frazier, Ken Norton and Floyd Patterson.

The best boxing heavyweight record belongs to Rocky Marciano who amassed an outstanding record of 49 wins (43 KO/TKOs) with no losses or draws. Marciano was known for his power and the fighting style that bullied his opponents during their match, which made him one of the most feared fighters during his era.

His perfect 49-0 record came with an 87% finishing rate and allowed him to win the heavyweight title over Jersey Joe Walcott in 1952 and defend it six straight times against the likes of Jersey Joe Walcott (rematch), Roland LaStarza, Ezzard Charles (twice), Don Cockell and Archie Moore. Marciano announced his retirement in 1956 to focus on his wife and baby. He suffered a tragic death in a plane crash in 1969 at 45.

During his tenure as the champion, the ‘’Brown Bomber’’ has defeated the likes of Max Schmeling, Bob Pastor, Johnny Paychek, Abe Simon, Johnny Davis and Jersey Joe Walcott. He announced his first boxing retirement in 1948 before returning in 1950 in a decision loss to Ezzard Charles. Then, he went on to compete in ten more fights, picking up nine more wins and only losing one.

The longevity of Larry Holmes has placed him on this legendary list as he competed for 29 years; although it was in between multiple retirements and comebacks, still, this is outstanding. Holmes holds the second-most title defense in the heavyweight division with 20, second only to Joe Louis’ 25. His signature jab was one of the primary keys in his boxing career.

During his rule in the heavyweight division, he took out the names of Ken Norton, Ossie Ocasio, Leroy Jones, Leon Spinks, Gerry Cooney, and even Muhammad Ali. After his last successful title defense over Carl Williams, the ‘’Easton Assassin’’ lost three straight matches to Michael Spinks (twice) and Mike Tyson. Then, Holmes appeared in 24 more bouts, winning 21 and only losing three.

Tyson Fury’s inclusion in this list may be premature to some fans and pundits, but his achievements in the division are no denying. After dominating the British boxing circuit for six years, Fury finally captured his first major world title in 2014 when he defeated Derek Chisora for the WBO title, which he immediately defended over Christian Hammer with an eighth-round TKO.

The ‘’Gypsy King’’ earned his superstar status when he halted the reign of long-time titlist Wladimir Klitschko to unify all four titles. Fury then collected seven more wins (four title defenses) and received a draw to remain undefeated in 33 fights. He announced his retirement after scoring a sixth-round TKO win over Dillian Whyte in his last fight in April 2022.