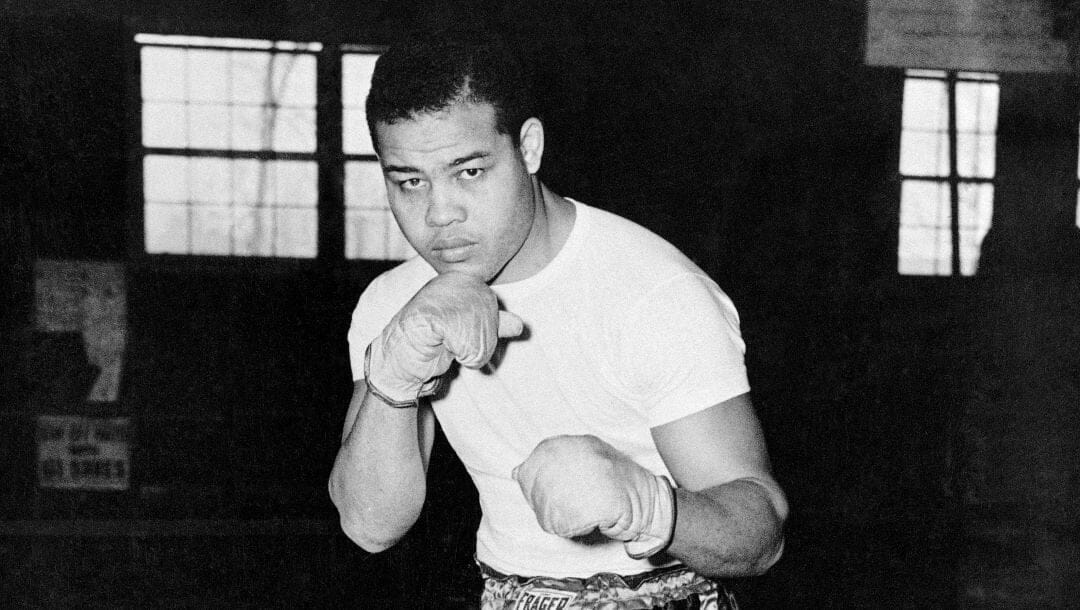 The discussion of the best boxers in the world is a subjective topic, and looking at the boxing odds, there are several factors to consider, particularly a boxer’s achievements and accolades. With a wealth of iconic fighters throughout history, It is hard to pick the top names to throw in a ranking, but this list will present the top boxers.

This ranking will dissect the significant accomplishments these legendary boxers have attained and ultimately identify their respective places in this list. Without further ado, here are the world’s top 10 boxers.

Willie Pep is one of the greatest featherweight champions in history and is famous for his defensive skills. Although not verified, there is a story that Pep even won a round without throwing a punch because he made his opponent terribly miss. He reigned the featherweight division between 1942 to 1948 and 1949 to 1950.

“Will o’ the Wisp’’ had an 11-3 record, including five knockouts in world title fights and a 13-5 record against former, current, and future champions. Some notable names he defeated were Sandy Saddler, Chalky Wright, Manuel Ortiz and Jackie Wilson. In 241 career fights, he won 229 (65 TKO/KOs), only lost 11 times and had one draw in his record. He was officially enshrined in the International Boxing Hall of Fame in 1990.

Being a multi-division champion was a thing in boxing as fighters went up in weight to capture more titles. But being an undisputed champion in different weight classes is on another level. This is exactly what Henry Armstrong has done in his professional career by becoming the simultaneous king in the featherweight, lightweight and middleweight divisions.

Although it only lasted a few months in 1938, it is still an unbelievable feat that no other boxer has replicated. Armstrong defeated 18 opponents in world title fights, and most of his victories came in the welterweight division. “Homicide Hank’’ has wins over Chalky Wright, Lou Ambers, Barney Ross and Tippy Larkin. Overall, he accumulated 149 wins, 21 losses and 10 draws in his 14-year professional career.

Panama’s greatest boxer Roberto Duran lands at the number eight spot on this list. With a career of over 33 years, Duran captured four titles in four different divisions, particularly in the lightweight, welterweight, light middleweight and middleweight divisions. Of his 119 career fights, he won 103, including 70 TKO/KOs and only lost 16 times. Duran appeared in 21 title fights, winning 16 (13 via stoppages).

The top names in Duran’s victim list were Sugar Ray Leonard, Ken Buchanan, Davey Moore and Ernesto Marcel. He is also the only boxer to win the Ring Magazine Comeback of the Year award twice when he received the award in 1983 and 1989. In 2006, he was inducted into the World Boxing Hall of Fame, and a year after, he was recognized in the International Boxing Hall of Fame.

The original title as boxing’s cash cow belongs to Jack Dempsey, who was the first boxer in history to have gate receipts worth over $1,000,000 because of his exciting fights and performances. Dempsey, the legendary heavyweight fighter, revolutionized the sport through his power that slept a few of his opponents. He knocked out 43 of his 53 opponents in his career.

Manny Pacquiao is the only boxer in history to win eight world titles from different weight divisions, which is why he earned his place in this top 10 ranking. The Filipino boxing superstar began his career as a 106-pounder when he made his professional debut in 1995. Since then, he gradually moved to higher-weight classes and ran through the competition.

‼️❌ Manny Pacquiao has confirmed that he's retired from boxing at the age of 42 following his defeat to Yordenis Ugas. He leaves the sport as an eight-weight world champion across four different decades, one of the greatest boxers of all time. [@ToniGonline] pic.twitter.com/KvZt1TbFNu

The record-holder for the most wins without a loss in boxing is Floyd Mayweather Jr. He has an immaculate record of 50 wins and no defeat, including 27 victories via stoppage. After a successful amateur career that saw him win a bronze medal in the Olympics, Mayweather jumped to the paid ranks and instantly became a star with his flawless defense.

With a perfect record of 50-0 and having totaled over 1.1B dollars in career earnings in a 20 year span

The Hall of Fame Career of Floyd Mayweather

Some of the big names he defeated during his professional run were Oscar De La Hoya, Manny Pacquiao, Marcos Maidana, Arturo Gatti and Shane Mosley. Aside from having the most wins with no losses, Mayweather also holds the record for the most world titles held simultaneously with five and tied with the most world title victories with Evander Holyfield by racking up 11 world title wins.

Rocky Marciano is another undefeated boxer on this list, with his career record of 49 wins with 43 knockouts. Additionally, he fought in the heavyweight division, arguably the most famous weight class in the sport. Marciano is ranked higher than Floyd Mayweather Jr. because he didn’t hand-pick his opponents back then and only retired from the sport to prioritize his family.

The ‘’Brockton Blockbuster” is also the world heavyweight champion with the shortest reach in history. Marciano tasted gold in November 1952 by stopping Jersey Joe Walcott in the 13th round of their title showdown. He then defended it six times against Jersey Joe Walcott (in a rematch), Roland LaStarza, Ezzard Charles (twice), Don Cockell and Archie Moore. Unfortunately, he died prematurely in 1969 through a tragic plane crash.

Sugar Ray Robinson has achieved many accomplishments inside the ring, with almost 200 fights during his career that lasted for 25 years. Mainly thanks to his tremendous power, he saw himself in long consecutive streaks, particularly a 40-fight streak in the early stage of his career and a 91-fight winning stretch. Robinson captured two division titles in the welterweight and middleweight divisions.

Sugar Ray Robinson took down several big names: Henry Armstrong, Jake LaMotta, Fritzie Zivic, Kid Gavilan and Sammy Angott. He competed in 22 world title fights and won 14, including seven knockouts, absorbed seven losses and a draw. Robinson officially booked his place into the Ring Boxing Hall of Fame and the International Boxing Hall of Fame when he was inducted in 1967 and 1990.

The great Joe Louis is the number two spot on this list. The ‘’Brown Bomber’’ made headlines because of his power that saw 52 of his 66 opponents go down. Due to this power, Louis set the record as the longest-tenured world heavyweight champion for over 11 years. Also, he is the lone active heavyweight champion to serve in the military during his reign.

Louis amassed a record of 27 wins (with 23 knockouts) and one defeat in world title fights and notably beat the likes of Max Schmeling, Jim Braddock, Jersey Joe Walcott and Primo Carnera. The legendary heavyweight only suffered three career defeats and only one knockout loss courtesy of Rocky Marciano in his last professional fight in October 1951. He was enshrined in the International Boxing Hall of Fame in 1990.

Muhammad Ali tops this list of the top 10 boxers. After a successful amateur career with multiple trophies, national titles and an Olympic Gold Medal, Ali transitioned smoothly to the professional setting in 1960. After a 19-fight unbeaten streak, he earned his title shot and beat Sonny Liston in February 1964. He defended it 11 times before Joe Frazier gave him his first career loss.

But “The Greatest’’ wasn’t deterred as he was able to recapture the title two more times to become the only three-time lineal heavyweight champion of the world. Additionally, he was the first heavyweight champion to come back from retirement and win the title. In total, he had 19 title defenses across his multiple reigns. Ali accumulated 56 wins and five losses in his 21-year professional stint.