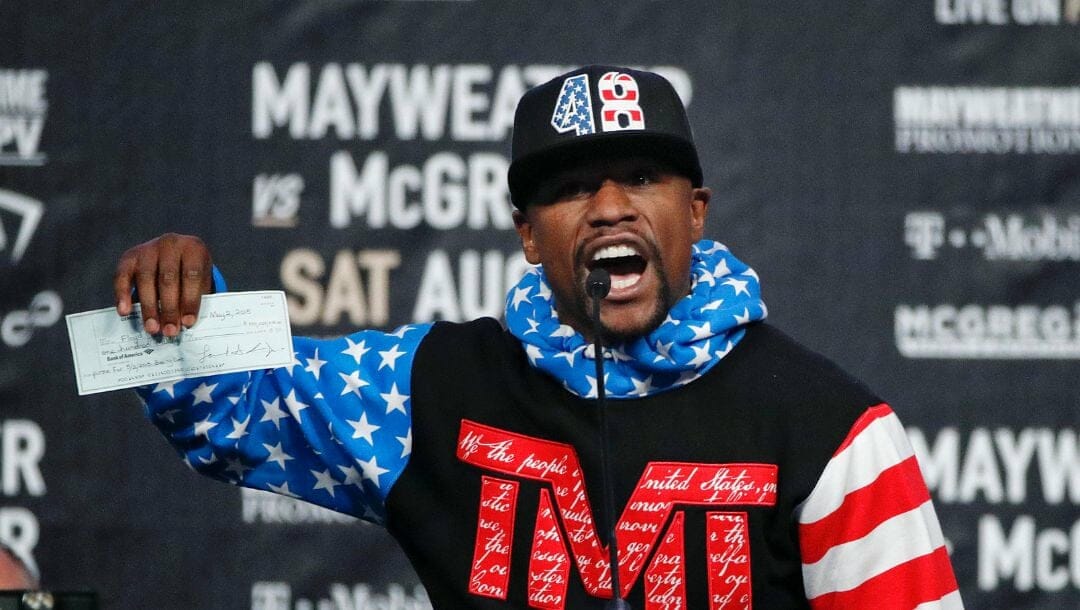 There is no doubt that boxing is one of the biggest sports in the world. Two of the biggest indications of this are the pay-per-view buys and the boxer’s pay, which made them a living and a fortune.

This is also why online boxing betting has been an in-house habit for combat sports fans who want to defy the boxing odds in every big card on weekends.

But who among these great boxers has secured the biggest money throughout their careers? Here is a list of the top five of them.

Floyd Mayweather’s legacy as the greatest boxer in history with his perfect 50-0 professional record has been a great debate for years now, but his net worth is undeniable. With over $560 million of career earnings, the former Silver Olympic medalist has grossed a fortune.

Thanks to his villain persona and high-profile fights with Oscar Dela Hoya, Canelo Alvarez and Manny Pacquiao, his wealth grew enormously throughout his professional run. Add in his lucrative exhibition matches, then we have the wealthiest boxer of all time.

Another former Olympian follows Mayweather in the list of the richest boxers in history, as George Foreman got himself a $300 million net worth. Unlike Mayweather, Foreman, the former heavyweight champion, didn’t solely receive his fortune in fighting.

A considerable chunk of his wealth came from his endorsement and profit from the ”George Foreman grill” which became a hit. He agreed to become the face of the product and even allowed the manufacturer to use his name for it.

As accomplished as a boxer that he is, Oscar De La Hoya is currently a successful promoter. The former six-weight division champion’s earnings may be attributed to a split revenue from his fighting career and promotion. He fought the likes of Floyd Mayweather Jr. and Manny Pacquiao during his boxing run.

Today, De La Hoya is still pretty much involved in the boxing scene, but this time, he is promoting up-and-coming stars like Ryan Garcia, Hector Valdez, Gilberto Ramirez and his 40 other fighters under his Golden Boy Promotions. Overall, the American-Mexican icon has accumulated $200 million in revenue.

The only eight-division boxing world champion sits at the number four spot among the richest boxers with $190 million. The fighting pride of the Philippines also has the rags to riches story as he came from humble beginnings. He was barely surviving in the province of General Santos, and boxing saved him.

Pacquaio climbed to the top of the boxing world by becoming a multiple-time champion in eight weight classes. His mega-fight with Oscar De La Hoya, Miguel Cotto, Ricky Hatton and Floyd Mayweather has allowed him to reach this enormous wealth that he possesses, which he also uses to help his poor fellow countryman.

Former three-time heavyweight champion of the world and lineal champion Lennox Lewis rounds out the list of the richest boxers of all time. His high-profile bouts with Mike Tyson and Evander Holyfield have earned him a huge part of his fortune.

After having a fantastic run inside the boxing ring for 14 years, Lewis had an impressive record of 44 wins against two losses and one draw. Since hanging up the gloves in 2003, he immersed himself in show business, appearing in various TV shows and movies, which allowed him to pile up his net worth continuously.