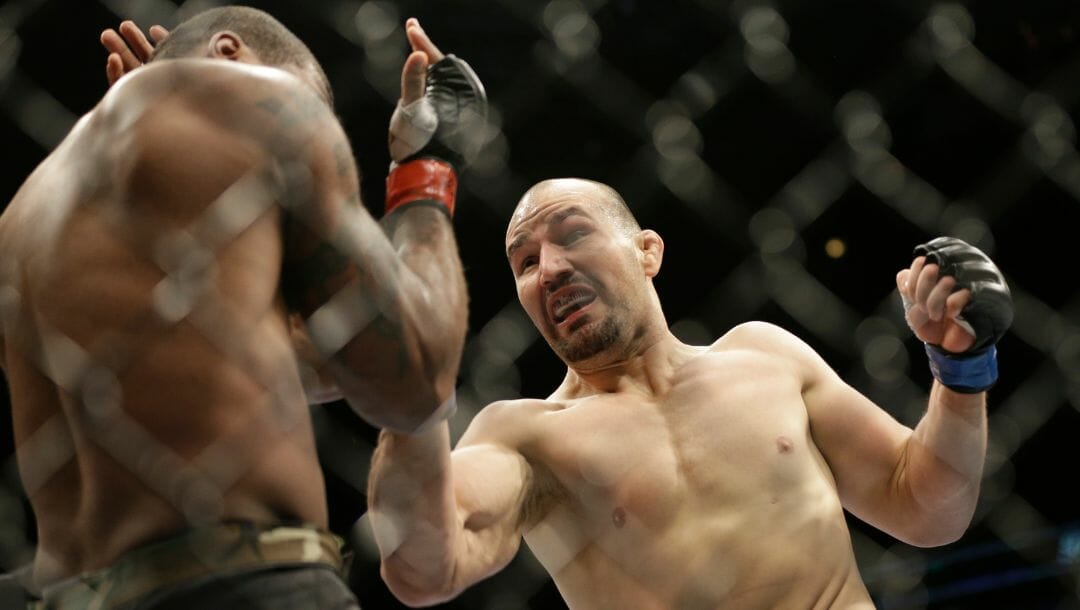 Due to his better record of only one loss, Jamahal Hill will be the slight favorite in the UFC odds at -120 against Glover Teixeira, who is going to be the slight underdog at +100 in BetMGM’s online sportsbook. This will be Teixeira’s 23rd UFC appearance and Hill’s eigth fight under the Las Vegas-based promotion.

Glover Teixeira made a successful UFC debut in May 2012 when he submitted Kyle Kingsbury in the first round. Then, the Brazilian quickly racked up an impressive four consecutive wins against Fabio Maldonado, Rampage Jackson, James Te Huna and Ryan Bader to obtain his first-ever title opportunity against Jon Jones.

However, Jones was too much for Teixeira to handle as he dropped a unanimous decision defeat in April 2014 to come short of becoming a title holder. Six months later, the Brazilian MMA star sustained another loss courtesy of Phil Davis with another unanimous decision beating. But Teixeira bounced back in a big way by generating a mini streak.

The veteran fighter picked up three straight stoppage wins over Ovince Saint Preux (third-round submission in August 2015), Patrick Cummins (second-round TKO in November 2015) and Rashad Evans (first-round knockout in April 2016) to stay relevant in the 205-pound division. This streak, though, was halted with a devastating knockout.

Anthony Johnson did quick work of Teixeira after a 13-second knockout in August 2016, which saw him in an up-and-down result in his next four fights. The pride of Sobralia, Minas Gerais, Brazil, had a 2-2 win-loss record with wins over Jared Cannonier and Misha Cirkunov; and losses from Alexander Gustafsson and Corey Anderson.

With this roller coaster outcome, it appeared that Teixeira would be the next gatekeeper of the division, but he proved everyone wrong by winning five successive fights, including four stoppages. The 43-year-old defeated Karl Roberson, Ion Cutelaba, Nikita Krylov, Anthony Smith and Thiago Santos.

Because of this incredible post-prime resurgence, Teixeira secured his second crack at the light heavyweight title, this time against Jan Blachowicz in October 2021 and maximized the opportunity by submitting the Polish in two rounds and realized his dream of becoming a UFC champion.

Teixeira’s maiden title defense went down in June 2022, where Jiri Prochazka challenged him for the undisputed title. It became an instant classic fight where both athletes enjoyed their respective moments throughout the match, but in the end, Prochazka mustered a massive come-from-behind submission win to dethrone Teixeira.

Since 2017, Jamahal Hill was already racking up wins in his professional MMA career and collected five straight victories, including two stoppages. This is the main reason why he was able to crack a spot in Dana White’s Contender Series in Season 3, Week 5 of the competition.

Hill impressed the UFC President with a second-round TKO victory over Alexander Poppeck to get his spot in the promotion’s roster and earn a contract. Six months after, he made his UFC debut against Darko Stosic, and Hill outpointed him en route to a unanimous decision triumph.

“Sweet Dreams” had a four-month turnaround and fought Klidson Abreu in May 2020. Hill scored another first-round knockout over Abre; however, it was ruled a no-contest affair after failing a Marijuana test. This uneventful result motivated him to strengthen his status as one of the top contenders in the weight class.

The Grand Rapids, Michigan native TKO’ed Ovince St. Preux in his return fight in December 2020. Hill was poised to make a serious run for a title shot after the win over OSP, but Paul Craig had other plans in June 2021 as he postponed his ascent with a second-round TKO victory over Hill.

Glover Teixeira vs. Jamahal Hill: Tale of the Tape and Fight Analysis

On paper, Jamahal Hill has the advantage over Glover Teixeira as he has better physical attributes in height at 6-foot-4 compared to Teixeira, who is 6-foot-2, reach of 79 inches which is three inches longer than Teixeira’s 76 inches and a one-inch leg reach edge of 43.5 inches against Teixeira’s 42.5 inches.

In terms of record, Hill still has the better number of 11 wins and only one loss, but Teixeira holds the luxury of a 41-fight experience with 33 wins and eight defeats. Looking at the method of wins, Hill has more TKO/KO and decision victories at 64% and 36% compared to Teixeira’s 55% and 15%; however, the Brazilian has a better submission rate of 30% compared to the American’s 0.

Moving to the striking numbers, “Sweet Dreams” has the better numbers in the significant landed per minute of 6.46 compared to Teixeira’s 3.80, which is equivalent to 52% and 50%, respectively. The former also has fewer absorbed strikes per minute at 3.51 against the latter’s 3.93, but Teixeira’s percentage is higher at 52% compared to Hill’s 45%.

Stylistically, it will be a battle between a striker and a grappler as Hill will be utilizing his kickboxing background, and Teixeira is going to rely on his Brazilian Jiu-Jitsu expertise to neutralize the power that Hill has on his punches. Although the former champion could opt to stand and trade with his younger foe.

Teixeira has proved in his last two fights against Blachowicz and Prochazka that he isn’t afraid of trading blows on the feet despite his enormous experience and advantage on the mat. On the other hand, Hill has a bad history of fighting grapplers, mainly when he lost to Craig, where his arm was snapped due to an armbar submission attempt.

Expect the Brazilian to explore this route in this match, especially since Hill’s last three fights ended with a TKO/KO result. Teixeira’s superior grappling could be the principal factor in this title showdown, although Hill can land his signature power punches during the start of the bout as it begins on the feet.

Whether you’re looking for heavyweight, welterweight, or featherweight odds, there are a variety of betting opportunities for everyone.