When is Charles Oliveira’s Next Fight? 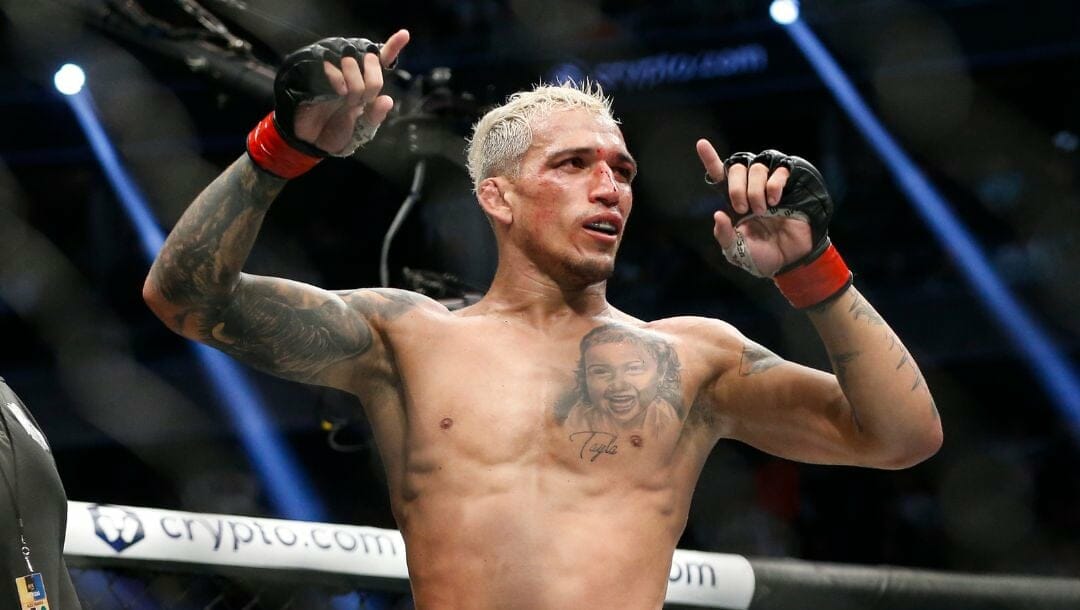 Charles Oliveira is one of Brazil’s MMA superstars and a former undisputed lightweight champion. Although he lost to Islam Makhachev in his last fight in October 2022, he still holds the record for the most submissions in UFC history with 16, making him a favorite name in online sports betting via the UFC odds. Before losing to Makhachev, Oliveira amassed an 11-straight win streak which began in June 2018.

charles oliveira:
most ufc finishes (19)
most ufc submissions (16)
most post fight bonuses (18)
most submission wins in lightweight and featherweight divisons.

“Do Bronx” is the number one-ranked lightweight contender and seventh in the UFC men’s pound-for-pound fighters. A bounce-back victory could earn him another outright opportunity for the title, but when will Oliveira return inside the Octagon, and who will be his next opponent?

When is Charles Oliveira’s Next Fight?

Charles Oliveira’s next fight is still being determined, although a title rematch with Islam Makhachev is a strong possibility (given that Makhachev wins his first title defense against Alexander Volkanoski this February in UFC 284). Another possible opponent for the former champion is the number four-ranked contender Beneil Dariush, who is on a hot streak right now with eight straight victories.

Charles Oliveira’s entire career UFC earnings are at $5.4 million, with all his base salary, win bonuses, performance bonuses and pay-per-view points included. This total figure is surprising and underwhelming, especially since Oliveira is already a 31-fight veteran in the UFC with 12 years of experience. The biggest single-fight payout the Brazilian received was his title fight with Islam Makhachev, where he took home $1.29 million.

Charles Oliveira trains under Chute Boxe, one of Brazil’s premier MMA gyms, where he is being coached by Diego Lima, who also happens to be the team’s head coach. Alongside Lima in Oliveira’s team and corner is Alireza Noei, a multiple-time Iranian wrestling coach and Jorge Patino. During his fights, these three are also in “Do Bronx’s” corner.