When Is Conor McGregor’s Next Fight? 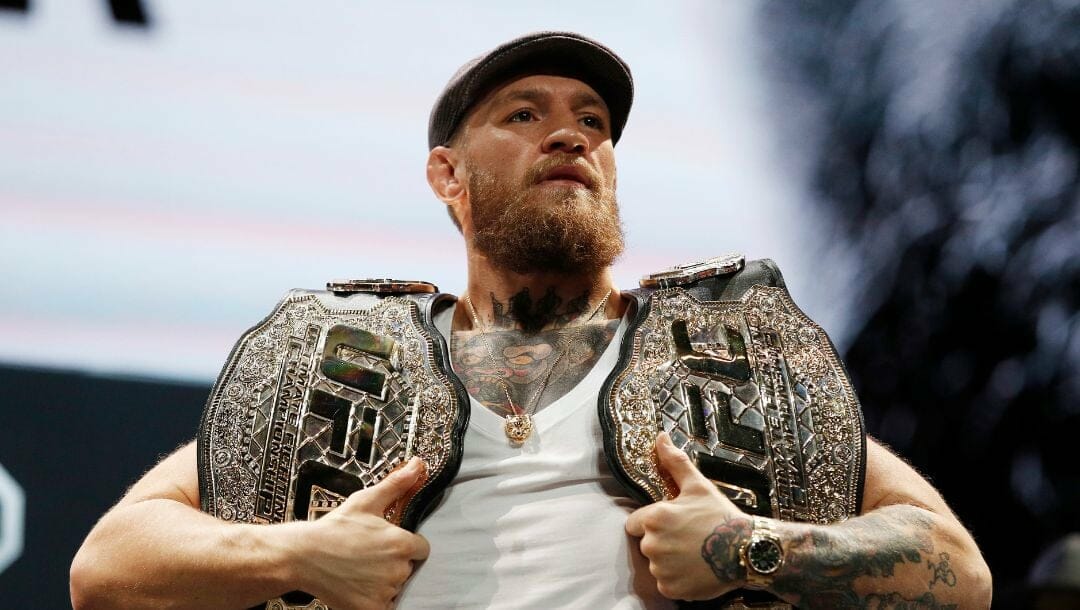 Conor McGregor is currently on a two-fight skid after back-to-back losses to Dustin Poirier in their rematch and trilogy in January 2021 and July 2021, but he is unquestionably UFC and MMA’s pay-per-view king because of his entertaining personality backed by elite skills. The former two-division UFC Featherweight and Lightweight Champion is always a top name in MMA odds and often a favorite in UFC betting.

But when will we see the Irish MMA superstar back in action? And who are the opponents linked to welcome him back in his highly-anticipated return inside the Octagon?

When is Conor McGregor’s Next Fight?

Conor McGregor is now fully recovered from the broken left fibula and tibia injury he suffered in his last fight against Dustin Poirier, which prompted a premature end to the fight due doctor’s stoppage. The “Notorious” has openly stated in his social media accounts that he intends to be back in 2023 to headline another pay-per-view event.

A line of fighters from the lightweight and welterweight divisions have expressed their desire to be his opponent in his return fight, but there is no frontrunner on who he will be fighting next, and there is yet to be a target date for his next bout.

Since his UFC debut in 2013, Conor McGregor has appeared in 14 fights, and some of his most notable wins came against Max Holloway, Dustin Poirier, Chad Mendes, Jose Aldo, Nate Diaz, Eddie Alvarez and Donald Cerrone.

As mentioned earlier, Conor McGregor is the MMA and UFC’s king of pay-per-view events, so it is not surprising that he earned the most career money among all UFC athletes, with $20,102,000. This figure only includes his base pay, performance bonuses and pay-per-view points and excludes his earnings from endorsements, sponsorships and businesses.

Aside from McGregor, other SBG Ireland athletes who fight in the UFC are Artem Lobov, Johnny Walker and John Philips.

BetMGM is the premier destination for updated UFC odds.

You can get closer to the action with a variety of MMA betting opportunities each week. From fight winner odds to live sports betting, there’s something for everyone.