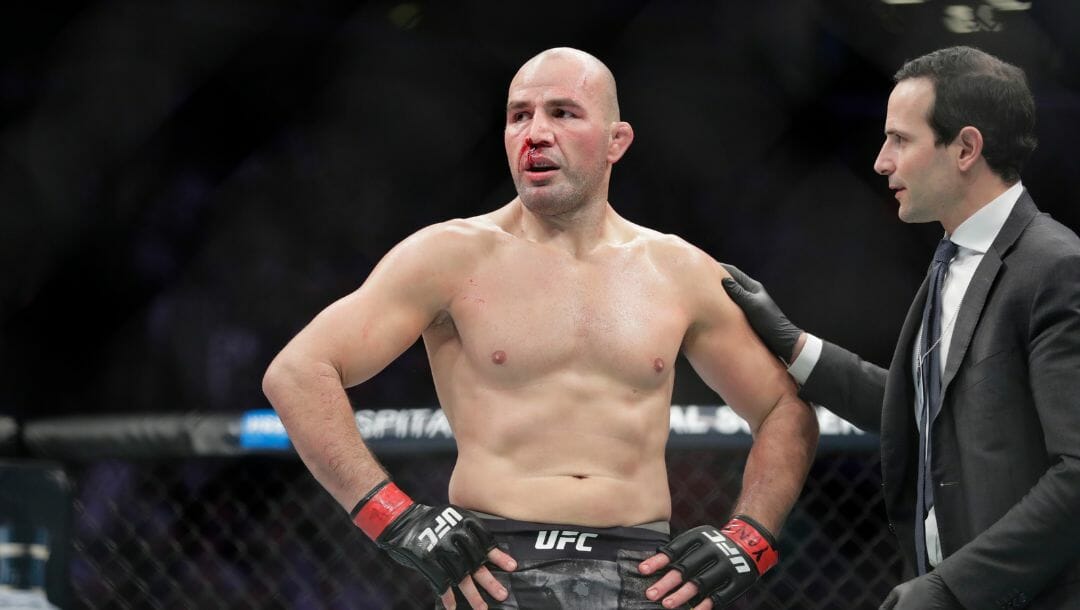 Glover Teixeira is one of the UFC’s veteran and premier fighters. He is a former UFC Light Heavyweight Champion who lost back-to-back title fights in June 2022 against Jiri Prochazka and in January 2023 against Jamahal Hill. But the Brazilian superstar was still a favorite fighter in online sports betting through UFC odds.

He became the second oldest champion in UFC history in 2021!@GloverTeixeira announces his retirement following the conclusion of #UFC283 🏆🇧🇷 pic.twitter.com/NE1xnwM9lQ

Following the third title defeat of his career in UFC 283, when will we see him fight again inside the Octagon? If so, who is going to be his next opponent?

Glover Teixeira has announced his retirement from MMA after his latest defeat against Jamahal Hill in the main event of UFC 283. He stated that he is too tough for his own good. He is expected to focus on grooming other fighters, especially Alex Pereira, who currently holds the UFC Middleweight Title.

Glover Teixeira placed his gloves in the center of the Octagon after an epic battle at #UFC283 pic.twitter.com/InEUwZPtnJ

Glover Teixeira’s total UFC career earnings are estimated at $4.7 million, including his base pay, bonuses and pay-per-view points. This overall figure covers his entire 24-fight journey under the Las Vegas-based promotion.

Teixeira’s biggest single fight payout was his last fight against Jamahal Hill, where he cashed out $1,090,000, which topped his previous career-high payout of $592,000 when he fought Jiri Prochazka in UFC 275.

Glover Teixeira trained in The Pit during his early days as an MMA fighter, where its owner and founder, John Hackleman, became his coach and trainer alongside former UFC champion Chuck Liddell.

However, in 2014, Teixeira and his wife founded a new gym in Connecticut and named it the Teixeira MMA and Fitness. Other coaches, trainers and instructors in the gym include Caio Magalhaes, Victor Torres, Julian Reza, Kenyon Moore and Logan Proctor.