Sharp Bettors are Targeting This Tuesday Night A-10 Game 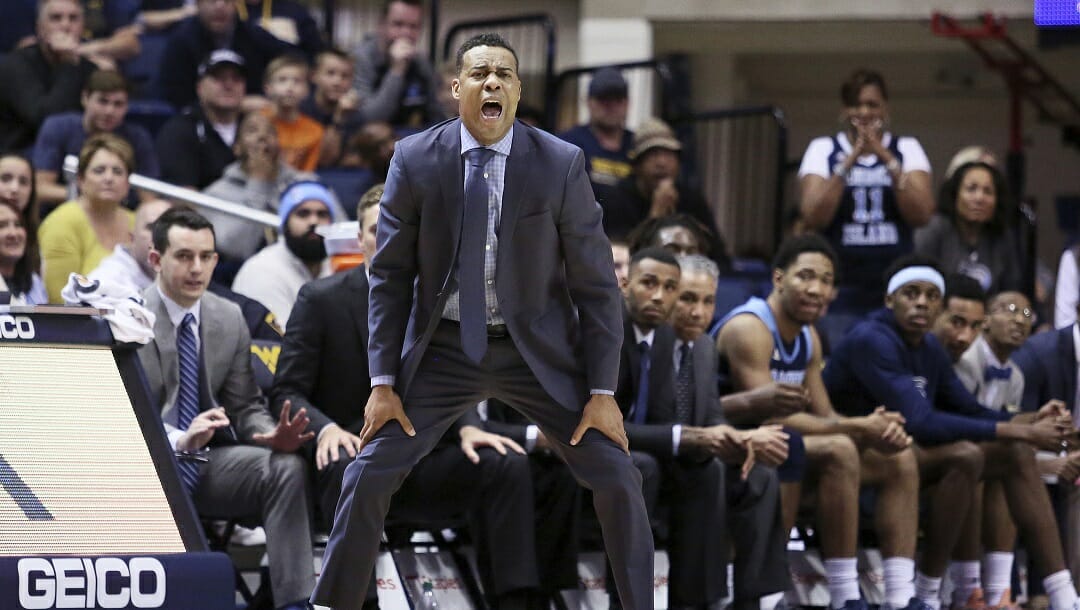 We now interrupt this NFL Conference Championship week with one of the best college basketball bets today.

There are only two major NFL betting lines to consider this week, which means many of us are in search of fresh markets to bet. Fortunately, some sneaky sharp action has shined a spotlight on an opportunity in the world of college basketball odds.

Join me on yet another online sports betting adventure in the Atlantic 10:

It wasn’t that long ago that I had a semi-reliable source here in Virginia tell me that Richmond men’s basketball coach Chris Mooney was toast. It was the winter of 2019, and the Spiders were going in the wrong direction.

I was told the administration wanted to inject some new blood into a program that had employed the same head coach since 2005. The move made sense, at the time – Mooney’s 2018-19 Spiders finished the year 13-20. It was the sixth time in eight seasons that Richmond had a conference record of .500 or worse, and UR had long since ceded regional authority to cross-town rival VCU.

But to its credit, Richmond Athletics let Mooney stick around, and he’s got the Spiders playing well for a third straight year.

Tonight, Richmond (12-7 SU, 9-10 ATS) goes on the road for an important conference game at Rhode Island. Both schools have fallen to the middle of the pack early, thanks in part to a loss to first-place Dayton; a loss tonight will send one even further from conference contention.

Rhode Island is already without Allen Betrand in the backcourt, who suffered a season-ending knee injury in November. The Rams might also be without guard Malik Martin, who is a game-time decision thanks to a knee injury of his own.

Despite the shorthanded back court depth, Rhode Island (12-5, 10-6 ATS) opened up as a 2.5-point favorite on Monday night.

However, the line started moving toward Richmond on Tuesday morning, as sharp bettors started banging the Spiders wherever the game was available. At BetMGM online sportsbook, the line moved from 2.5 to 1.5 before being flipped all the way to Richmond -1.5, which is where the line sits now.

Even better: this line movement toward Richmond is taking place despite the fact that more than 70 percent of tickets are on the Rams. In the world of college basketball odds, that’s about as good an example of reverse line movement as you’ll find.

Obviously, Rhode Island’s sub-optimal depth at guard may have something to do with the movement. But economically, the best argument for Richmond’s value in Kingston likely has to do with how good of a road team the Spiders have been this season. Richmond is 6-2 ATS as a road team of any price this season.

Even as a 1.5-point favorite, I’m following the steam and playing the road team. You should, too.