Field of Dreams Game 2022: Cubs vs. Reds Among the Corn 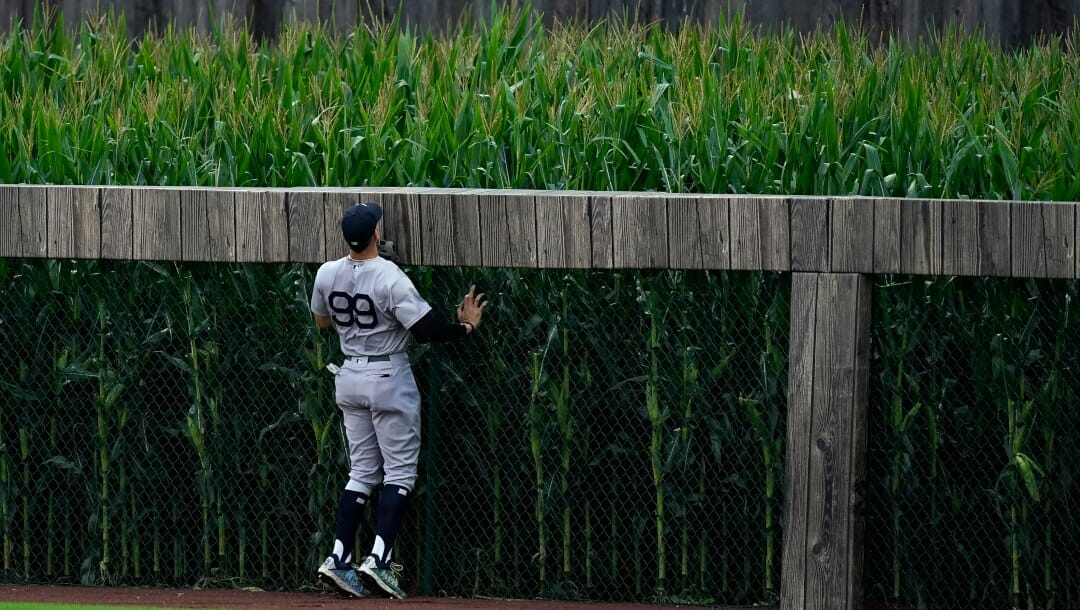 Is this heaven? It’s Iowa.

In a break from focusing on the baseball playoffs and World Series odds, the 2022 Field of Dreams game is slated for Thursday, August 11, seeing the Chicago Cubs and Cincinnati Reds face off near the set of the famous movie in Dyersville, Iowa.

Wearing vintage uniforms from 1919, the teams will emerge from the surrounding corn stalks to pay homage to the iconic baseball film, an exciting event for fans and players alike.

In last year’s game, the White Sox beat the Yankees, 9-8, on a Tim Andersen walk-off home run. The film’s star, Kevin Costner, even made an appearance. The overwhelmingly successful event has left very big shoes for the Cubs and Reds to fill this year.

A FIELD OF DREAMS IT WAS!✨

TIM ANDERSON WINS IT FOR THE @whitesox!!! pic.twitter.com/kkX4sRcgN6

Minor League at Field of Dreams

Where is the Field of Dreams?

If you build it, they will come. Located in Dyersville, Iowa, the original Field of Dreams featured in the 1989 film does not meet official MLB dimensions, so can’t be used for a regular-season game.

However, a specially constructed stadium and field is connected to the original by a pathway through the cornfield. This allows the game to preserve the overall aesthetic and experience of the film while still meeting MLB regulations.

Here are the jerseys and hats the Cubs and Reds will wear during this year’s Field of Dreams Game pic.twitter.com/LvCdUCciYD

The Field of Dreams game will be the first of a three-game series between the Cubs and Reds, two of the oldest and most historic teams in major league baseball. After the game, the teams will fly to Cincinnati to play the remainder of their series at Great American Ball Park.

As of Monday, the Reds are third in the NL Central with a record of 44-63, and the Cubs are fifth in the same division with a record of 43-64. Both teams are effectively out of contention for this season’s playoffs with the same unlikely World Series odds of +500000, but don’t let that fool you into thinking it won’t be a game to watch.

The Cubs and Reds are evenly matched for a showdown with almost equal records.

So will we see some homers fly into the corn?

The Reds’ home run leader this season is first baseman Joey Votto with 11, while second baseman Jonathan India and right fielder Tyler Naquin are tied in second place with seven. We may be more likely to see the Cubs go deep.

Chicago’s third baseman Patrick Wisdom leads the roster in home runs with an impressive 20, and catcher Willson Contreras isn’t far behind him with 16.