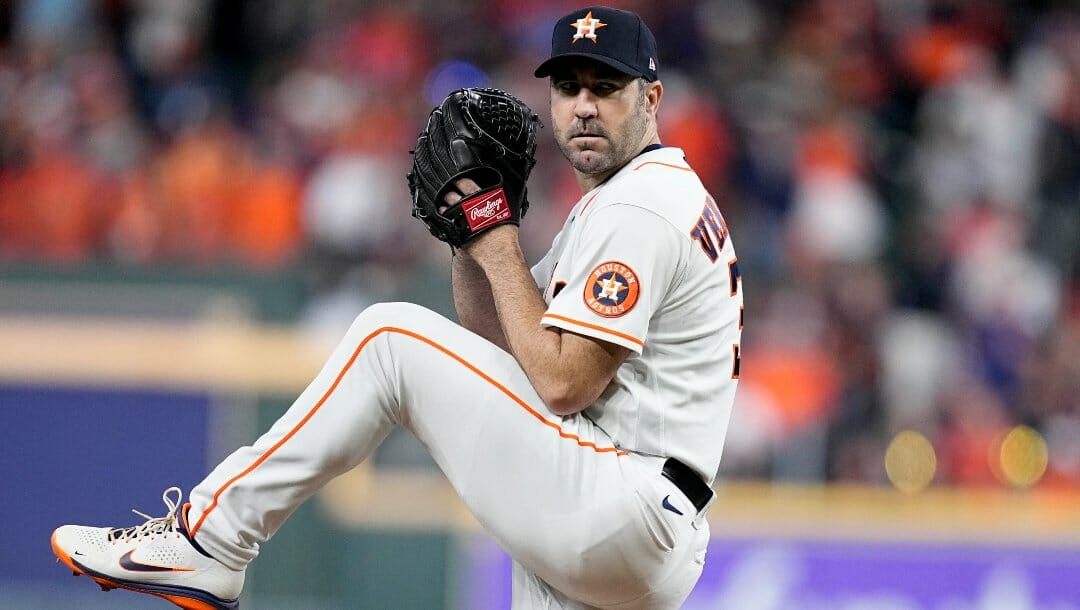 After five and a half seasons with the Houston Astros, Justin Verlander is now a free agent. He opted out of his contract on Nov. 10, just days after recording his first career World Series win against the Philadelphia Phillies.

Verlander gets the best of Castellanos as the @astros hold onto a one-run lead. pic.twitter.com/zdMh18o5f5

Despite his accolades, there were concerns about Verlander going into the 2022 season. After two years away to receive and recover from Tommy John surgery, fans questioned whether the ace would still be able to perform at the standard we’d all gotten used to seeing. Luckily, it didn’t take long for Verlander to assure everyone they had nothing to worry about.

Through the 2022 regular season, Verlander recorded an ERA of 1.75 with a WHIP of 0.83 and 185 strikeouts in 28 games. He started four games during the playoffs, managing three strikeouts against the Seattle Mariners in the AL Division Series, 11 against the New York Yankees in the ALCS, and five and six in his two games, respectively, against the Phillies in the World Series.

He joined #MLBTonight after the clinching win to compare his 2022 journey to 2017 and the special relationship Dusty Baker has with this @astros squad.@45PedroMartinez | @CY24_7 | #LevelUp pic.twitter.com/5XoRURPe6z

So with the 39-year-old showing no signs of slowing down, where could we see Verlander pitching in 2023?

When a player opts out of their contract, it’s often a fair bet that they are looking to play elsewhere — but not always. Coming off his first career World Series win, as well as his third Cy Young Award win, Verlander has a lot of negotiating power if he wants the Astros to give him more money or a longer contract.

Astros owner Jim Crane is famously a big fan of Verlander and actually played a major role in his initial trade to the team, so he’s likely to want to keep him in the Lone Star state if he can. Crane now plays a much more significant role in baseball operations than he did in previous years, so perhaps that will mean the Astros are more flexible in negotiating to cut Verlander a bigger check. Only time will tell.

The Dodgers are always in the conversation when a top player is on the market, but this matchup actually makes a lot of sense. After recording 111 wins in the 2022 regular season only to get knocked out by the San Diego Padres in the Division Series, the Dodgers have a lot to prove in 2023 — could Verlander be exactly what they’re looking for?

Los Angeles needs to sign at least one more arm. Walker Buehler is sidelined until 2024 after having a second Tommy John surgery and a flexor tendon repair in June, and Clayton Kershaw, Andrew Hearney, and Tyler Anderson are all now free agents. Tony Gonsolin, Julio Urías, and Dustin May remain in the starting rotation, but that leaves at least two spots to fill.

The Dodgers have freed up plenty of space on the payroll this offseason, and they certainly aren’t afraid of spending money on a top player. Cutting a respectable check for Verlander on a short-term deal doesn’t seem like too much of a long shot.

If you’re searching for a contending team with an owner who likes to spend money on top players, look no further than the Mets.

Like the Dodgers, the Mets had a great regular season with an unexpectedly-short postseason. After battling all year to finish first in the NL East, New York ended up tied 101-61 with the Atlanta Braves. A tie-breaker analysis ranked the Mets in second place, forcing them into the Wild Card Series, where they were eliminated by the San Diego Padres.

It was abrupt. It was disappointing. It means the Mets have something to prove in 2023.

With Jacob deGrom having opted out of his contract to become a free agent, the Mets are in the market for an ace starter. I’m sure they will continue pursuing deGrom for at least a bit longer, but if those negotiations get too expensive for New York’s liking (if that’s even a thing for big-spender Steven Cohen), Verlander is a fantastic next-best option.