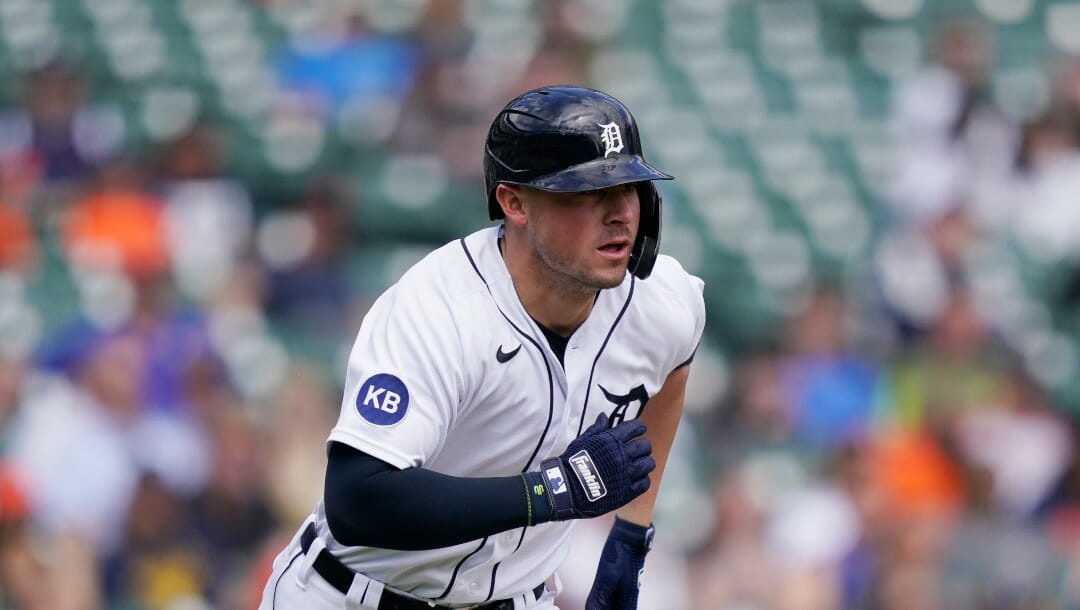 There’s plenty of young talent throughout baseball and some of these names that are in consideration for Rookie of the Year MLB odds will be future stars.

AL Rookie of the Year Odds

There are plenty of potential impact names in the American League that should factor into the Rookie of the Year race.

Bobby Witt Jr. of the Kansas City Royals at +300, Spencer Torkelson of the Detroit Tigers at +450, and Adley Rutschman of the Baltimore Orioles at +550 were the favorites entering the year to win the AL Rookie of the Year award.

There has been some MLB betting lines movement early on for this award, with Jeremy Pena of the Houston Astros now listed as the favorite at +400. Pena is followed by Torkelson and Witt Jr. at +550, with Julio Rodriguez of the Seattle Mariners and Joe Ryan of the Minnesota Twins boasting odds of +600.

With the line movement we’ve seen so far, Torkelson still checks in with the highest ticket and handle percentages at 21.8% and 21.4%. Behind Torkelson in tickets are Rodriguez and Steven Kwan of the Cleveland Guardians, who boast ticket percentages of 14.8%, and 12.9%. Looking at the handle, Rodriguez also boasts the second-highest handle percentage at 20.4%, with Kwan in third at 14.6%.

You can get a really good idea of where the numbers are at with the tickets and handle percentages, but Kwan has been the biggest riser on this list, after opening the year at +5000 and rising to +1000.

NL Rookie of the Year Odds

Much like the American League, you’re seeing plenty of stars develop in the National League with this year’s crop of rookies.

Oneil Cruz of the Pittsburgh Pirates opened the year as the favorite to win the NL Rookie of the Year award at +300 and was followed by Seiya Suzuki of the Chicago Cubs at +500, then by Bryson Stott of the Philadelphia Phillies and Joey Bart of the San Francisco Giants at +900.

There’s certainly been some line movement after the first month of the season and a lot of that movement is in favor of Suzuki.

Suzuki now sits as the favorite to take home the award this season at -140, with the only real threat being MacKenzie Gore of the San Diego Padres at +500.

Of course, players can still rise (and fall) as the season progresses, but as of this moment, it appears to be a two-horse race.

Coming over from Japan, Suzuki has been as good as advertised and a perfect fit for the Cubs, with his interest from the public aligning with his impact, as he paces the field with 39.2% of tickets. The next closest players in terms of tickets are C.J. Abrams of the Padres at 11.2% and Stott of the Phillies at 7.4%.

Looking at the handle, it shouldn’t be a surprise that Suzuki is dominating this as well at 65.6%. Behind Suzuki in handle percentage is Abrams at 9.2% and Gore at 3.5%.